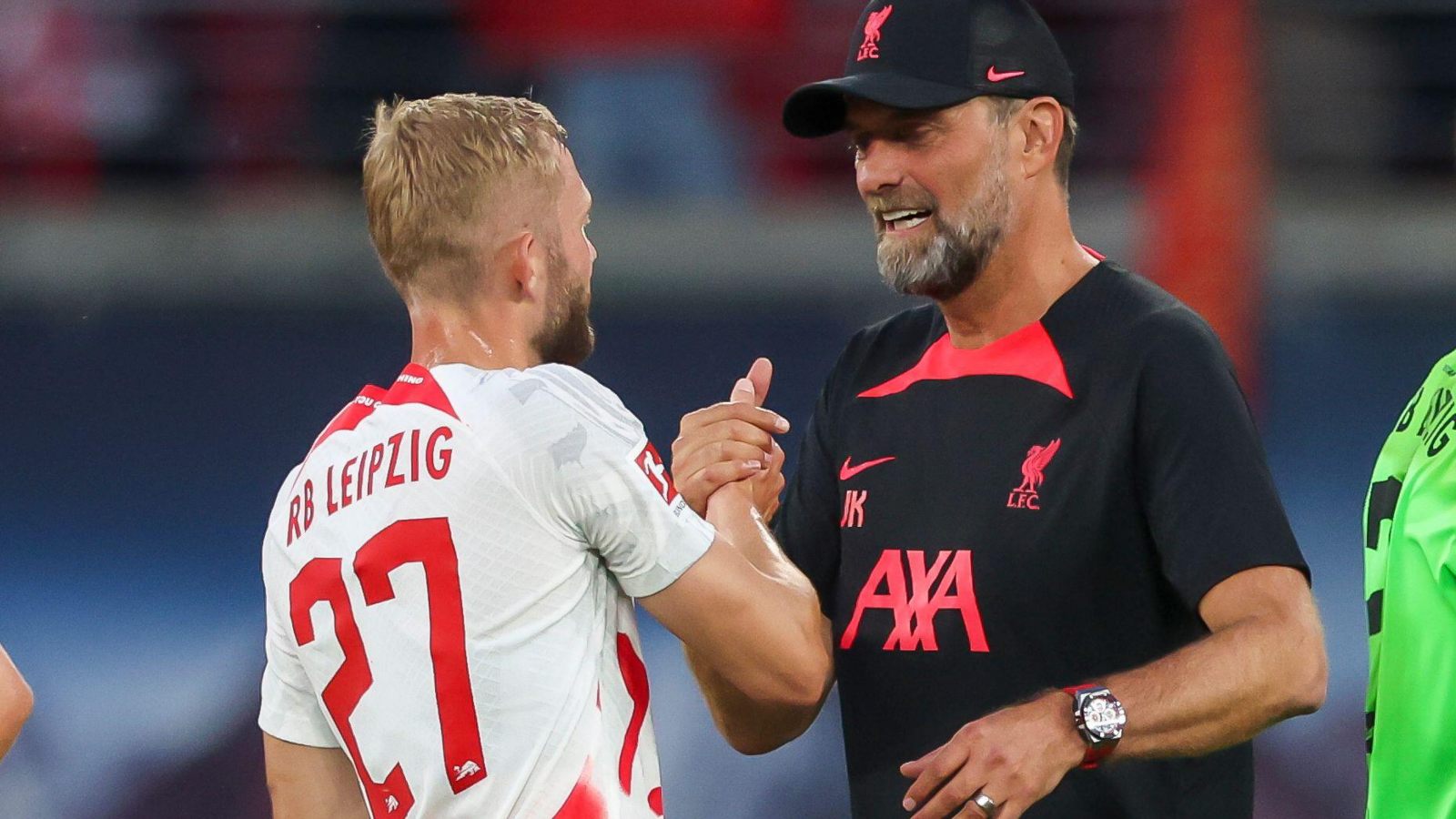 RB Leipzig star Konrad Laimer has insisted a move to Liverpool in the transfer window was not on the cards as “a hasty departure is not my thing”.

Liverpool ended up scrambling for a new midfielder at the end of the window, eventually signing Arthur from Juventus on loan for the season.

The Reds have an option to make the Brazilian’s move permanent should they wish, but are also widely expected to make a big-money move for Jude Bellingham.

Hoping they could hold out until they could land the England international from Borussia Dortmund, Jurgen Klopp has consistently said he didn’t require a new midfielder this season, before admitting it was a mistake not to push for one earlier in the summer.

They were linked with a host of midfielders in the latter stages of the window, including Moises Caicedo from Brighton and Denis Zakaria, who instead joined Chelsea on deadline day.

Another reported target was Laimer, who has impressed for Leipzig since his move from RB Salzburg in 2017.

The Austria international – valued at £25m by Transfermarkt – was heavily linked with a move to Bayern Munich this summer and was said to be ready to leave Leipzig for their Bundesliga rivals.

But he’s stayed, and claims he would not have considered a move to Liverpool so late in the window.

“It wasn’t so hot that anything would have happened,” Laimer told BILD when asked about apparent interest from the Reds.

“A hasty departure is not my thing. If I were to change clubs, I would want to think it through and decide calmly, not overnight.

“Especially since the first half of the season is very short anyway due to the World Cup and you wouldn’t have had time to settle in and find your feet.

“The Premier League is nice, but for me it’s not a must. It’s much more important to me: how do people talk to me, what feeling do I have about something.”

On Arthur, Klopp said: “He is a really good footballer, who has had a very exciting career already and is still pretty young. He is coming into best age for a footballer.

“He gives us rhythm, he is a really good passer, has speed with the ball, and is safe on the ball. He is really good in tight areas so I like the transfer a lot.

“Why can you loan a player like this? Didn’t work out 100% at Juventus. I see it as positive because potential is still there. We play differently to Juventus. I thought could fit pretty well so we’re really pleased.”