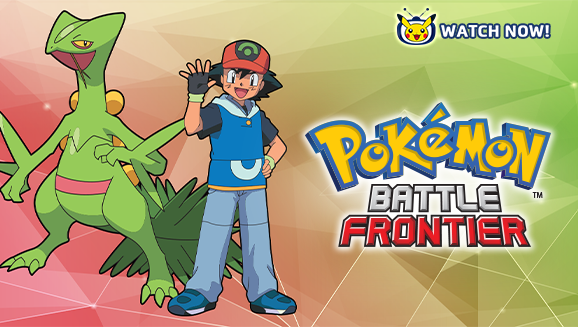 The Pokémon anime has been on the air for decades, which makes for a ton of episodes to sift through. Slowly but surely, the Pokémon TV series is going through each season and adding it for fans around the world to watch. The latest batch of episodes has been gathered and processed, making them available for your viewing pleasure today!

After competing in the Hoenn League, Ash and Pikachu return to the Kanto region for the next stage of their journey in Pokémon: Battle Frontier. In this season of Pokémon the Series, Ash takes on the Battle Frontier, traveling the region to battle powerful Trainers called Frontier Brains and earn Battle Frontier Symbols. He’s not alone on his adventure, of course: His old friends Brock, May, and Max are right by his side as they face other challenges like Pokémon Contests and the Kanto Grand Festival. Our heroes even meet a Pokémon Ranger and some incredibly rare Pokémon!

You can catch Season 9 episodes today on watch.pokemon.com or the Pokémon TV mobile app. The Pokémon TV app is now available for Switch as well!