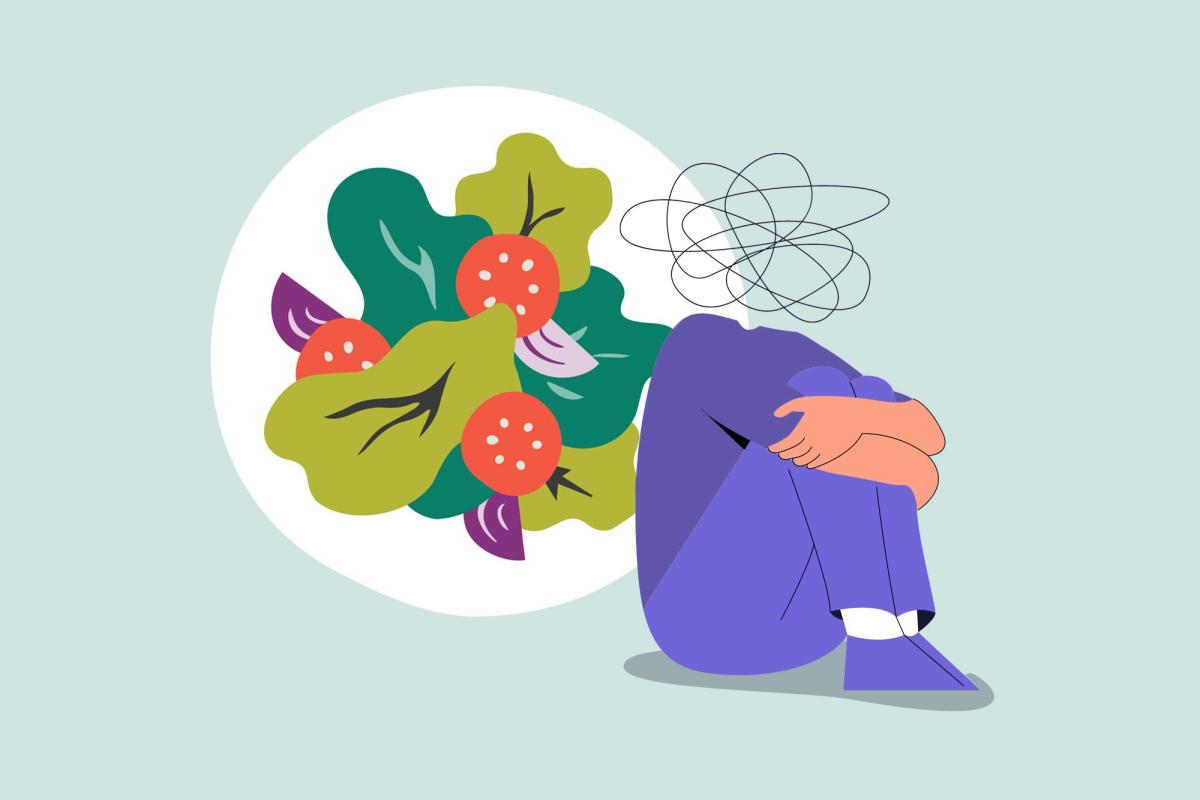 While most members of Team EatingWell still savor seafood, poultry, pork, beef and other animal proteins on occasion, we rely heavily on mainly whole-food, plant-based recipes since they’re downright delicious, make our bodies feel strong and vibrant and because the health benefits of a plant-based diet have been proven time and time again. Those who eat a plant-forward diet tend to experience:

But a new study just published in the Journal of Affective Disorders suggests that those who skip meat entirely—aka vegetarians and vegans—might experience more mental health challenges. In fact, they found that Brazilian adults who followed a meatless diet experienced “depressive episodes” about twice as often as their meat-eating peers. Several medical experts are calling these findings into question, though. Read on for the dish.

Related: The Health Benefits of Journaling, According to Mental Health Professionals

What This Mental Health Study Found

To reach this conclusion, researchers tapped 14,216 Brazilian adults aged 35 to 74 to complete a food frequency questionnaire, which was then used to see if they followed a meatless diet. Using a tool called “Clinical Interview Schedule-Revised,” they also surveyed the participants to learn whether, and how often, they experienced episodes of depression.

After crunching the numbers, the scientists found that independent of alcohol intake, smoking status, body size and activity levels, those who followed a meatless diet reported twice the frequency of depressive episodes. (BTW, the Anxiety and Depression Association of America defines this as a low mood, decreased interest in or joy from daily activities and experiencing other symptoms of depression. If this lasts for two weeks or more, it’s defined as a “major depressive episode,” the National Institute of Mental Health explains.)

The exact reason for the findings is unclear, the study authors admit, and the way the research was performed is not strong enough to prove a cause-and-effect relationship. All data was gathered via self-reports, which are notoriously inaccurate, and there could definitely be other factors at play. For instance …

There were also an extremely small number of meatless eaters in the study as a whole: just 82 people out of the 14,000, or 0.6%. The authors admit that they probably didn’t find a representative sample, since 5% to 14% of Brazilians claim they follow a vegetarian diet. Regardless of whether it was a fair depiction of Brazilian diets at large, the rate of meatless eaters involved in this study is so small, it’s extremely difficult to prove that the findings are significant enough to be universal.

The authors explain that they adjusted for other dietary factors, including protein and micronutrient intake, to try to level-set. As a result, they believe that nutrient deficiencies don’t explain the link between meatless meals and overall mood. Instead, they suggest that other scientists continue diving into this topic to try to explain why.

That being said, other medical experts concede that there are several nutrients that vegetarians and vegans might fall short on that relate to mental health. Overall mood, levels of anxiety and/or depression, stress, sleep, memory and attention can all be impacted by levels of nutrients such as vitamin B12, omega-3 fatty acids, zinc, magnesium, selenium and certain amino acids (protein building blocks), certain enzymes and proteins.

Another recent study, including 6,578 French participants and published May 2022 in the Journal of Health, Population and Nature, reported no link between meatless diets and likelihood for depression and anxiety. A meta-analysis of 23 studies published in the journal Nutrition Bulletin in January 2022 found that there is simply not enough evidence either way to link a meatless diet to any shift in depression or anxiety rates.

Related: 4 Ways Going Outside Can Improve Your Mental Health, According to Research

A new study claims that Brazilians who follow a meatless diet tend to be twice as likely to experience a depressive episode, but if you zoom out and look more universally, there’s a lot more to consider in the overall scientific database related to vegetarianism and mental health.

Eating fewer animal products and more plants might actually be two of the most impactful ways to lower your risk for depression, according to a July 2017 Psychiatry Research meta-analysis we shared earlier in our guide to how to eat healthy when mental health makes doing things feel hard. In addition, eating more fruits and vegetables might lower stress levels by 10%.

Chances are high that other long-proven risk factors for depression, including those below, have much more of an impact on mood and mental health than whether or not you eat meat:

If you or someone you know is experiencing symptoms of depression, reach out to your doctor or health care team to identify the best ways to find help.

Up Next: Walking May Lower Risk for Depression by 18%, According to New Research