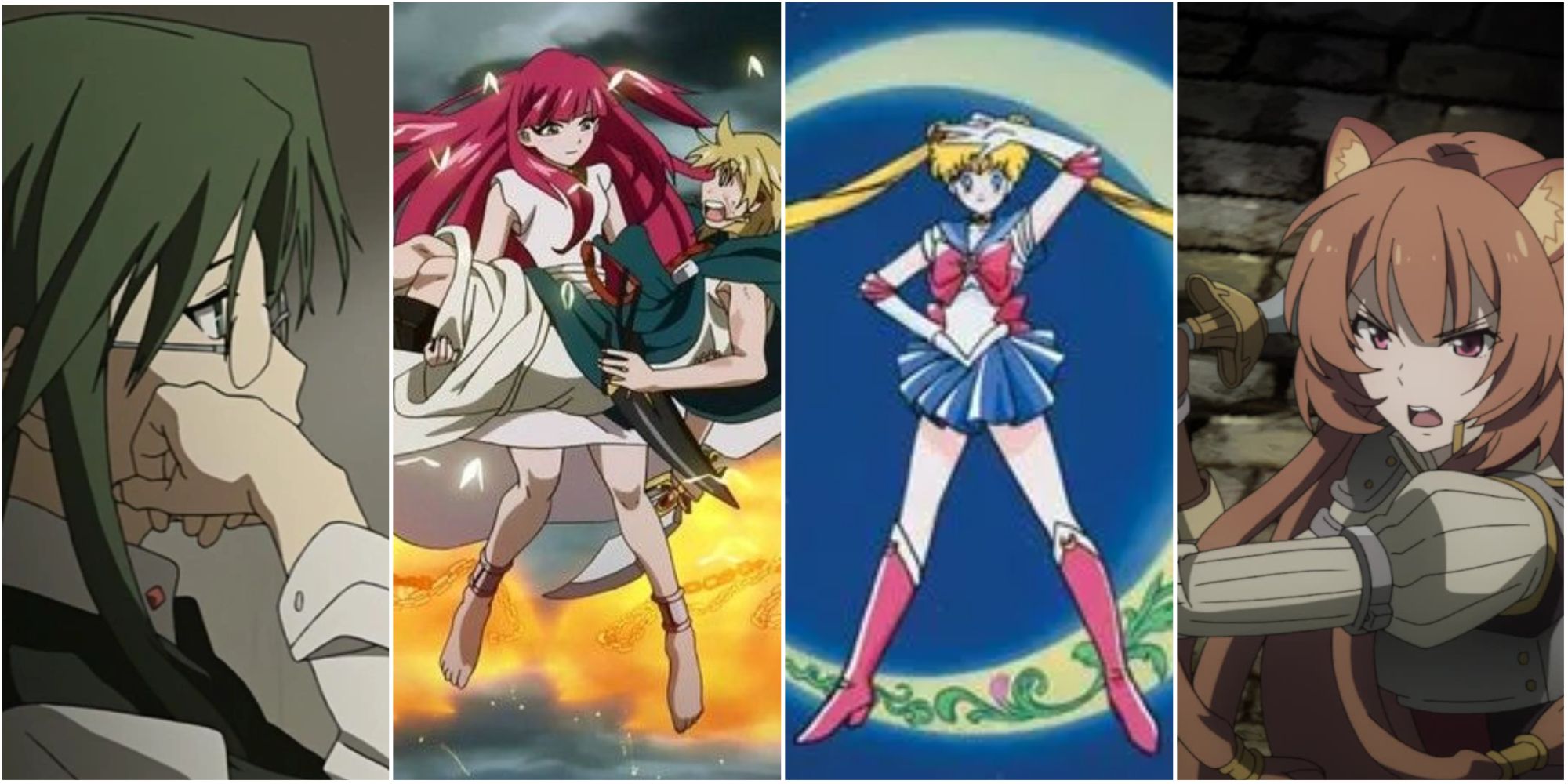 The ‘damsel in distress’ trope is a common female character archetype, in which a character is faced with a danger that another character (usually the protagonist or a romantic interest) must rescue them from. This trope predates anime, but it can often be found in the medium.

Related: Movies That Parody The Damsel In Distress Trope

While a ‘damsel in distress’ narrative can be well-executed, and even be fun to indulge in as a guilty pleasure, the trope can get tiresome and cliche, especially when it’s so often used to depict a particular gender. For viewers who want a fresh spin on a centuries-old story device, here are some anime that parody the damsel in distress trope.

Although the Forger family is made up of exceptional individuals, there is no doubt that Yor Forger possesses the most physical prowess, a trait usually attributed to male characters. While her husband Loid can certainly hold his own in a fight, his true strength lies in his brain whereas Yor is the brawn of the couple.

Yor is interestingly associated with a notable damsel in distress, Sleeping Beauty also known as Briar Rose. Yor’s maiden name is Briar and her assassin alias is “Thorn Princess” a reference to the thorns that surrounded the princess’s castle in the fairy tale.

9 Magi: The Labyrinth Of Magic

This One Thousand and One Nights inspired fantasy anime may be headlined by Aladdin and Alibaba, but it still features a variety of amazing female characters. Its women are some of the most powerful individuals in the series, with tritagonist Morgiana at the helm.

Although she is initially “saved” by the two primary protagonists, she quickly becomes vital to the pair with her very rarely matched physical strength and combat skills, coming to their rescue multiple times in the show and becoming the “fighter” of the group.

Sailor Moon boasts an enormous collection of badass women but its most notable character, one of the most iconic female characters in anime, is its eponymous heroine, known alternatively as Usagi. Usagi has many of the characteristics of a typical damsel in distress, she’s girly, ditzy, and extremely emotional. Yet, she’s the strongest character in the show, both in magical ability and mentally, often being the one to turn the tide when things are dire.

Sailor Moon symbolized that femininity didn’t equate to weakness, that one could save the world and look absolutely amazing doing it.

The strong, silent type is a character archetype typically utilized for fictional men, but this breathtaking anime applies it to a female protagonist who is doll-like in both her elegant looks and stoic demeanor.

Both Violet’s superhuman strength and seeming apathy are major subjects of the anime, with her strength stunning those around her and her detached nature leading those same people to question her humanity. Like male characters with similar personalities, Violet’s initial spark to change and open herself up to her emotions is ignited by a love interest.

This acclaimed shojo anime’s protagonist, Tohru, embodies many ‘damsel in distress’ characteristics and often needs to be rescued by those around her. The inciting incident that kicks off the plot is Shigure and Yuki offering Tohru a room in their home lest she have to face off against the forces of nature, a chain of events quite similar to those experienced by a certain apple-loving damsel.

But despite Tohru often stepping into the trope’s role, it’s her influence that pushes the Soma family to rebel against Akito’s will, break the Zodiac curse, and heal from the trauma they’ve suffered. In the end, she’s the show’s savior.

In a series filled to the brim with anguish and trauma, the anime’s male protagonist Shinji is the most outwardly fragile of the cast, leading the main female characters to overshadow him with their strong personalities and a wider range of skills. As the true darkness of the show begins to seep into the plot, the cracks in these women’s armors are exposed.

But when these damsels are in distress, Shinji doesn’t ride in on his white horse and save them. No one saves them. They suffer until they decide to save themselves because they’re the only ones who can.

Inspired by Swan Lake and The Ugly Duckling, this ballet anime follows aspiring ballerina, Duck, as she pirouettes her way to fixing the heart of her first love, Mytho. Although there are moments where she receives help, Duck is primarily who dances the ballet battles of the show and protects Mytho, who in contrast spends most of the series as the ‘damsel in distress’.

Princess Tutu also defies convention by having Mytho end up with another woman and Duck returning to her true form as a duckling. Yet, Duck is satisfied with the heroine she became and looks forward to the next chapter of her story.

In this infamous harem anime, the role of ‘damsel in distress’ is usually taken up by Tsukune, the protagonist of the series and the only human at a boarding school for monsters, where he is essentially at the bottom of the food chain. Luckily, his harem of supernatural love interests is there to rescue him when he gets into trouble.

Unlike typical shonen harems, the girls don’t fall for Tsukune because of his strength or ability (since he doesn’t really have it to begin with) but because of his kindhearted nature.

Alongside its abundance of violence and sex, this seinen anime features a primarily female cast, headed by its eponymous protagonist, Rin. Having been alive for centuries due to a mystical tree spore that grants immortality to the women it enters, Rin has honed her physical and intellectual abilities. She fights the battles of the series, and she solves the mysteries.

And although there are certainly plenty of scenes of Rin in distress throughout the show, she nearly always is responsible for saving herself and those around her (or waits for the immortal healing to kick in).

1 The Rising Of The Shield Hero

While most fantasy action animes (especially those centered around male characters) portray their primary protagonists as wielding the most powerful offensive abilities, The Rising Of The Shield Hero’s titular protagonist is stuck with a far less glamorous defensive role. Naofumi’s lack of combat prowess forces him to seek out stronger allies, the majority of which are female, to do the fighting for him.

The series’ heroine, Raphtalia, becomes the sword to his shield, in the reverse of the typical male protagonist and female deuteragonist archetypes.

Next: Games That Parody The Damsel in Distress Trope