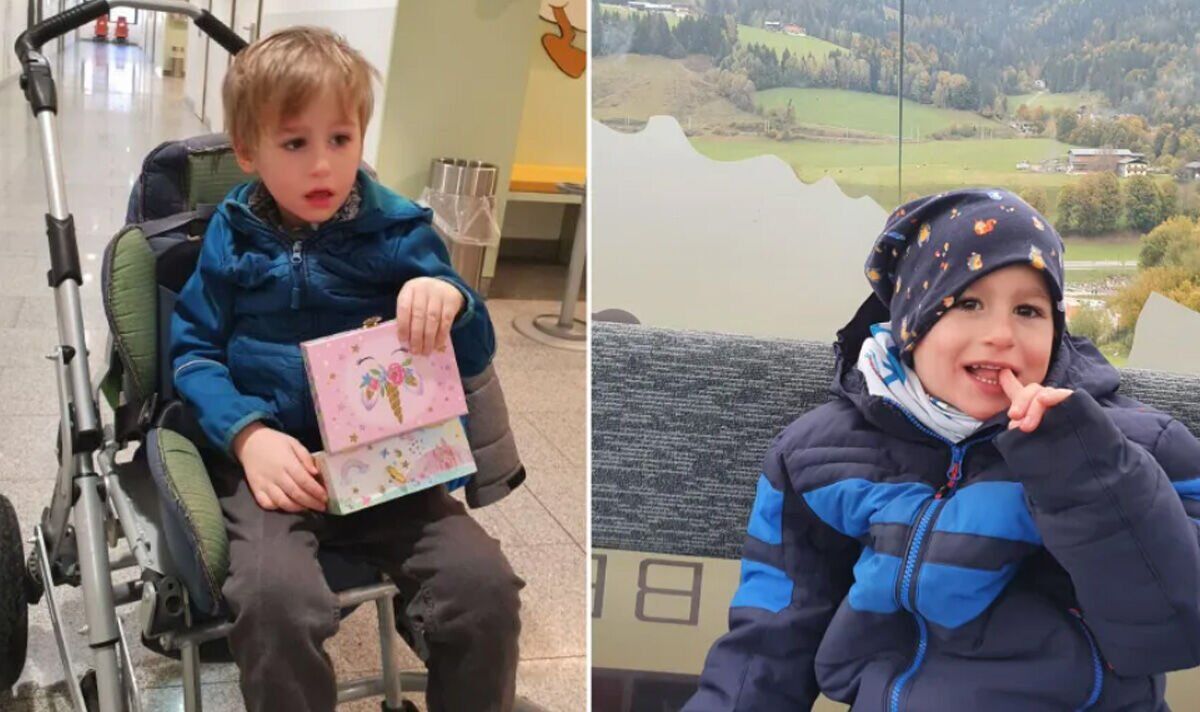 The dad, 37, was pushing his son Leon in his special needs chair at around 4am on August 29 in St.Johann in Tirol, Austria. According to police, the dad was struck on the back of the head with a bottle by an unidentified assailant.

Leon suffered from a rare genetic condition SYNGAP1, which causes severe learning disabilities. After his father reportedly fell to the ground unconscious, Leon was left to wander around, disorientated.

His condition meant he was unable to speak. Tragically Leon fell into the nearby Kitzbueheler Ache river, and drowned.

His cause of death was confirmed by an autopsy later the same day. A passerby found the dad when he returned to consciousness at around 5.20am.

Police said he could not remember what had happened but asked about his son.

By that point, Leon’s pushchair was nowhere to be seen. While dozens of kind locals joined the search to find the young child, the worst was confirmed an hour later when his body was pulled from the river.

Police believe Leon climbed out of the pushchair on his own, and then unintentionally fell into the river and was swept 600 metres downstream, where he was found dead. In a surprising discovery, the father’s mobile phone and wallet were found in the immediate vicinity of the crime scene.

They also raised questions about why he would take his son out at such an early hour.

But local media pointed out that this could have been due to Leon’s condition. The condition interrupts his sleep, possibly explaining why his father would take him out at that time.

Police had not yet spoken to the father as of this morning. He is currently in hospital, and his name is being withheld.

According to Police, he was an Austrian national. The investigation is ongoing.