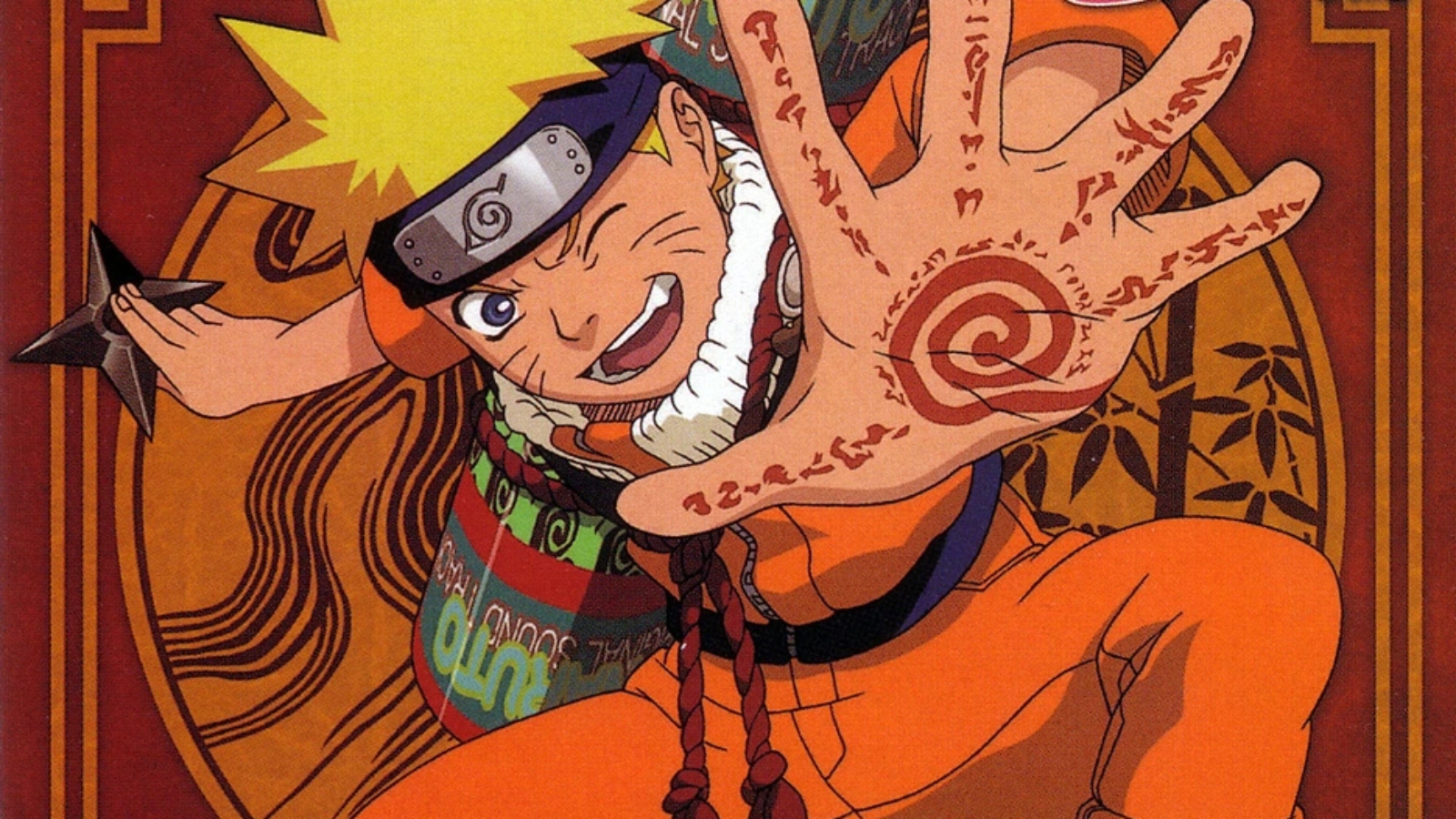 While anime isn’t for everyone, the medium’s stimulating collection of original soundtracks are enough to rouse viewers to fever pitch or give rise to an air of melancholy using songs imbued with poignance and longing. Depending on the sub-genre, anime soundtracks can inspire, motivate, or devastate. Regardless of which emotions these songs evoke, anime aficionados keep coming back for more. Even if it’s enduring heartbreak, forbidden romance, epic skirmish or everything in-between, there’s always killer music to heighten the impact of the visuals. When jaw-dropping animation meets aesthetic composition, Japanese anime transcends mere storytelling and becomes a groundbreaking testament to modern technology and human capability.

Featuring some of the most successful and influential anime of all time, here are the most electrifying, heart-rending, and monumental soundtracks to exist in Japanese culture.

Along with the anime itself, the Attack on Titan soundtrack was released in 2013 and composed by Hiroyuki Sawano, who also worked on the musical scores for popular anime like The Seven Deadly Sins and Blue Exorcist. Featuring songs such as “The Reluctant Heroes,” “Eye-Water,” and “Army-Attack,” the Attack on Titan soundtrack — at least for the first season — saw Sawano collaborate with MPI, a vocalist and lyricist who has partnered with Sawano since 2008. MPI’s vocals can be heard during “Barricades” and “Call Your Name.” Attack on Titan’s soundtrack comprises several albums from Sawano, namely The DOGS, YAMANAIAME and various iterations of Attack on Titan Original Soundtrack — with the numerics or wording altered to correspond with Season 1, Season 2, Season 3, and The Final Season. Considering the premise of Hajime Isayama’s dark fantasy anime, it makes sense that many of the Attack on Titan tracks prioritize heavy drum beats, raucous guitar solos and an operatic choir as back-up.

The infinitely popular Cowboy Bebop anime was accompanied by multiple soundtrack albums with a principal focus on jazz. These albums were collaboratively composed by Yoko Kanno and Seatbelts, a diverse band founded by Kanno. As an outlet for many of the Bebop tracks, the official Cowboy Bebop soundtrack begins with “Tank!,” the series’ opening theme. There are several other memorable tracks, such as “Bad Dog No Biscuits,” “Space Lion,” and “Too Good Too Bad.” Shortly after the Seatbelts album released in May 1998, a follow-up mini-album titled, Cowboy Bebop Vitaminless was unveiled in June 1998, featuring the end-credits theme: “The Real Folk Blues.” In harsh contrast to the Attack on Titan soundtrack, Cowboy Bebop chooses a more mellow melody and appropriately utilizes the “bebop” sub-genre of jazz, which is distinguishable by its fast tempo and abrupt chord changes, to pay homage to the series’ title.

Jojo’s Bizarre Adventure, an anime adapted from Hirohiko Araki’s best-selling manga, focuses on the Joestar family through many generations, specifically between the 19th and 21st century. Members of the Joestar family are prophesied to defeat supernatural foes using the mysterious powers they possess, and all of their names can be abbreviated to “JoJo.” Within the Jojo’s Bizarre Adventure soundtrack, there are many fan-favorite scores, including the most famous of them all, “Stardust Crusaders,” which is the theme song for one of the Joestar brethren, Jotaro Kujo. The theme became iconic because it would always feature as the prelude to a battle. The original soundtrack for Jojo’s Bizarre Adventure was collaboratively composed by Toshiyuki O’mori, Takatsugu Wakabayashi and Kōhei Tanaka, who are all accredited singer-songwriters and musicians. Typically, the tracks comprise a polished brass section, some brazen guitars, and incorporate some funky backbeats.

Most of Neon Genesis Evangelion‘s music was composed by Shirō Sagisu, who also had a hand in the original TV show’s three OST albums. In 1997, Sagisu received the Kobe Animation Award for “Best Music Score” — a well-deserved triumph. There have been umpteen remixes and compilations made using the Neon Genesis Evangelion soundtracks, resulting in 12 original soundtracks, four compilation albums, six studio albums, two live albums and even a score for the Sega Saturn’s 1997 video game Neon Genesis Evangelion: 2nd Impression. Japanese singer Yoko Takahashi was responsible for performing “A Cruel Angel’s Thesis,” which would become the opening theme song for the series, and Bart Howard’s “Fly Me to the Moon” was used for the ending theme, performed by various vocal artists. Other songs include “Tamashii no Refrain,” used in Evangelion: Death and Rebirth; “Thanatos -If I Can’t Be Yours-,” used in both Death and Rebirth and The End of Evangelion; and “Beautiful World,” used in the Rebuild of Evangelion series of films. Most Neon Genesis Evangelion tracks feature violin, piano and guitar, which combine to create a classic harmony that borrows from Japanese scales.

The soundtrack belonging to the most influential anime of all time was composed by Yoshihisa Hirano and Hideki Taniuchi; tracks 1-18 were composed and arranged by Taniuchi, while tracks 19-28 were composed and arranged by Hirano. Additionally, the opening and ending themes were sung by the Nightmare, a Japanese rock band from Sendai, consisting of lead singer Yomi, lead guitarist Sakito, rhythmic guitarist Hitsugi, bass guitarist Ni~ya and drummer Ruka. Their songs “The World” and “Alumina” in the Death Note anime helped them gain international recognition and Nightmare have been considered huge influences on the visual kei (elaborate hairstyles and make-up) scene. The Death Note tracks are compiled into Death Note Original Soundtrack I, II and III, including songs like “Death Note,” “Black Light,” and “Confrontation.” There are also albums dedicated to the Death Note TV drama and Netflix live-action film.

Ghost in the Shell

There are way too many individual tracks used in the countless episodes and feature-length films in the Pokémon franchise to name each one separately, so for the sake of this list, we’re focusing on the Pokémon feature-film soundtracks. Pokémon: The First Movie was a game-changer for Satoshi Tajiri and his friend Ken Sugimori’s world-famous creation, which saw unfathomable success in 1999 after switching from the small-screen anime to the big-screen blockbuster.

There isn’t just one composer to credit for the First Movie soundtrack, since there were over 100 musicians cooperating on its development. While some songs didn’t feature in the movie or the short Pikachu’s Vacation, the craftsmanship needed to reduce an audience to tears with songs like “If Only Tears Could Bring You Back” is no small feat. None of us could ever forget Pikachu mourning Ash’s loss after the battle against MewTwo, one of the most heart-wrenching animation sequences to ever come from Japan. Other soundtracks used in Pokémon films, such as Pokémon Ranger and the Prince of the Sea: Manaphy Music Collection and Pokémon The Movie: The Power of Us OST were composed by enormous talent like Ed Goldfarb, who worked on the Pokémon anime in the music department, and Shinji Miyazaki, who contributed to the Pokémon film soundtracks from 1997 to 2019.

Another beloved anime, One Piece has some of the most distinguishable music in all of Japanese culture. Based on the manga of the same name by Eiichirō Oda, One Piece has made over 100 musical CDs. Many theme songs and character songs were released on 51 singles, while many others were compiled on either the eight albums or 17 soundtrack CDs — included with background music from the anime, feature films and video games. Kohei Tanaka and Shirō Hamaguchi are the mainly responsible for One Piece‘s anime soundtracks, including OVAs, TV specials and films, all those except One Piece: Film Gold, which was composed by Yuki Hayashi — all with help from several other artists. Over 50 albums and theme songs and nine compilation albums, One Piece has one of the most extensive libraries to exist in Japanese animation, which led the franchise to greater heights, as it often stood out for its music, which Anime News Network describe as the “usual mix of trumpeting pirate bombast, rocking action music, and catchy individual themes.”

Many of Naruto‘s compositions are the result of masterful artistry by Yasuharu Takanashi, a prolific composer and arranger for anime series and video games, who also worked on Fairy Tail, Log Horizon, Shiki, Hell Girl, and Record of Ragnarok. Otherwise, MUSASHI PROJECT and Toshio Masuda can be credited with composing the Naruto OST, which includes songs such as “I Said I’m Naruto,” “Naruto’s Daily Life,” and “Need to Be Strong.” Individual songs like “Re:member,” which was used as the eighth opening theme song for Naruto, were borrowed from Japanese rock bands such as Flow, whose music has been featured in the opening sequences of many anime series. Not many anime series can boast music as emotional and consistently exceptional as Naruto, so it shouldn’t be too unexpected that the visualization of Masashi Kishimoto’s manga would be included among the greats. If there were ever any denial about how impactful Naruto‘s soundtracks can be, the countless covers on YouTube should prove the point.

Having worked on classics like Mobile Suit Victory Gundam and Rampo, Akira Senju composed the entirety of Fullmetal Alchemist: Brotherhood‘s OST, which contains songs like “Laws of Alchemy,” “One is All, All is One,” and “Trisha’s Lullaby.” As the name suggests, Fullmetal Alchemist features some “full-metal” music, influenced by heavy metal and grunge sounds. The music has a rigid, almost militaristic sound, which pumps up an audience much more than the music from its predecessor, Fullmetal Alchemist (2003). There are many more drums beats, reminiscent of war drums used by Native American tribes, that give Brotherhood its distinctive late 1960s-1970s rock feel. While the music from Fullmetal Alchemist (2003) reflected emotions and built itself around the story and characters, Brotherhood has several tracks that produce the opposite, jarring effect on an audience in stark contrast. Either way, each soundtrack caters to its own needs within the narrative, whether that calls for heartbreak or a rush of adrenaline.