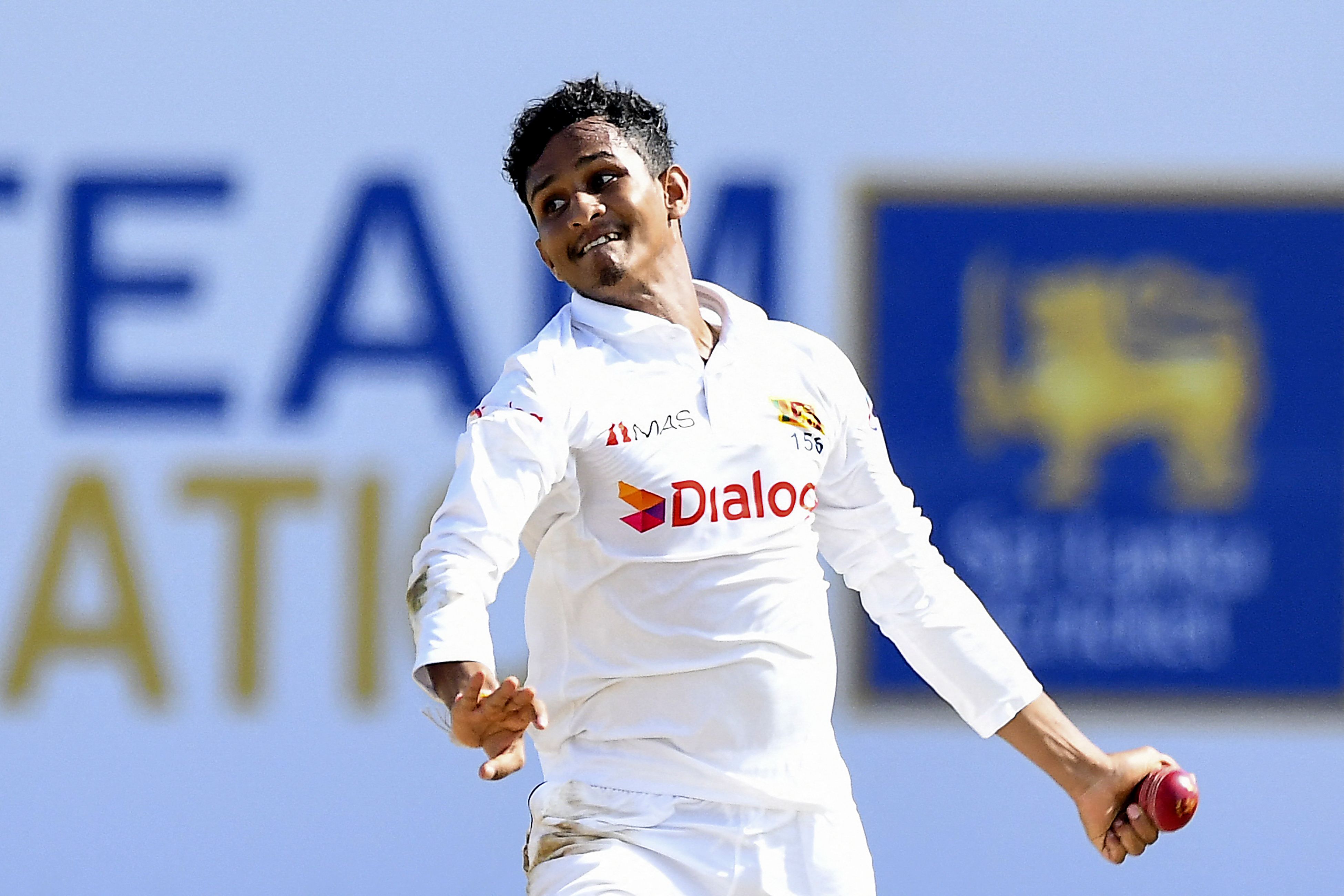 Sri Lanka’s left-arm spinner Praveen Jayawickrama has been ruled out of the second and final Test against Australia after testing positive for COVID-19.

“The player was found to be Covid positive when he was tested (Rapid Antigen Test) this morning, as he complained of feeling unwell,” the Sri Lanka Cricket board said in a release on Monday, 4 July. “Jayawickrama was immediately isolated from the rest of the team members and now will remain in room isolation for five days.”

The rest of the Sri Lanka players have returned negative results.

Previously, star all-rounder, Angelo Mathews tested positive late on Day 2 of the first Test, and was subsequently ruled out of the contest; Oshada Fernando was called in as his replacement.

Sri Lanka are hoping for Mathews’ return, should he recover in time for the second Test, which starts on Friday, 8 July. Australia are leading the two-match series 1-0, after sealing a convincing win in the first Test by 10 wickets.

Australia are currently sitting at the top of the ICC World Test Championship standings with a win percentage of 77.78 while Sri Lanka are No.6 with 47.62 win percentage.

A win in the final outing will not even help the hosts share the series trophy, they will climb above West Indies and Pakistan in the WTC table.