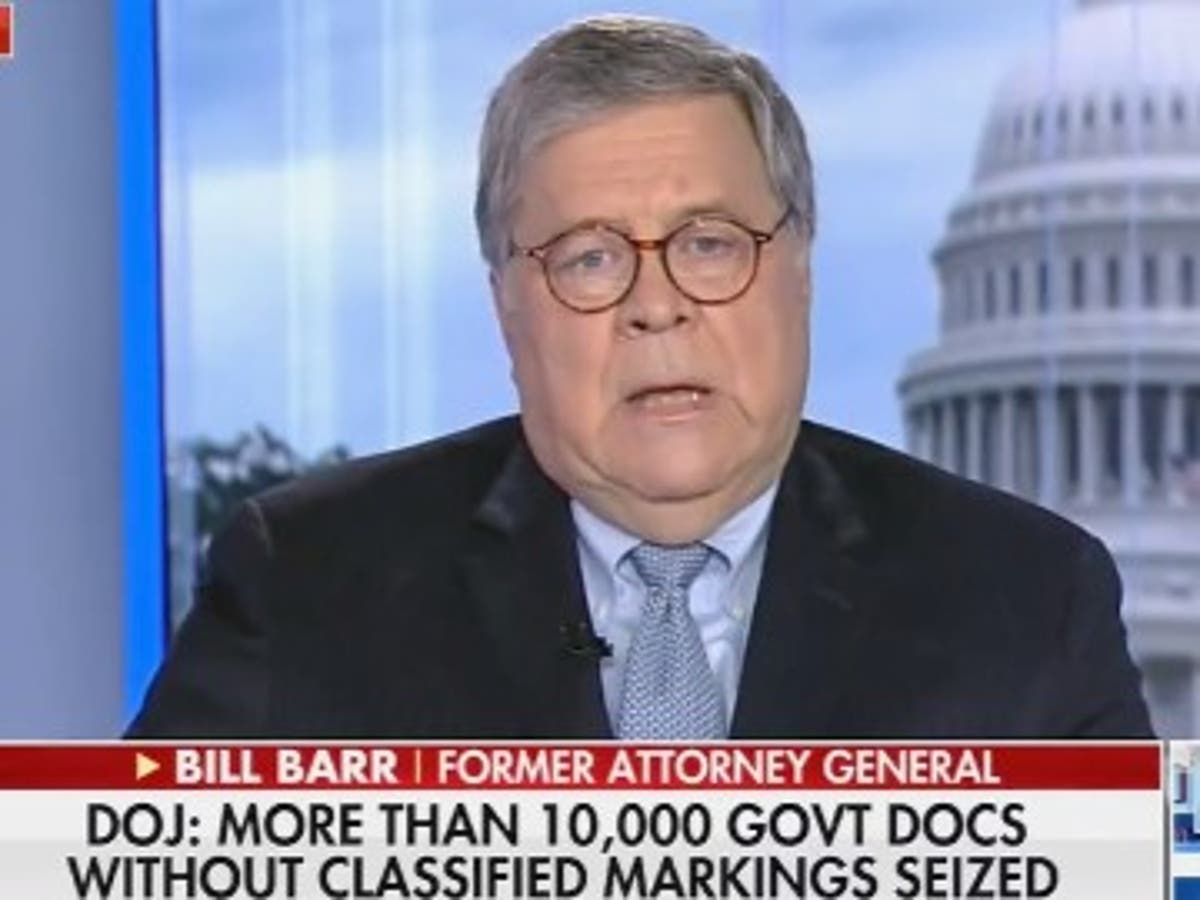 Donald Trump’s former Attorney General Bill Barr tore apart the one-term president’s defence of having secret papers at his home during an appearance on Fox News.

Mr Barr defended the FBI’s raid of Mr Trump’s Mar-a-Lago estate and said that his former boss had been “jerking around” the Justice Department.

“I think the driver on this from the beginning was loads of classified information sitting in Mar-A-Lago,” Mr Barr said on the right-wing news network.

“People say this was unprecedented, well, it’s also unprecedented for a president to take all this classified information and put them in a country club, okay?”

His remarks came as the court documents revealed that agents found four dozen “CLASSIFIED” empty document files during their August search of the property, as well as dozens of secret and top secret papers.

“How long does the government try to get that back?” Added Mr Barr.

“The facts are starting to show they were being jerked around, so how long do they wait?”

The search came after the FBI went to Mar-a-Lago in June to collect classified documents, before returning several months later to take away more material.

Mr Barr also rejected Mr Trump’s claims that he declassified the documents taken from the White House to Florida as “highly improbable.”

He said that if Mr Trump had “stood over scores of boxes, not really knowing what was in them and said, I hereby declassify everything in here that would be such an abuse and that shows such recklessness that it’s almost worse than taking the documents.”

And he also blasted Mr Trump’s lawsuit asking for a Special Master to go through the items seized by the FBI.

“Well, I think the whole idea of a Special Master is a bit of a red herring… at this stage, since they have already gone through the documents, I think it’s a waste of time.”

Mr Barr was sworn in as AG in February 2019 but resigned his position after Mr Trump was beaten in the 2020 election by Mr Biden.