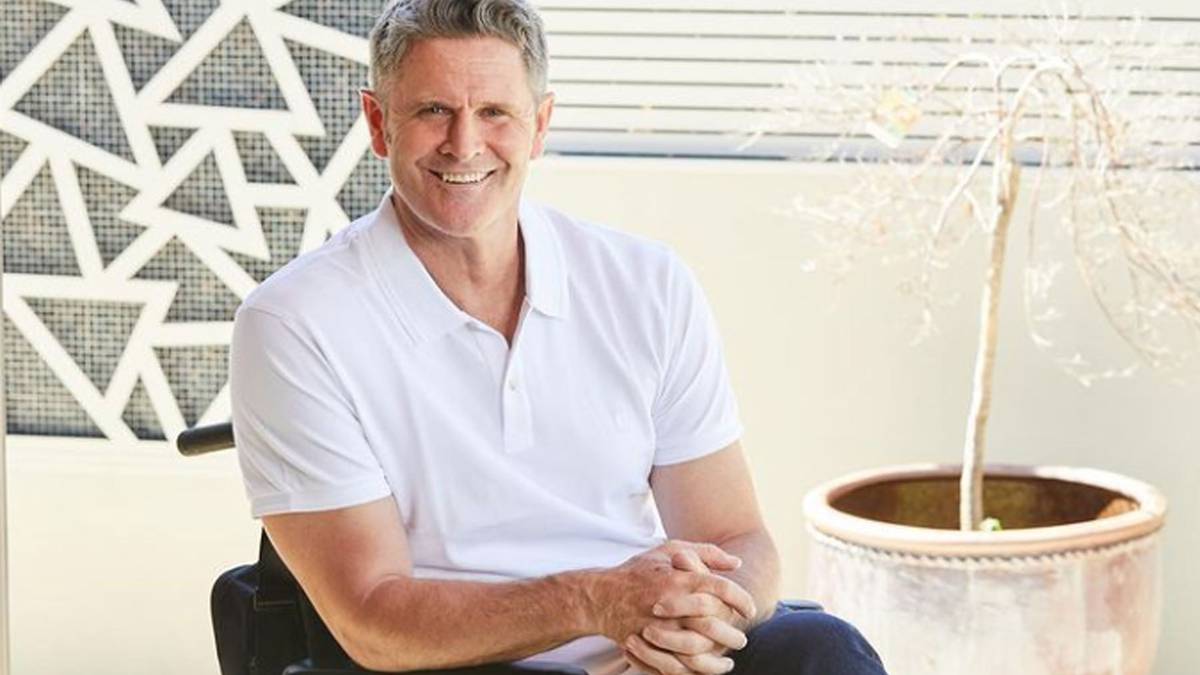 Black Caps great Chris Cairns is nearing the end of his chemotherapy treatment as he continues the road to recovery after suffering a life-threatening heart attack last year followed by a cancer diagnosis months later.

The 52-year-old is now wheelchair-bound after suffering a spinal stroke in the wake of the catastrophic heart failure due to an aortic dissection, or a tear in the inner layer of the body’s main artery. He then received a bowel cancer diagnosis.

Cairns provided an update on the Mike Hosking Breakfast on Newstalk ZB while also helping raise awareness for aortic health.

“I’ve got about six weeks to go on a six-month course of chemotherapy. They were initially looking at intravenous but one of the side effects was of that is a loss of feeling in the legs. They didn’t want to go near that so I’m on a medicated tablet form of chemo. I must say I’ve never felt so listless and so unmotivated off the back of that but it’s doing what it’s meant to be doing,” he told Mike Hosking.

“Everything is tracking as it should be but we won’t know subsequently until three to five years with regards to if it’s left the body completely but at this stage it was detected early which was great, so now it’s about going through the process and getting things done.

“I’m very lucky from a family perspective that I’ve got everyone around me that is committed to helping out. You have dark days and trying to be as positive as you can be but there’s times where it gets the better of you. One of the side effects is a real blistering of the hands, so for you that would be like blistering on the feet because I’m using my hands for my chair constantly. So to get around, it’s a conscious effort but again it is what it is but you get on with it.”

Cairns said since his heart attack fellow cricketers Shane Warne and Andrew Symonds have both passed away, which made him realise how fortunate he was.

“The fact I can get up every morning and see my kids grow and cling onto those types of things…I’m a lucky man.”

“We spoke a year ago and time has flown,” he told Mike Hosking.

I said at the time I shouldn’t be here. I’m very very lucky in that respect, so you have a choice. The mind is the thing that remains constant and the most powerful thing we all possess, really it’s a case of being conscious about your thought process. Life is 10 percent what happens to you and 90 percent how you react to it. That’s very much the mode I travel in.”

Cairns is working with The John Ritter Foundation, named after the actor who passed away in 2003 due to an acute thoracic aortic dissection which was misdiagnosed.

“He had exactly the same symptoms that I had. Fatigue, drowsiness, he’d had a sleep, the same that I did. Unfortunately for him, he passed away because of the aortic dissection. Amy Yaspeck who is John’s widow decided to get fully behind the loss of John to make people aware of what this actually was because aortic dissection is something that’s not that common. So it’s a case of being aware of your aortic. We’re aware of our heart health but our aortic health is a very different catalyst.

“If they go misdiagnosed they can go catastrophic so from a health professional point of view and a community point of view it’s really about making people aware.

“Like most Kiwi males I was a little bit blasé about it, the fact that I’m bulletproof and that it will never happen to me. Hypertension is also one aspect that can be a contributor so if you do suffer from high blood pressure, aortic health is something to be conscious of with your GP or be aware that this is something that could occur.

“You need to be working with your health professional just to tick it off so that it’s something you’re not having to worry about because in my situation I had to worry about it when it was too late.”