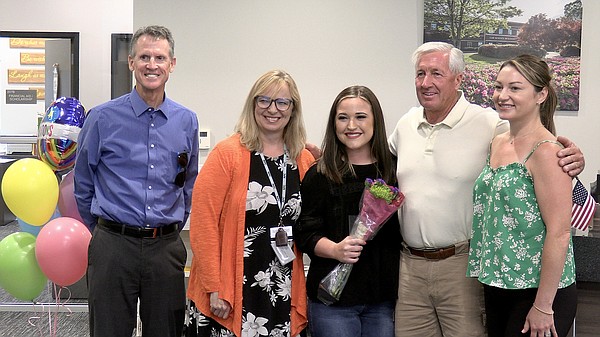 Former National Park College student Kaitlyn Graves will be headed back to college this fall thanks to NPC’s Second Chance Scholarship, which she received in a surprise ceremony recently on campus.

The college, along with Lloyd Robertson of Lloyd’s Auto Sales, chose Graves as the recipient based on her scholarship application. Robertson noted it included all the right components and praised her for the perseverance she has shown.

“It had compassion,” he said in a news release. “Because, we know you want to help people, and commitment is huge.”

The scholarship, made possible by NPC, Robertson and a partnership with US Stations, is available to students who need a second chance at their postsecondary education, and covers full tuition and fees for two years.

Graves said she is beyond grateful to have the opportunity.

“It feels amazing — It’s one of those things where I just stumbled across it kind of last minute. I wasn’t meaning to. I applied for it and, of course, I was hopeful that I would get it but in the back of your mind you’re thinking, ‘There’s no way,’ you know, out of all the people that’s probably applying. I’m still in shock,” she said.

Graves previously attended NPC’s nursing school right out of high school in 2015 but was unable to complete the program due to life’s circumstances.

“The timing just wasn’t right,” she said. “You know, when you’re that young and you have a lot on your shoulders, it didn’t work out right then. And then I ended up having my daughter in 2017, so I just kind of got backtracked a little bit.”

She and her husband have a son now, as well. It was during this time after her initial college attempt she found her true career passion, which is respiratory therapy.

“My son, ever since he was 2 years old, has had a lot of respiratory illnesses. We’ve had (respiratory syncytial virus) three times, he’s had COVID twice, so we’ve been in and out of the hospitals a lot,” she said.

“And after talking to the respiratory therapists, it’s just really intriguing to me. It’s always been something in the back of my mind if I didn’t pursue nursing, but after seeing it firsthand and seeing, you know, the kind of relationship that they make with their patients and the help that they provide, I just think it’s something that I would love doing long term.”

According to Graves, every patient deserves to be treated with respect. She used her current workplace, Eyecare Specialties, in Hot Springs Village, as an example.

She noted it is a special thing when patients do not feel as if they are “just another person being seen” for the day.

“I feel like you could provide better care if you get to know them one-on-one and they know they’re special to you and that you actually care about what you’re treating them for. I feel like it helps you provide better care for them if you actually care for them as an individual and not just doing your job and moving on to the next day,” she said.

She says it is more than the monetary aspect of the scholarship that makes her so grateful, as it also serves as a testament that she can share with her kids one day — and that is to “not to give up no matter what.”

“You know, for me, I really did feel like I was giving myself a second chance. As a parent, I feel like a lot of times you put yourself on the back burner because you’re so focused on taking care of your kids and everything else that goes on with life,” she said.

“And so for it to be called the ‘second chance scholarship,’ it’s just amazing to me that there’s someone in the community that’s willing to help other people like me that wants that second chance. I want my kids to always know that I didn’t live up on myself. It took some time, and I put myself on the back burner for a little while, but I’m back on the right track to doing what I want to do,” Graves said.

“It doesn’t always have to happen right when you want it to, but if you keep working for it, it eventually will happen when the time is right.” 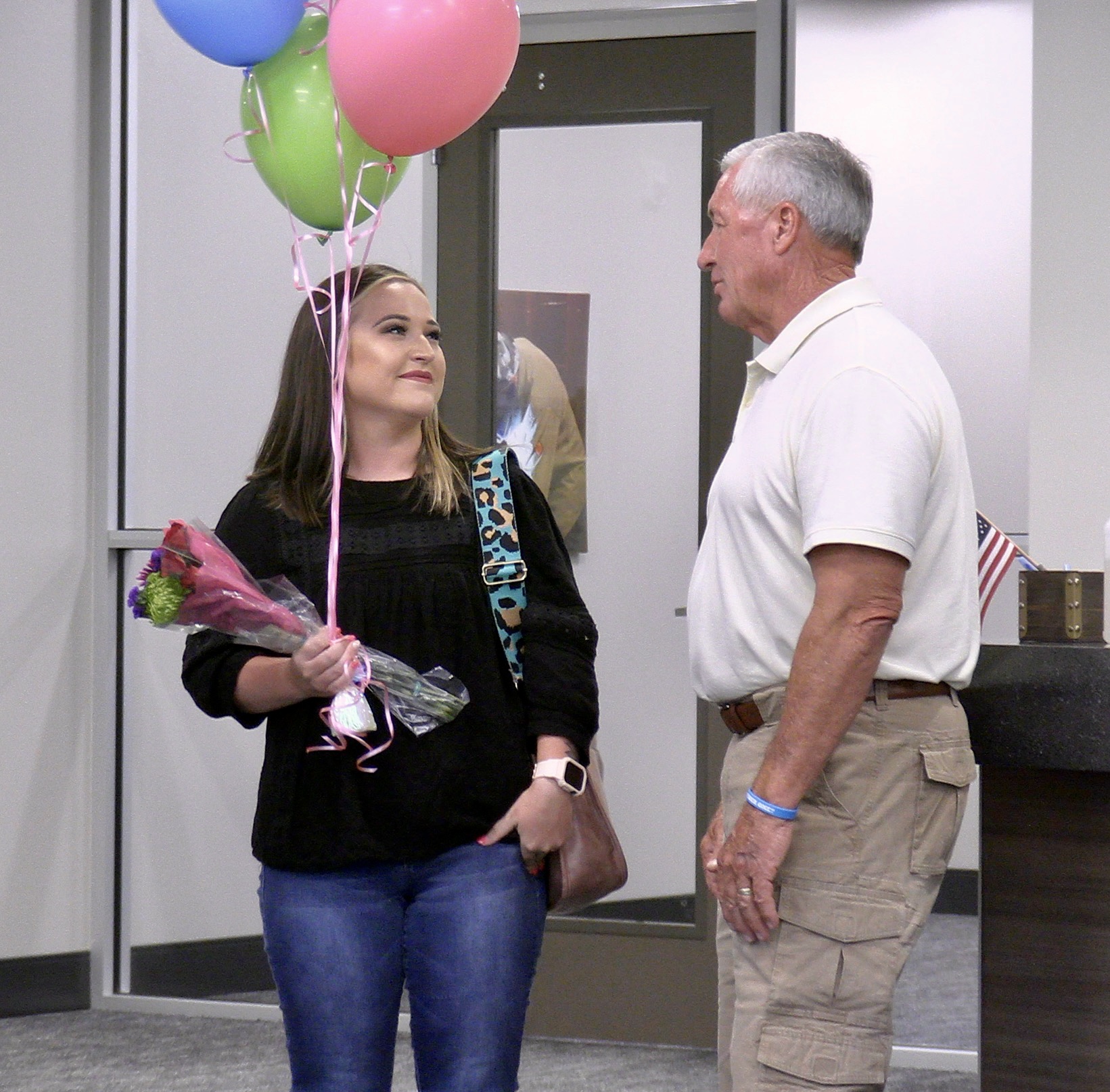