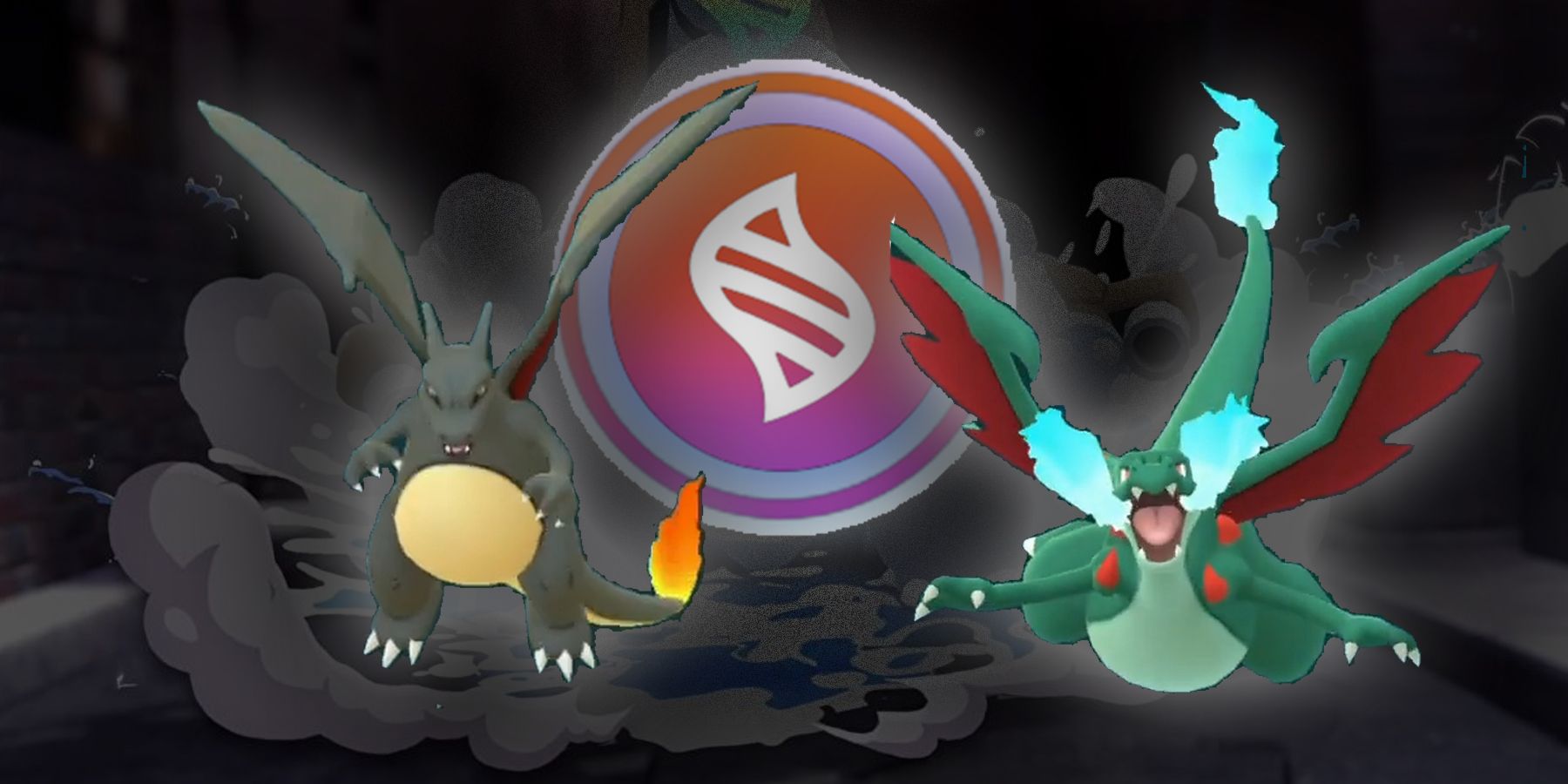 Fans of Pokemon know how much of a game-changer the Mega Evolution mechanic has become, which allows their favorite Pokemon to evolve temporarily further into powerful variants to turn the tide of combat. Such is the meta-changing aspect of the Mega Evolution mechanic that not only has it been integrated into a competitive format, but also in games such as Pokemon GO. Similar to the base game, Mega Evolutions in Pokemon GO have rather strict requirements but can give players a lot of openings to make stunning upsets in losing situations.

What Is Mega Evolution?

Series savants and newcomers to the Pokemon franchise would be surprised that there’s an entirely new way for Pokemon to “transform” outside of Pokemon Evolution after leveling up with EXP or using special items. Dubbed as Mega Evolution, some Pokemon beginning in Generation 6 can temporarily transform into their “Mega-” counterparts and gain access to more powerful stats and movesets. Most games featuring Mega Evolution can occur when players hold a Key Stone while their chosen Pokemon holds a Mega Stone.

Although not featured in any mainline game since Pokemon Sword and Shield, Mega Evolution has been added in quite a few spinoff titles. In the case of Pokemon GO, Mega Evolution introduces a unique mechanic that gives players another layer in intense Pokemon combat.

What About In Pokemon GO?

One thing to note about Mega Evolutions is that they don’t necessarily work the same way in Pokemon GO. Similar to the original series, Mega Evolution still transforms the appropriate Pokemon into their Mega-based counterparts. However, whereas Mega Evolution only lasts a turn in the games, Pokemon GO will have Mega Evolution last for a whopping eight hours.

Not only that, but the game offers various changes and bonuses to the said Pokemon, similar to the base series. Understanding what Mega Evolution can offer both a Pokemon and their Trainer’s lineup can make a vast difference in combat, especially since the Mega Evolution aspect in Pokemon GO expands to other game mechanics.

How To Mega Evolve A Pokemon

Unlike in the base game, Pokemon GO doesn’t require players to possess both a Key Stone and a Mega Stone to work. Instead, players need what is called Mega Energy to Mega Evolve a Pokemon. Mega Energy plays a lot into the mechanics of Mega Evolution in the game, and players may want to understand this resource deeper to “evolve” their Mega Evolution experience. Here are things players need to know about the overall Mega Evolution process:

Who Can Mega Evolve

How To Get Mega Energy

Since Mega Energy is essentially a “currency” that players trade for Mega Evolutions, it’s important to understand where Trainers can acquire them. Interestingly enough, each Pokemon eligible for Mega Evolution has its Mega Energy currency. As such, players can only Mega Evolve particular Pokemon by first possessing said un-evolved Pokemon and the right amount of Mega Energy. Thankfully, players may acquire Mega Energy in a rather straightforward manner, courtesy of these methods:

How Much Does Mega Evolving Cost

Players have the choice of Mega Evolving a Pokemon from either the Pokemon Profile or the Preparation Screen for Raids and other battles in the game. The main thing to note here is that Mega Evolving has separate costs, and only select Pokemon in the Pokedex can do so, especially when it comes to doing this process for the first time or if the Pokemon has been Mega Evolved previously.

What Is The Rest Period

Due to the lack of Key Stones and Mega Stones in Pokemon GO, the “frequency” of Mega Evolutions is instead capped via Mega Energy costs and cooldown rates. At its core, each Pokemon has a set rest period that prohibits them from Mega Evolving, containing both a timer and a Mega Energy cost.

Players who fully wait for the rest period of a Mega Evolved Pokemon may even be able to do the same process at zero cost, albeit this does take a long time, depending on Mega Level. Those who cannot wait for the rest period to count down to zero may still Mega Evolve their Pokemon much earlier, but at a cost proportionate to the time remaining. Players new to Pokemon GO need to anticipate a Mega Energy cost and waiting period when Mega Evolving Pokemon for the first time. Here are some insights regarding the Rest Period:

What Happens During Mega Evolution

When players of Pokemon GO’s various Teams Mega Evolve a Pokemon, this buff lasts for eight (8) whopping hours. Unlike in the base game, this buff extends this long because a lot of its effects don’t just affect said Pokemon in combat but rather outside combat as well. A huge part of buffs in Mega Evolution have to do with Catch XP and Candy acquisition, but battles also get a boost as well. Here are things to consider:

What Is Mega Level

Similar to the Buddy System in Pokemon GO, the Mega Evolution concept in the game also works with a level-up system. This rewards players’ efforts when it comes to earning Mega Energy and the frequency of using Mega Evolution throughout the game. At its core, players may earn Mega Levels by frequently using Mega Evolutions, eventually unlocking higher tiers with significantly higher bonuses, especially when used in events like Mega Raids. Here are the respective Mega Levels and relevant stats attached to each of them:

A much higher tier than Base Level, the High Level reflects the frequency of players using their Pokemon’s Mega Evolved state in fights. Habits-wise, this may represent players starting to rely on a particular Pokemon’s Mega Evolution for larger, tougher fights. They receive more bonuses with regards to Catch XP and the acquisition of Candy XL. Here are other bonuses:

The highest tier offered for Mega Levels, the Max Level, is where maximum benefits for Mega Evolution are attained. Players attain this level with their Pokemon through dedication, considering this takes almost triple or quadruple the time to upgrade from High Level. Here are the bonuses players may receive when attaining Max Level:

Pokemon GO is available to play on iOS and Android.