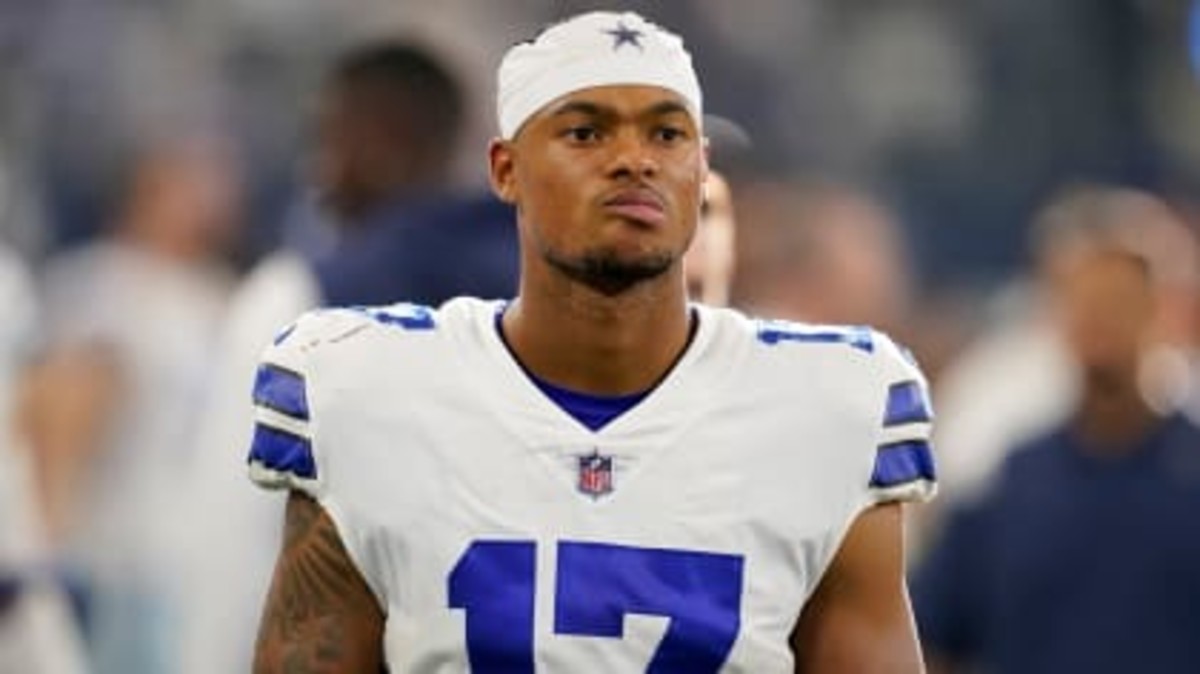 FRISCO – Dennis Houston’s surprising rise up the Dallas Cowboys depth chart and onto the 53-man roster – a climb that saw the Texas native progress from from being an undrafted free agent to an NFL player who gained the trust of QB Dak Prescott – is over, at least for now.

Houston was cut on Tuesday as part of the roster shuffle as Dallas prepares to play Week 3 at the New York Giants, with the need for his presence lessened as Michael Gallup works to return from offseason knee surgery.

Houston totaled only three catches for 53 yards in three preseason games, and caught two balls for 16 yards in his regular-season time. But he did pick up quickly what Dallas was trying to do on offense and did develop a noteworthy rapport with Cowboys quarterback Prescott.

“When you break the huddle, he’s lining up in the right spot, no matter what position he’s in. He’s where I expect him to be on each and every play,” Prescott said at training camp.

That quality will pay off for the 6-1, 200-pound Houston as he went unclaimed off waivers, as expected, and will now bounce back to the Cowboys as a member of the practice squad.

Houston was a part of a wide receiver group led by CeeDee Lamb, with Noah Brown emerging as a viable starter in these first two games, and with Gallup coming on. Rookie Jalen Tolbert (maybe ready to be active for the first time), KaVontae Turpin and Simi Fehoko retain their jobs this week as other members of the wideout group here at The Star.

And now Dennis Houston has a job as well.