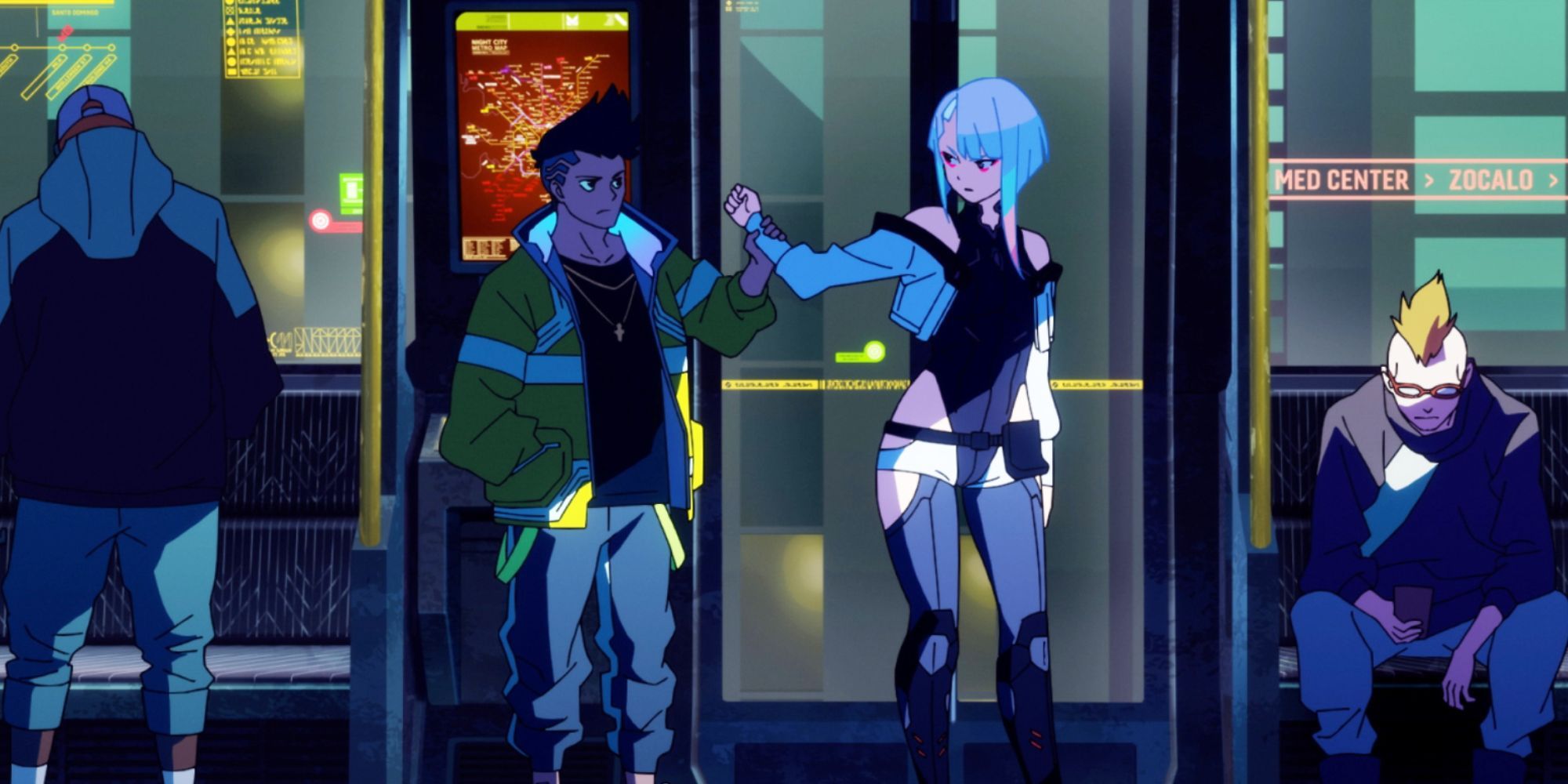 Cyberpunk 2077’s next update will add content inspired by its spin-off anime, Edgerunners. This comes from an Instagram post teasing the Cyberpunk news we’re getting September 6, giving us an idea of what to expect from the game’s next big patch.

According to the official Instagram page, there will be two broadcasts on Tuesday. Night City Wire will start at 5pm CEST, and will be followed by REDstream, which will presumably look into the announcements in more detail. One of these announcements will be Edgerunners content being added to the game, hyping the anime up before it hits Netflix September 13.

Related: Listening To Jazz And Driving In The Rain Remains The Definitive Cyberpunk 2077 Experience

THEGAMER VIDEO OF THE DAY

“Wait, there’s more: REDstreams is also coming on September 6!” reads the latest post on the Cyberpunk 2077 Instagram. “We will be chatting with Miles Tost and Patrick Mills about all the new stuff that is about to come to Cyberpunk 2077 with the next update – including new @edgerunners-inspired content & missions, new weapons, and new features!

This is the first official indication of what the next Cyberpunk 2077 update will include. It was already presumed that Night City Wire would confirm the long-awaited DLC – which actually leaked back in May, although the post going over the details has since been deleted. Without getting into spoilers, it doesn’t seem that the leaked update had anything to do with Edgerunners, so it looks like fans are in for a whole lot of extra content before CD Projekt Red scales back development.

It’s not totally clear what the Edgerunners crossover will look like, especially considering that the anime seemingly takes place before the game. However, there are actually already references to Edgerunners in 2077 (a drink in the Afterlife is named after one of the characters), so it won’t be impossible to expand upon this.