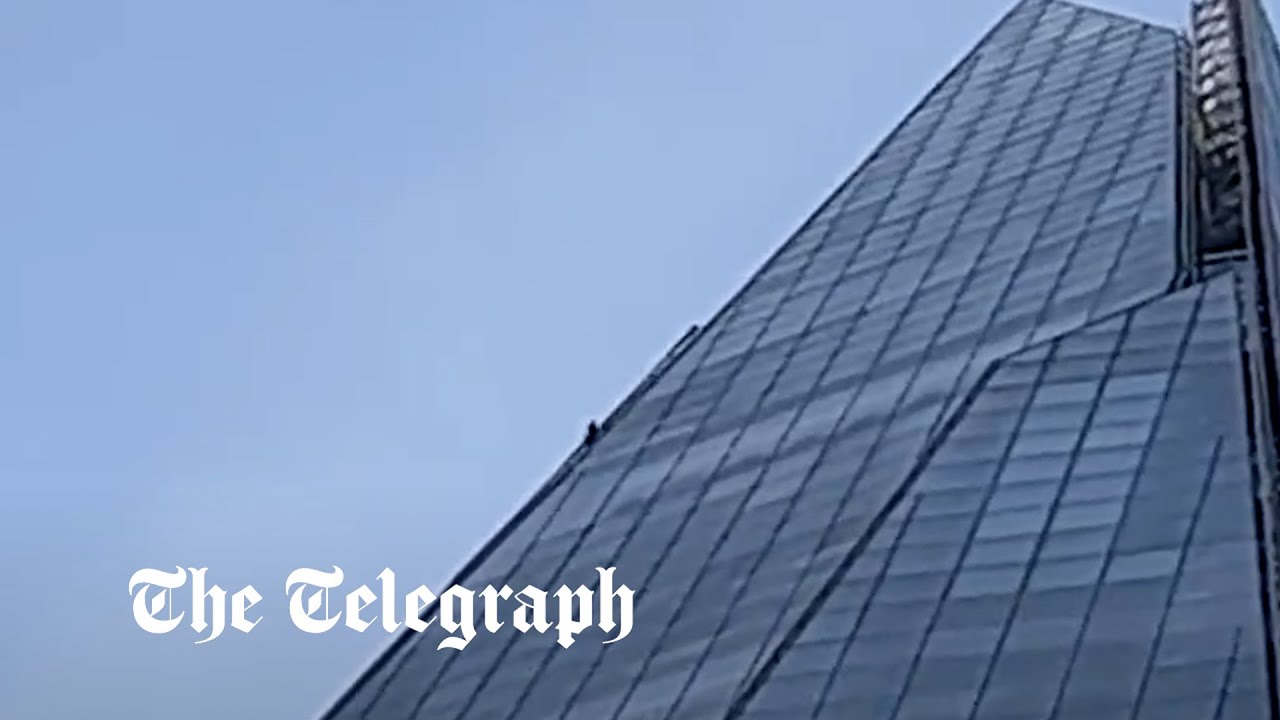 The police were called at 5.38am following reports of a climber on the Shard. London Ambulance Service and the London Fire Brigade also attended.

Several cordons were put in place around the base of the building, with rail passengers leaving the nearby London Bridge station diverted to other exits.

At 6.50am, Lockwood posted a photograph on his Facebook page. Topless and barefoot, he wore a headcam as he balanced 1,000ft above London.

Scotland Yard later confirmed that three men had been arrested, one on suspicion of trespass and two for causing public nuisance. On Monday night, they all remained in custody.

Lockwood, from Manchester, has climbed some of the tallest buildings and structures in the world, dangling from the rafters of the 262ft San Siro Stadium in Milan, performing pull ups from a 1,115ft tall beam at a power station in Croatia and posing as a workman to scale a 1,200ft crane in Dubai.

He refuses to use safety restraints, relying solely on his grip and upper body strength to stop him falling.

‘My brain is blank, my heartbeat doesn’t go up’

He once revealed that during such climbs, “my brain is blank, my heartbeat doesn’t go up, and it feels almost peaceful.”

On July 31, he posted a cryptic message on Facebook: “Working on something that actually scares me a little just to think about, I can’t wait.”

Then, on August 16, as he prepared for the death defying stunt, he appeared to allude to the fact that it could go horribly wrong. He wrote that before leaving the planet, he wanted to say only one thing.

“No matter how outrageous your passion or your goal or a dream might be, do not let anyone, no family, no friends, no government, no establishment, absolutely nobody, stop you from persuing (sic) what you want to do, no matter how difficult, scary, stupid or risky it might seem to other people,” he wrote.