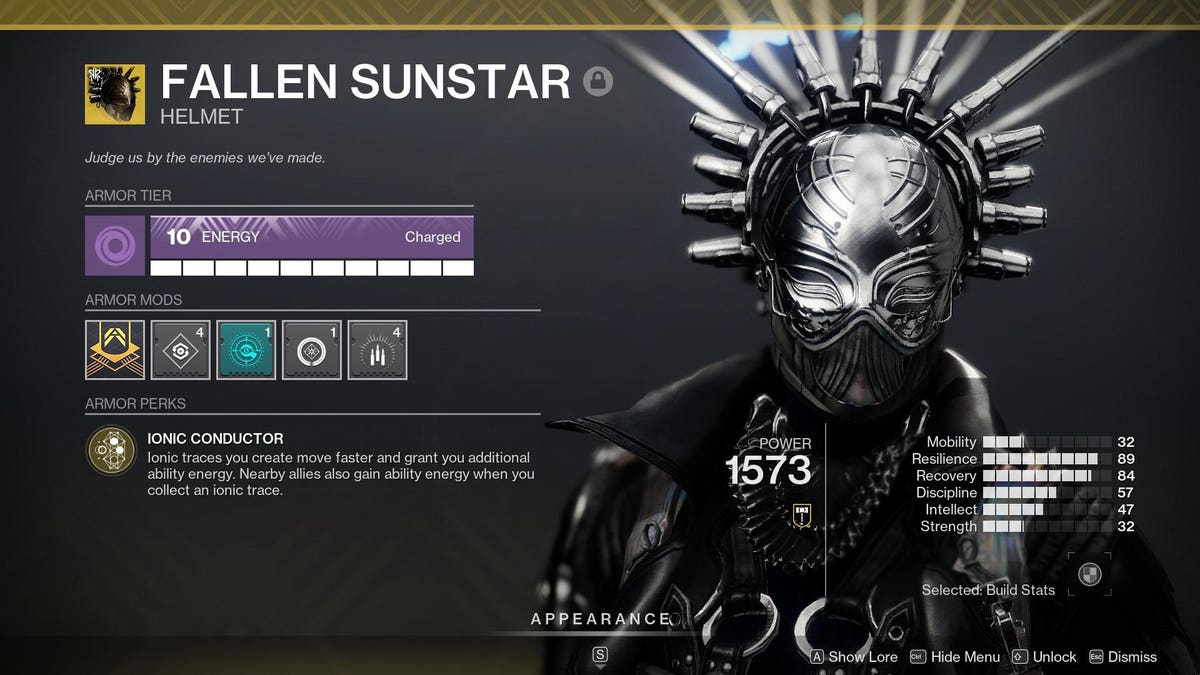 Destiny 2’s Season of Plunder has arrived and with it comes three armor exotics for the game’s three classes, a longstanding tradition now. You farm them from lost sectors and pray your copy is good, because finding a second one is close to impossible with the way exotic farming currently goes.

This time, these three exotics are split into a wide range. One terrible, one okay, one excellent. Can you guess which class got screwed this time, and which one made out great?

The problem? While this was so crazy with its lightning it was disabled right when the season started, now that it’s been re-enabled it is just…absolutely terrible. It’s a worse version of Skullfort, because you only get part of your melee energy back. The lightning strikes it generates are so weak they will not even kill patrol dregs. And finally, all of this is to support a new melee ability that is in of itself, quite bad, as it’s contrary to arc’s “move fast all the time” kit, forcing you to stand still, and right now it keeps prioritizing normal melees over the super punch if you’re in range. It’s a bad exotic for a bad ability.

I don’t know if this one is going to go in the Warlock Hall of Fame, but it’s very solid and has a lot of great synergies with the new Arc 3.0 kit, including the trace-generating fusion rifle, Delicate Tomb, and several fragments that boost Ionic Trace collection further. Speedy traces feel great, as does the additional ability energy which means tons of ability access, all the time. You are losing benefits to your super that Geomags or Crown of Tempests give you, but it may be worth the trade. I haven’t taken it off since I got it.

Perk: Your weapons gain bonus damage briefly after you emerge from being invisible. When you are invisible and do a finisher on an enemy, you and your nearby allies store a reserve overshield that you can use later with your class ability.

While storing overshields with invisible finishers is interesting and probably good in higher level content where you’re doing things like finishing champions fairly often, the main bonus here is the wild, 35% damage boost to your weapons after you are invisible. You can go invisible in tons of different ways in void 3.0, through dodge, through finishers, through Stylish Executioner and through weapons like Rat King and Heartshadow, so you can have this damage boost on almost permanently with even cursory combat strategy. It feels absolutely amazing and the overshields are just a bonus.

That’s my breakdown for these three. I really hope they buff Point Contact Cannon Brace because it’s just intolerable in its current form. The others are great, try them out.

Pick up my sci-fi novels the Herokiller series and The Earthborn Trilogy.