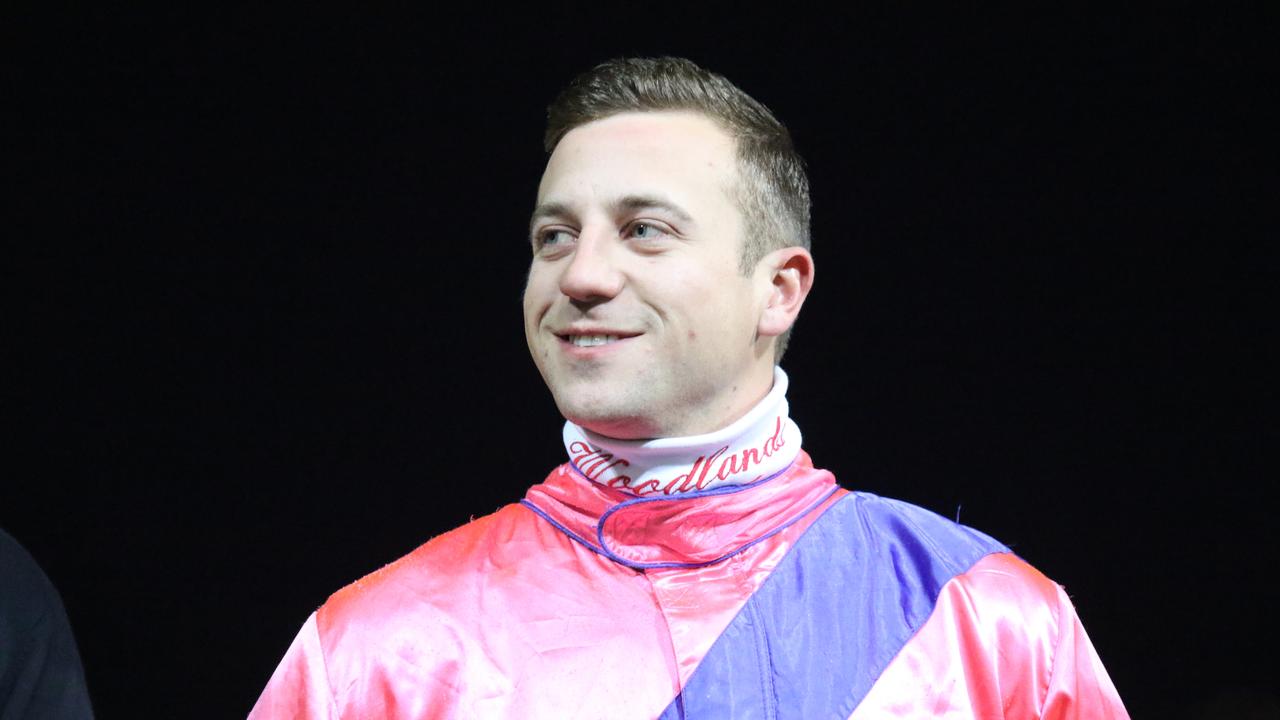 Champion driver Dexter Dunn now holds a world record that he set in the US.

The New Zealand-born Dunn teamed with former Aussie horseman Noel Daley and Bulldog Hanover for a blistering 1min45.8sec win in the $US500,000 Haughton Memorial (open class free-for-all) at The Meadowlands in New Jersey today.

Bulldog Hanover’s runaway win made him the fastest pacer in history, bettering the previous mark of 1min46sec flat.

Dunn, who has been a sensation since moving to the US six years ago, said it was an incredible experience.

“I was just enjoying the ride, he’s an amazing animal,” he said moments after the win.

Just minutes later, Dunn added another feature on one of North America’s biggest race days when he scored aboard Bella Bellini in the $US432,000 Hambletonian Maturity.

It was his third “major” win for the day, having earlier driven Slay to win the $US125,000 Stanley Dancer Trot.

The Down Under flavour ran deep with NSW-born brothers Andy and Todd McCarthy being major players across the huge raceday as well.

Andy snared an early win in a support race and two placings.

Todd, only in his third year driving in the US, finished second aboard former champion NZ and Aussie mare Amazing Dream in the feature mares’ race of the day, the $US175,000 Dorothy Haughton.

She was left in the wake of one of pacing’s all-time greatest mares, Test Of Faith, but ran a mighty race for second.

“We’re blown away with that,” part-owner Gordon Banks said. “She had a good trip and it was a great drive by Todd. A super effort.

“Test Of Faith is probably the best pacing mare I have seen and they went a world record (for mares) 1min47sec. We beat Racine Belle and all the other top mares fair and square.”

Amazing Dream won 10 Group 1 races in Australia and NZ before her US-based owners took her across to the States to continue her career in February.

This run shows she is up with the very best mares in the world.

* Adam Hamilton is a paid contributor writing on harness racing for News Corp.