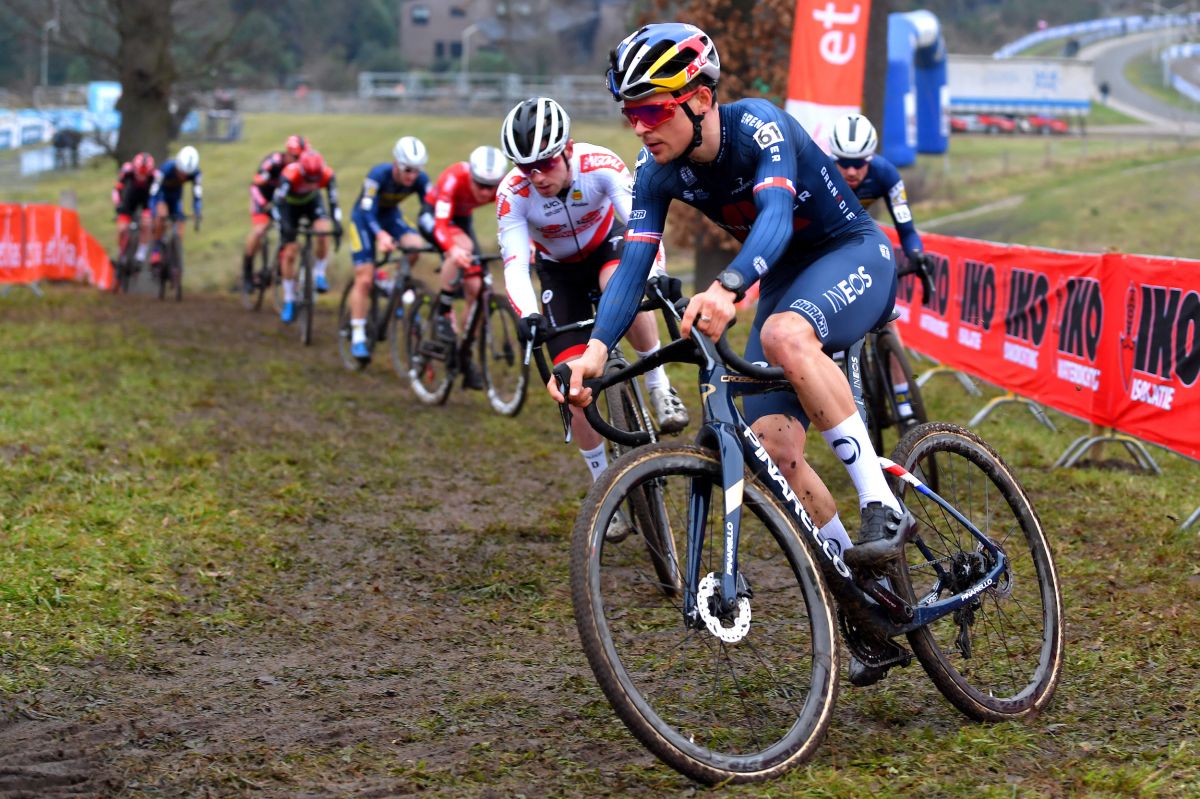 There will be no home race for world champion Tom Pidcock in the 2022-23 UCI Cyclocross World Cup after London was replaced by Dublin in the schedule.

Despite it being trailed that the UK would host an elite cyclocross event earlier this year, Ireland has been chosen to hold a round of the World Cup in December.

The organisers, Flanders Classics, said in a statement (opens in new tab) that they continue to work on adding London to the schedule, hopefully in time for the 2023-24 season.

The 11 December round will instead take place on the outskirts of Dublin, on the Sport Ireland Campus. There are two other changes to the planned World Cup calendar, with Maasmechelen replacing Rucphen on the 30 October, while Gavere replaces Dendermonde on the 26 December; all of these swaps are within Belgium, the traditional cyclocross heartland.

Tomas Van Den Spiegel, the CEO of Flanders Classics, said that the Dublin race would take place in a “true Irish environment”.

“We’re very proud to add Dublin this season” he said in a statement. “We’ll be racing in a true Irish environment. That will give the Dublin round its own identity, just like we saw for the Val di Sole and Flamanville races in the 2021-2022 season. On the other hand; we had to look for alternatives to Rucphen and Dendermonde.

“With Maasmechelen we’re adding a Belgian round that we are really looking forward to. And finally, on Boxing Day we’ll race in Gavere, adding a true cyclocross classic to the UCI Cyclocross World Cup agenda of the upcoming winter.”

In the same press release, the UCI’s president David Lappartient welcomed the addition of a new country to the cyclocross calendar, along with the staples of Belgium and the Netherlands. There are also two rounds in the USA, one in the Czech Republic, one in Italy, one in Spain, and one in France.

“The organisation of a round in a new country is part of the very significant development that the discipline’s leading series has been undergoing in the last years,” the man in charge of cycling’s governing body said. “Especially since the beginning of the partnership between the UCI and Flanders Classics.”

The decision to go to Dublin over London does not mean the door is closed on cyclocross World Cup action in the UK, Van Den Spiegel maintained.

“We not only hope to be able to establish a long-term relationship in Dublin, but in the meantime we will continue the work to add London to the schedule for the 2023-24 season,” he said.

The World Cup begins on 9 October in Waterloo, Iowa, USA, and ends in Besançon, France on 29 January, after 14 rounds.