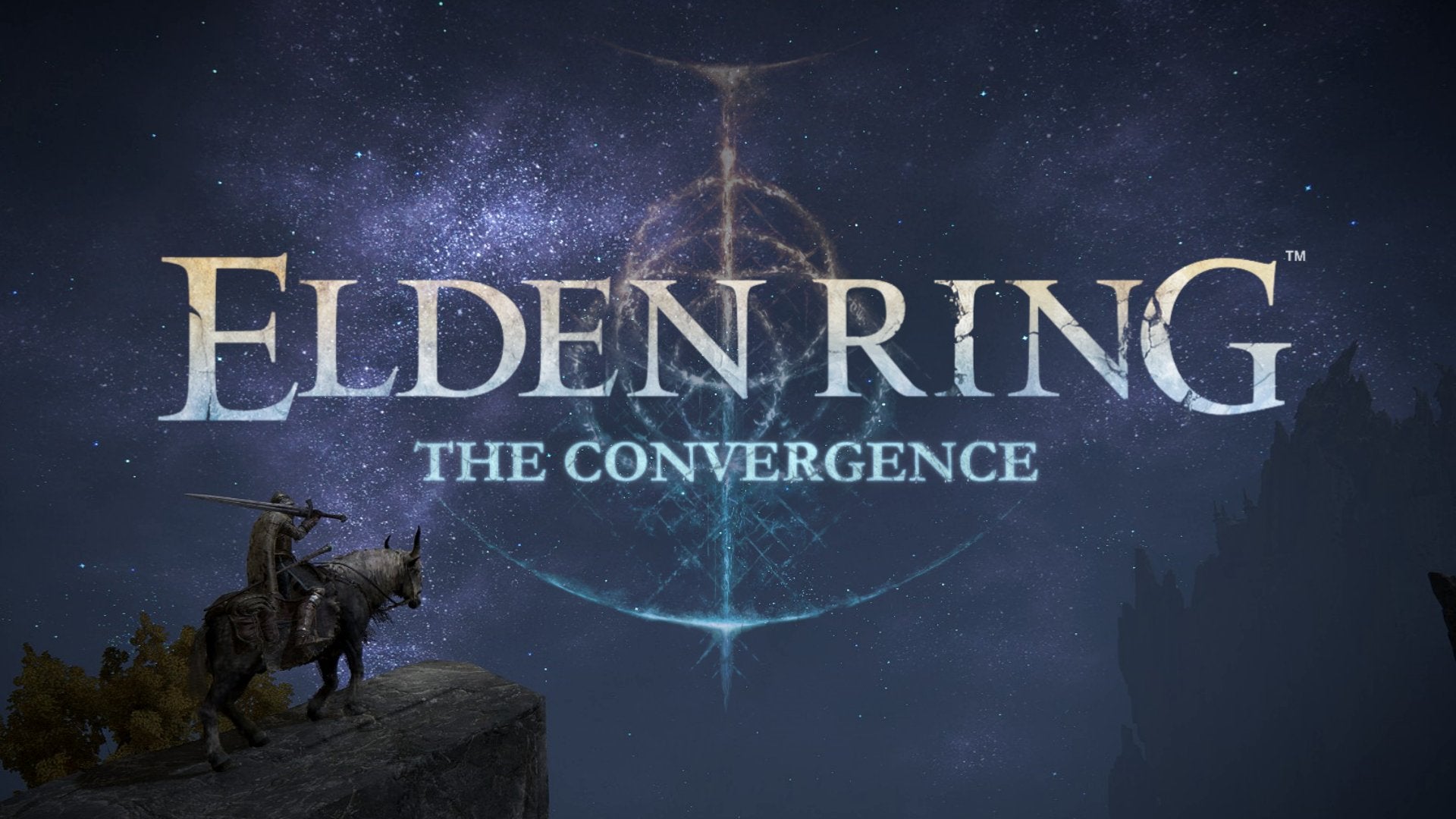 Mods can go well beyond putting the Teletubbies in Left 4 Dead. They can rewrite the makeup of entire games, change how they start, or create entirely new games unto themselves. Gargantuan in design, these large-scale projects can lend new life to older games or completely revisit how we play them, and this year’s Elden Ring is getting one such mod.

Called Elden Ring: The Convergence, it will completely rewrite the playbook on FromSoftware’s most recent title. A team of seven modders have started working to add new classes, weapons, armour, spells and bosses to the open world game, all whilst remixing how players approach the game from the very beginning. It’s a mammoth project, and one that follows in the footsteps of the small team’s previous project, Dark Souls 3: The Convergence.

“We began it just as a simple mod with intentions to revamp the spellcasting system in Dark Souls 3,” creative director Paul “CouchJockey” Gooch told me. “But after some time, we realised that we could really make the Dark Souls game we all had always wanted to play.”

Having already accomplished a beloved version of The Convergence for one of FromSoftware’s games, Gooch sees that experience as a way to inform the team’s approach to Elden Ring, which you can stay updated on in the group’s Discord. “We now know that it’s better to be ambitious from the start and have confidence that the pieces will fall into place.”

This is why Elden Ring: The Convergence is being both planned and developed concurrently, to give the team the chance to get the ball rolling and make changes where needed, like if a FromSoftware update throws some work out of place.

For this new version of The Convergence, my main question was how the team would tackle Elden Ring’s open world, as that one design choice could completely change how this mod takes shape. Gooch says this means that The Lands Between won’t get the same level of “meticulous treatment” Dark Souls 3 did, but that this could almost be a good thing.

“It’s similar to when you clean a small part of the kitchen counter and the one clean spot makes the rest look filthy and you then feel compelled to clean the whole thing,” Gooch explained, meaning changing one small area in Elden Ring could lead to the team wanting to revamp the whole thing.

To avoid this issue, Gooch said the team will “leverage the open world aspect” of Elden Ring. “We are toying with the idea of multiple starting locations for different classes, but I won’t make any promises about that right now.

“Our current idea is that there will be ten or 11 starting classes and once you select one, you will begin the game in a small building or platform out in some ethereal plane,” said Gooch. “Then on the platform there will be a certain number of altars that you can interact with.

“These altars are then the subclasses. For example, if you begin the game as a Warrior, there will be three altars. One would be for the Gladiator (powerstance focused), one for the Berserker (two-hand focus) and one will be for the Dreadnought (weapon and shield focus)”. That said, the team is currently lacking the tools to pull this off, but that doesn’t mean someone else won’t make them in the meantime.

As expected, changing the game like this could lead to some drastic balance issues, but Gooch explained how this will be taken into account, and hopefully resolved with “plenty of testing” throughout development.

Like Ornstein and Smough in the first Dark Souls, Elden Ring has a number of moments that act as true tests for the player – the first being Margit, The Fell Omen. Through the aforementioned testing, Gooch wants players to create these moments for themselves.

“The player should, in a sense, be able to make their own choke-points in a way. If a player wants to fight the main boss in the mountaintops before the one in Limgrave, they can, but it won’t be easy,” he explained.

The aforementioned class starting system will hopefully feed into this idea, with each having their own “optimal path”, which “will include everything that benefits that character and if they follow the path, they get access to every beneficial item across the entire playthrough,” according to Gooch.

“We want new players and veteran challenge runners to both feel engaged by offering a large number of potential paths,” Gooch added. “Each with a very unique route through the game.”

To achieve this, Gooch says his projects have a “progression driven” planning process. “I put myself in the shoes of a player that has made up their mind to make a certain type of character and see how that would be done. If the game supports my decisions, then great. But if the game leaves me out in the cold, I will build bridges to support that playthrough.

“Eventually, those bridges become highways of progression and create a system where there are no closed doors,” Gooch added.

With a project the size of The Convergence that changes how a game works at its very core, there’s obviously going to be ongoing issues with the mods balance, and Gooch explained how previous experience has readied the team for this.

“The process of balancing is a case of whack-a-mole,” said Gooch. “You adjust the most visibly unbalanced things first and let the next unbalanced things rear their ugly heads then repeat ad nauseum. There is really no rushing it.”

That said, getting this balance perfect is near impossible, with the team instead committing to honouring the challenge of previous FromSoftware games instead. This level of reverence for the Souls genre runs deep within Gooch and his team, extending to their own lore expansions and the overall quality of the experience.

“I always try to honour the story and themes of the original game. Expanding on lore via headcanon or commonly agreed upon concepts opens all kinds of doors for original designs,” explained Gooch, adding “we have a very high standard for polish and presentation. We never want the mod to feel like a mod.”

Elden Ring: The Convergence is set to be one of the biggest modding tasks of recent memory, with its development team building off their previous experiences to tackle an overhaul mod that changes how every player interacts with one of gaming’s most impressive open worlds. It’s not something the team takes lightly, who understand the mammoth task ahead of them.

“Unlike a game company, we have the benefit of time and we do this only because we love it. This affords us the chance to finish things and expand on things that game companies simply cannot do.”

If you want to support the Convergence team directly, you can check out its Patreon. There is currently no release date attached to the project.