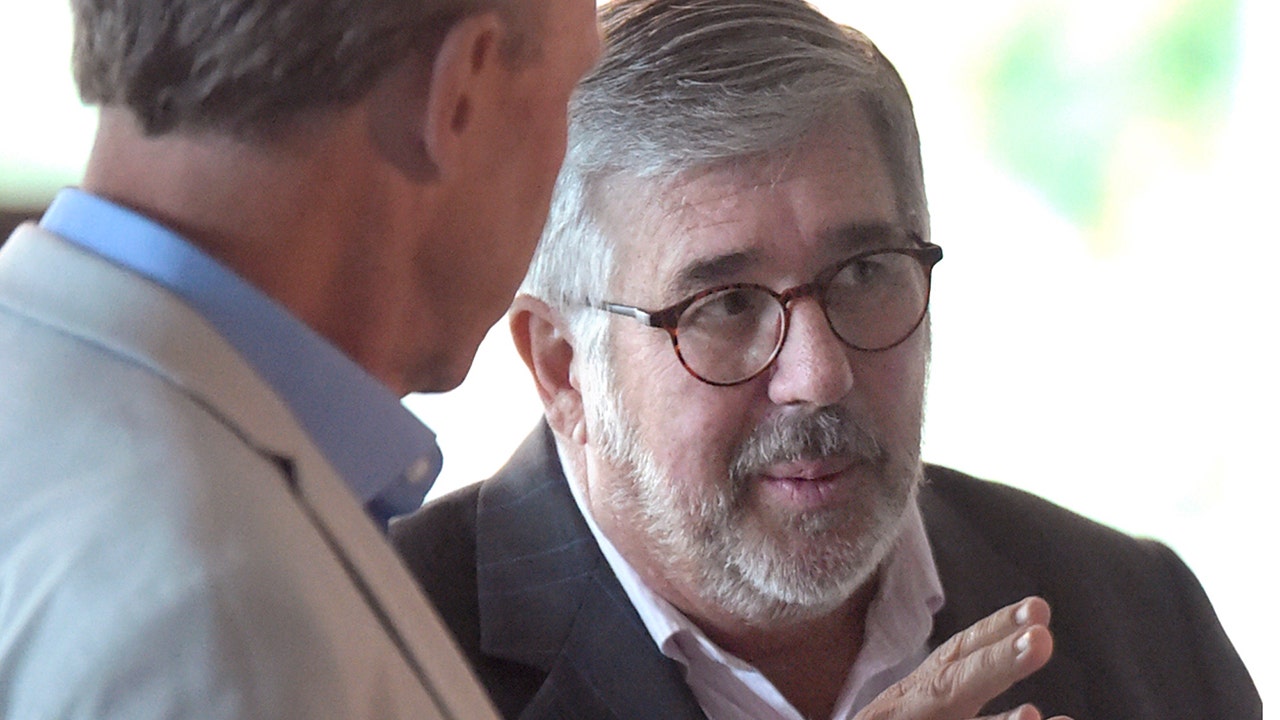 Former ESPN journalist Bob Ley wondered in a recent podcast interview about whether the same criticism of LIV Golf and its ties to Saudi Arabia should be applied to the NBA and its ties to China.

Ley appeared on Michelle Beadle’s podcast “What Did I Miss?” And the two former ESPN personalities talked about sportswashing amid the emergence of LIV Golf.

The rival golf tour and the players who have joined the league have been heavily scrutinized and accused of helping Saudi Arabia use sportswashing to alleviate criticism of the kingdom’s human-rights violations.

Many players have accepted large sums of cash to join the league, but most have downplayed money as a reason they joined the league and left the PGA Tour.

Ley told Beadle on the podcast the same amount of scrutiny should apply to the NBA’s relationship with China.

“The LIV Golf thing has unleashed a fury of convenient and easy outrage, not that I disagree with it at all. … It’s real easy to be p—– off and angry about LIV Golf and Saudi. All I ask for is philosophical and ideological consistency. Apply it to China consistently, LeBron,” he said.

Ley mentioned the NBA’s response to former Houston Rockets general manager Daryl Morey’s supportive tweet of Hong Kong protesters back in 2019. The tweet put the NBA’s relationship with China in a bind, which later opened the door to just how close the two entities were tied. The result was a blackout of NBA games in China for several months, costing the league millions.

LIV Golf CEO Greg Norman stands on a tee box during the final round of the inaugural LIV Golf Invitational at the Centurion Club in St. Albans, England, June 11, 2022.
(AP Photo/Alastair Grant)

“There’s been other reporting. I mean, the Fainaru brothers at ESPN.com have shown some of the things with camps and knowledge of what the NBA’s involved with,” Ley said. “China has as many issues as any other country, and is the outrage tempered by the popularity of the sport and the dollars at stake?”

He also mentioned specifically that LeBron James had an “opportunity” to raise the curtain on the issue. He’s not done so. James’ Los Angeles Lakers team was in China when the fallout from the tweet started. He waited until everyone was back in the U.S. to make a statement.

LeBron James of the Los Angeles Lakers shoots a free throw during a game against the Detroit Pistons Nov. 28, 2021 at Staples Center in Los Angeles.
(Adam Pantozzi/NBAE via Getty Images)

“LeBron, I think, has a responsibility, and an opportunity more importantly.” Ley said. “And it’s easy for people to come to the conclusion that players, at a time when social voice and equity are very much a part of sports, moreso than ever before, here’s an opportunity to make a stand.

“If you are a billionaire, you can afford to perhaps make a stand and at least become educated. Freedom of speech in China is a very different thing. Freedom of access to the internet is a very different thing. Is there an opposition party in China? Oh no, not for the last 60 or 70 years. Are we comfortable dealing with a nation like that and putting it all on the table? Those are questions people need to answer.

“If you want to get into a froth about LIV Golf — and you have every right to — take a pause, take a deep breath, and look at China. Should this outrage and should this introspection extend to the NBA?”

Ryan Gaydos is the sports editor for Fox News and Fox Business. Story tips can be sent to [email protected]