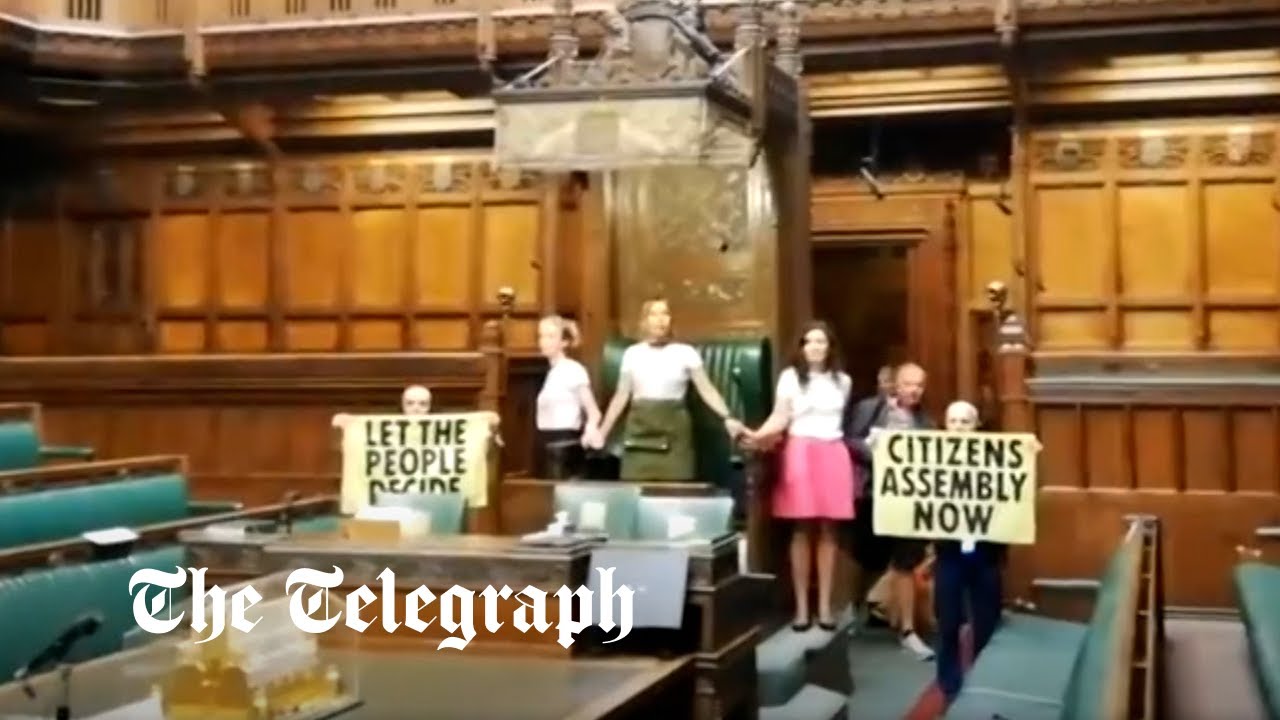 Priti Patel, the Home Secretary, described the activists as a “mob” of “publicity-hungry lawbreakers”.

“We live in a vibrant parliamentary democracy where all enjoy the right to lawful, peaceful protest,” she said. “However, the public are getting increasingly incensed by the attention-seeking antics of a small band of publicity-hungry law-breakers intent on causing disruption for the rest of us.”

Extinction Rebellion, which has also been responsible for transport chaos in London and a blockade of newspaper printing presses, posted a photo on Twitter showing three members hand-in-hand in front of the chair, with two other members holding up signs.

The protesters delivered a speech calling for an “assembly” of voters to override the Government.

Joe Short, an activist from Bristol who locked himself to the gates, said the assembly was an “alternative form of democracy, which could be much more effective at dealing with problems like climate change”.

Another activist from Northamptonshire, who gave his name as Al, said demonstrators had smuggled banners into the Commons chamber in a “bag within a bag”.

The Speaker’s chair was gifted to Parliament by the nation of Australia and is made of black beanwood from North Queensland. The original was destroyed when the Commons was bombed in 1941. Both the Commons and the Lords are in recess until Monday.