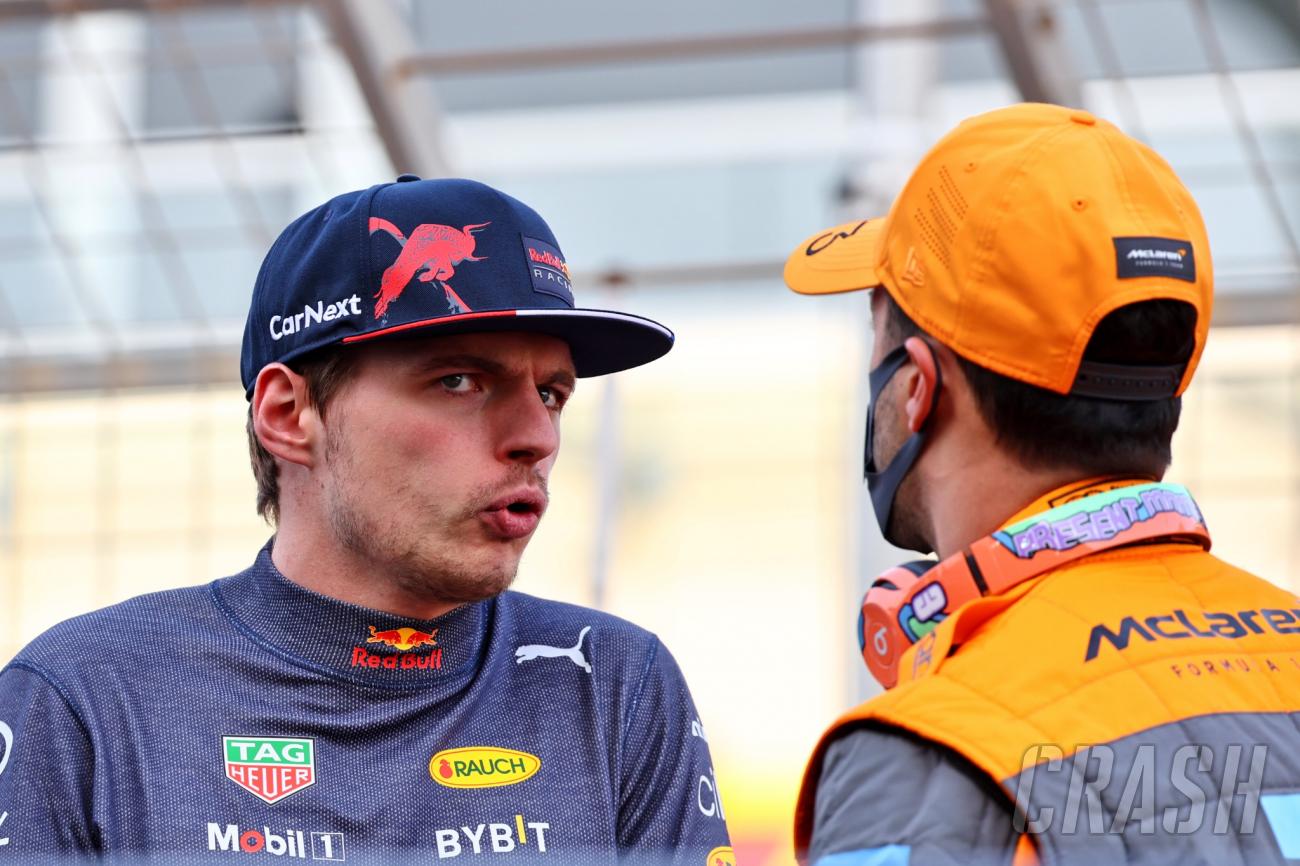 Verstappen didn’t feature in season four of Drive to Survive despite it being focused on his title triumph over Lewis Hamilton.

The Dutchman has been very critical of the documentary because the show “faked rivalries” and thus refused to take part in any interviews during the latest series.

Speaking ahead of the British Grand Prix on Thursday, Verstappen revealed that he had a “good chat” with the production team, lifting his strict boycott of the series.

“I sat together with them and we talked about it and I said what I thought went wrong in the past,” Verstappen said.

“It was actually a very good quick little chat and we will try to improve from there and so you can have a bit more say in how you are going to be portrayed instead of giving an interview and not knowing what is going to be done with it and the way they put it into the show.

“And that is all I’m asking for, realistically, at least from my side. I cannot control, of course, what they do with other drivers but at least I want to be in control of what we are releasing and that is what we are going to do.

“I hope, of course, it is going to be good because I also understand that Netflix really helped for the popularity of F1 in the US and I don’t mind playing a role in that, but it needs to be good for both of us.”

Verstappen admitted he’s not keen on a major role in the new series but wanted to be consulted in the segments he is shown to ensure he’s portrayed in a positive light.

“Well, I understand for people watching it, the whole drive to survive stuff, they want more people in it and a bit more of a personal story,” Verstappen added. “But of course in the way I want to be seen, not if you can’t control what’s in it.

“But anyway I think that’s the way it should be and to be able to say, sorry guys, I don’t think that makes me look good, because sometimes you don’t even know there is a camera around or someone is walking behind you and they can use that. We had a good chat, so let’s see what comes out of it and how much will be in it.”

McLaren driver Daniel Ricciardo has a new fictional F1-based TV series which will be shown on the Disney-backed channel, Hulu.

There hasn’t been much information regarding Ricciardo’s new project but the Australian will be executive producer, while American film and TV production company Temple Hill Entertainment is involved.

“It’s a fictional F1 TV series,” Ricciardo said. “So, I would say, think Ballers or Entourage in the world of F1. “I teamed up with Temple Hill, they know what they’re doing in that field. I’ve got my full trust in them.

“But I’m basically going to act as its executive producer, try to – where I can – steer the ship a little.”

Given F1’s boom with Drive to Survive, it comes as no surprise that other streaming services want to get involved.

Seven-time F1 champion Lewis Hamilton is working on a documentary series with Apple TV, centred around the British driver.

Additionally, Apple is working on a movie starring Brad Pitt, with Hamilton set to be involved.

“With Lewis’ thing, if anyone’s thinking of it like competition or something, it’s not at all,” Ricciardo added. “Obviously with what he’s doing, with Hulu and me and Netflix and all that, I think it’s cool that we’re using the growth – or the pace of growth – of Formula 1 to get into projects like this and push the sport out.

“In a way I see it as like we’re all supporting each other to support the sport.”