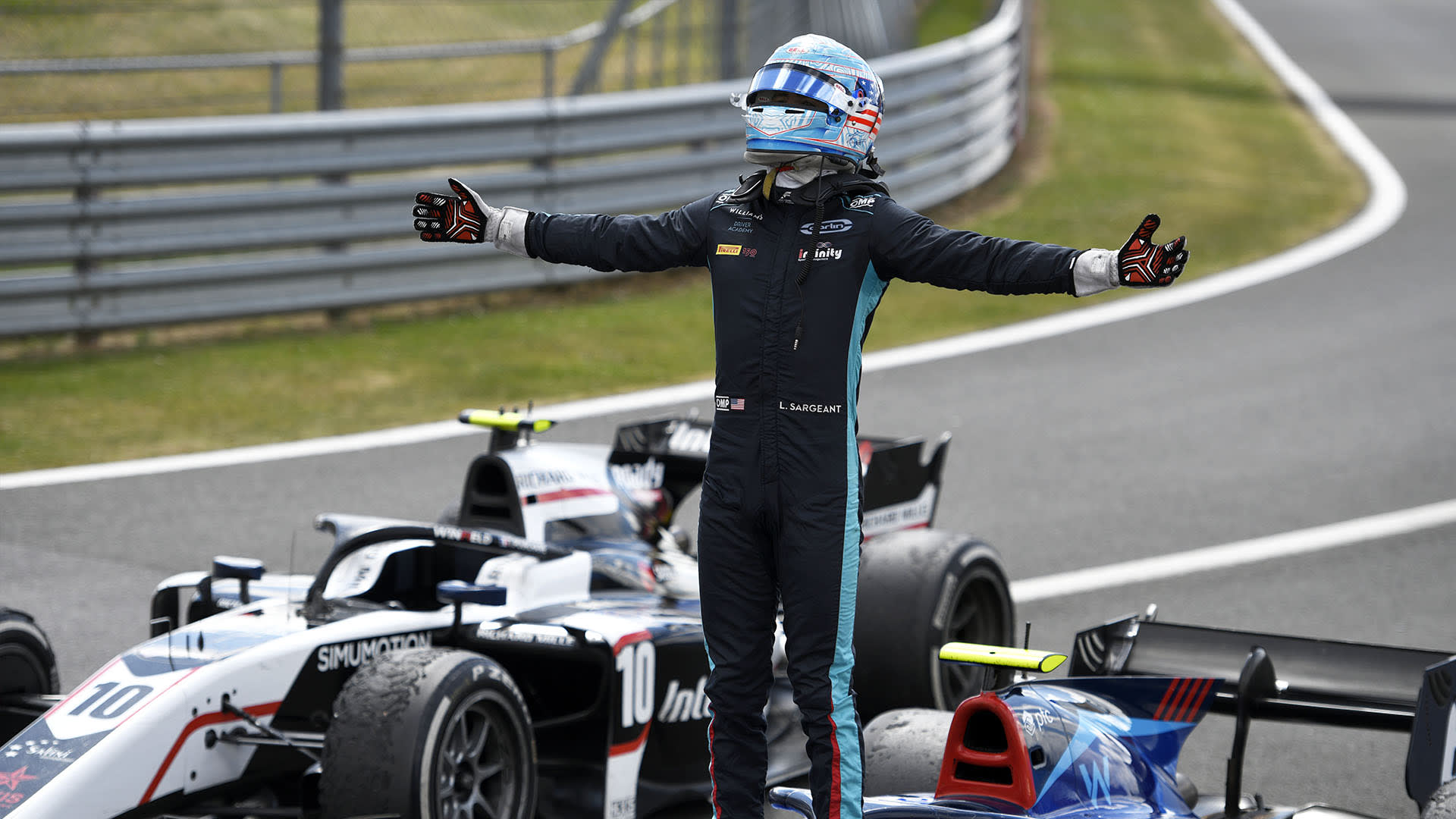 Logan Sargeant refused to let the pressure of a maiden pole position get to him, putting on a dominant display to take his first Formula 2 victory in the Silverstone Feature Race – becoming the first American driver to do so in the Championship’s history.

Since the beginning of the weekend, Sargeant was the one to beat and nobody could come close to him on Sunday. Executing a strong getaway, he held onto the lead as Theo Pourchaire shot up from fourth to second at lights out before an early Safety Car appearance on Lap 2. Contact between Roy Nissany and Dennis Hauger sent the Red Bull junior flying over the sausage kerbs and on to the top of the DAMS car.

On the restart, Sargeant looked comfortably in control, beginning to build a gap as the pit stop window opened for those who started on the soft tyres. That gap held firm until the final couple of laps as Pourchaire’s sudden burst of pace put him right within the Carlin’s DRS. However, Sargeant didn’t falter, and having saved some tyre performance, he clawed his way out of the Sauber junior’s grasp to take an emotional victory.

This feature is currently not available because you need to provide consent to functional cookies. Please update your cookie preferences

Pourchaire breathed life back into his title fight with second and Liam Lawson gave Carlin the perfect end to their home race weekend as he held onto the final podium position. Waiting until the final seconds of the race, Felipe Drugovich overtook Mercedes junior Frederik Vesti for fourth. Juri Vips was fifth, ahead of Jehan Daruvala and Hitech Grand Prix team mate Marcus Armstrong.

Off the back of his Sprint Race win on Saturday, Jack Doohan took ninth, while home hero Jake Hughes climbed up to take the final point in 10th.

Although Drugovich still stands at the top of the Drivers’ Championship on 148 points, Pourchaire will be hoping to claw back more of his advantage next time around, but he’ll need to keep an eye on Sargeant, who’s vaulted himself into the fight in third.

The second half of the double-header awaits, as F2 heads to the Austrian countryside and the home of the Red Bull Ring next weekend.