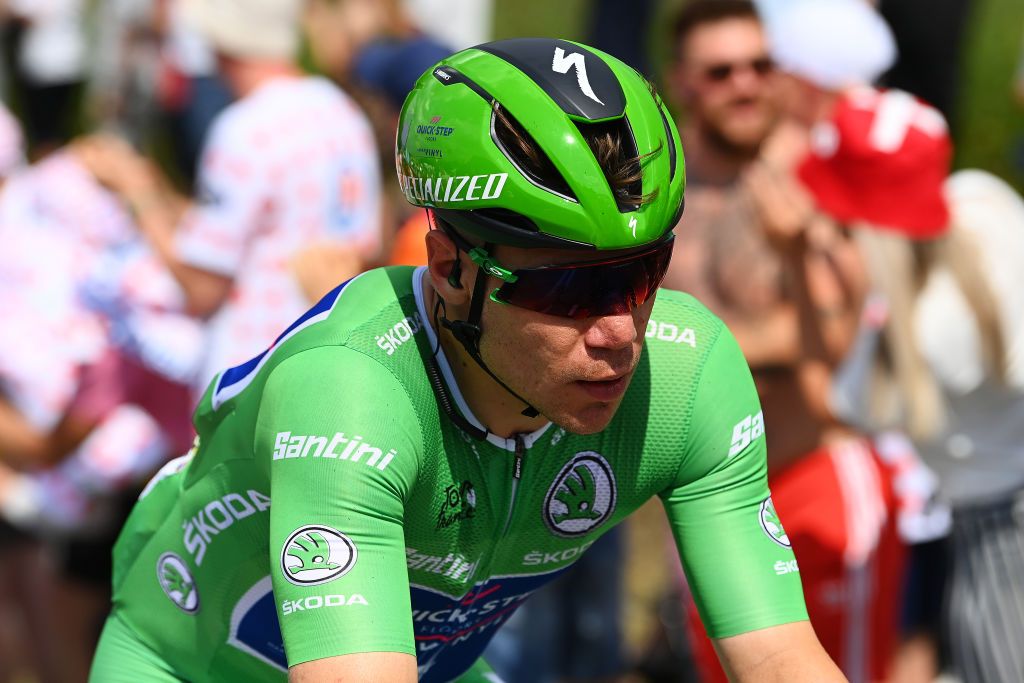 Fabio Jakobsen (QuickStep-AlphaVinyl) has apologised for comments he made following Sunday’s sprint finish in Sønderborg on stage 3 of the Tour de France.

The sprint was won by Team BikeExchange-Jayco’s Dylan Groenewegen, with Jakobsen finishing in 5th place, after problems with positioning cost him in the final push for the line.

Following the race, Jakobsen said in an interview: “It’s nice for him to win but it doesn’t really affect me.”

“I have to say that before the crash I admired his palmarès and I kind of looked up to him a bit.

“But now that is completely gone after the crash because of the mistake he made.”

On Tuesday, Jakobsen was a little more circumspect. “Of course I understand that he and his family have also been through a very difficult time,” Jakobsen told NOS (opens in new tab). “I have every respect for that. Sunday I was a little frustrated. My apologies for that.”

Jakobsen’s crash at the Tour of Poland in August 2020 left him with life-threatening injuries and he later had to undergo multiple surgeries to repair damage to his jaw and teeth. Groenewegen received a nine-month suspension for his part in the incident, and was subjected to hate mail and death threats in the wake of the accident.

Both riders have seen a return to form since their time away from the sport.

Jakobsen made his comeback at last year’s Vuelta a España, winning three stages and the points classification. He currently wears the Tour de France’s green jersey on behalf of Wout van Aert, following his sprint victory on stage 2 in Nyborg, Denmark.

Groenewegen has taken wins in the Saudi Tour and the Tour of Slovenia so far this year, but the Tour de France stage victory is his biggest victory since 2019.