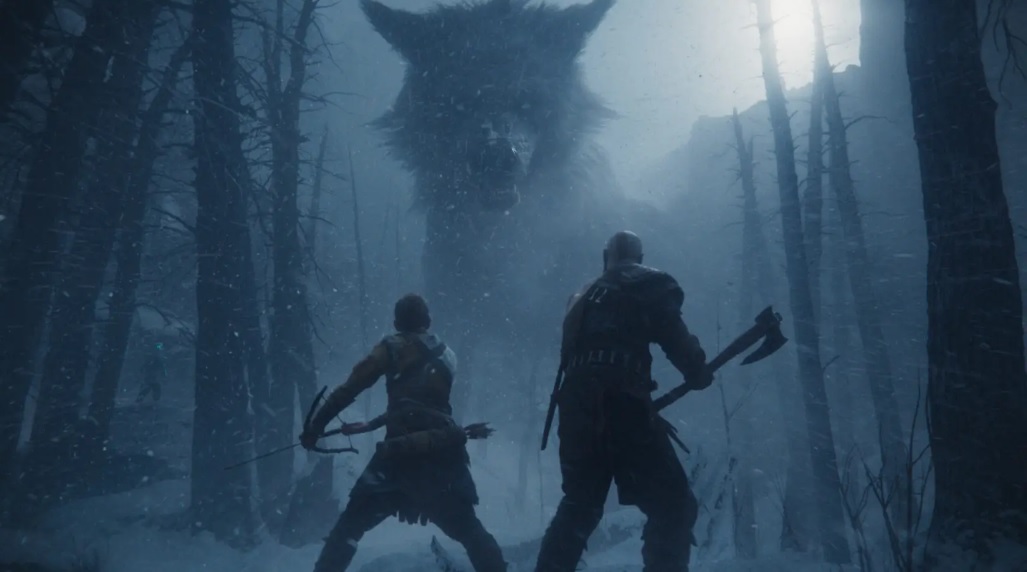 A short trailer was issued to commemorate the release date announcement, and it features Kratos and Atreus facing off against a giant wolf enemy, presumably Fenrir.

The game also has two special editions, the Collector’s Edition and Jotnar Edition. The Collector’s Edition includes a digital copy of the game, steelbook case, two wooden toy carvings of the Huldra Brothers, a Dwarven dice set, and a 16-inch replica of Thor’s Mjolnir. It also comes with some digital items, such as the Darkdale armor, blade handles, an axe grip for Kratos, and matching Darkdale attire for Atreus. A digital soundtrack, artbook, avatar set, and PS4 theme are provided as well.

The Jotnar Edition is similar but includes a few additional goodies, such as a vinyl record of the game’s music by Bear McCreary, a pin set, a Draupnir Ring, Brok’s dice set, and Yggdrasil cloth map. It also contains the digital voucher for the game, steelbook case, the two wooden toy carvings, and the Mjolnir Replica, as well as the same digital items from the Collector’s Edition. Both editions will go on sale starting July 15.

Thor’s voice actor, Ryan Hurst, and art director Rafael Grassetti discussed the contents of the editions in a video.

The digital deluxe version of the game includes all of the aforementioned digital items. Additionally, those who purchase the standard edition on PlayStation 4 can pay an extra $10 to upgrade to the PlayStation 5 version. Pre-order bonuses include the Kratos Snow armor and Atreus Risen Snow Tunic.