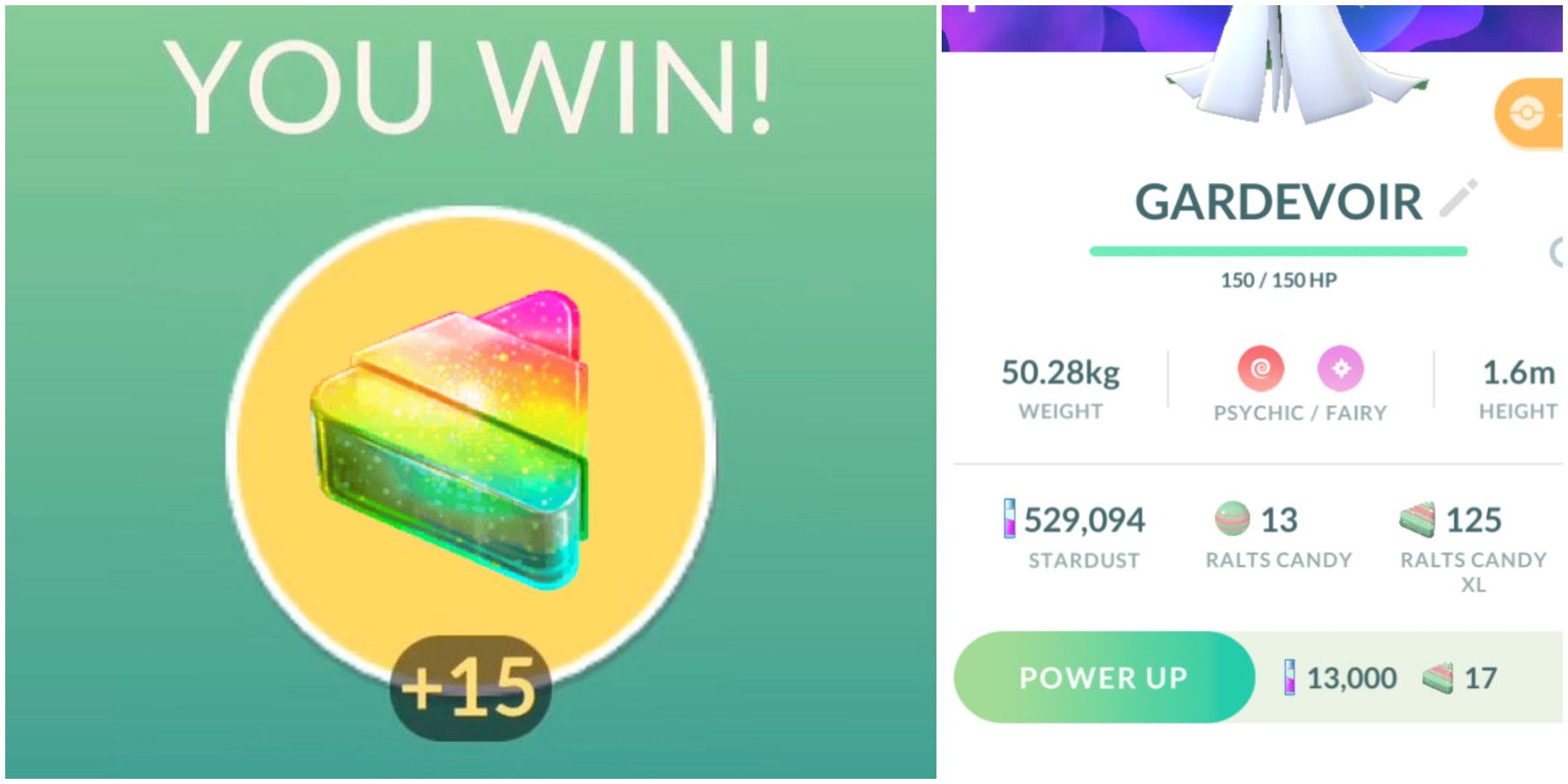 In the early days of Pokemon games, players had very limited ways of effectively leveling up their Pokemon, aside from battling Trainers or wild Pokemon. Players that wanted to defeat all the Gyms of the region successfully and beat the Elite Four would need to level their Pokemon to 100 (especially Pokemon with weak base stats), which took a lot of grinding. But, there was one Pokemon item that all players valued and kept until a worthy Pokemon appeared: the Rare Candy.

Rare Candies would increase a Pokemon’s Level by 1, regardless of how much experience they needed to level up. But, Rare Candies work a bit differently in Pokemon GO, as beginner Pokemon GO players will know. As there are no levels in Pokemon GO, players use Rare Candies to create a Candy specific to the Pokemon it’s being used on. And these Candies will allow players to “level up,” or raise their Pokemon’s overall Combat Power. But, at a certain point, Pokemon need Candies XL (or their Rare counterpart), which are a bit tougher to find.

The Importance of Candy XL

Candy XL is used exclusively for Pokemon that have reached “Level 40” (over 3,000 Combat Power). Trainers need Candy XL to reach Level 50 on a Pokemon, which is essential for players if they want to perform well in the higher stages of the GO Battle League. Players unlock the ability to use Candy XL once they reach Trainer Level 31, but will not be able to max out a Pokemon as Pokemon Combat Power is tied to a player’s level.

Instead of consuming a Pokemon-specific Candy, a Pokemon at or above Level 40 will consume a Candy XL. The higher the Pokemon’s CP (or level), the more Candy XL that Pokemon will need to level up. As this is the end-game part of Pokemon GO, where high-level players push their Pokemon to their CP limits, obtaining Candy XL isn’t going to be easy.

How to Get More Candy XL

Obtaining Pokemon-specific Candy XL is quite straightforward, as it involves trading Candies for Candies XL of that Pokemon. Players will need to trade x100 Candies to receive x1 Candy XL. That means players will either need to search for the wild version of the Pokemon they want to level. They must then catch it while using Pinap or Silver Pinap berries, or make that Pokemon their Buddy to earn Candies while they walk.

Additionally, players have a slight chance of obtaining Candy XL by trading a Pokemon. This is a slow but viable way of getting more Candies. Raising a Pokemon’s CP with this method is time-consuming, especially at higher levels when a Pokemon needs 20 Candy XL per level. Fortunately, players can obtain Rare Candy XL in various ways, albeit not easy ones.

As players increase their Trainer level from 41 to 50, they’ll receive Rare Candy XL (31 in total). That’s enough Candy XL to level a Pokemon at least three times if they’re still around level 40. Players can also obtain Rare Candy XL by completing Field Research tasks like “Let’s GO, Meltan!” but players can only complete these tasks once.

The most viable method of gaining Rare Candy XL is by completing 3-Star and higher Pokemon Raids. Every time a player successfully beats a Raid, they’ll have a slight chance to receive 1-3 Rare Candy XL as a reward. 5-Star and Mega Raids offer even higher chances of getting Rare Candy XL, so players should try to focus on farming them as often as possible.

Beating a 5-Star or Mega Raid isn’t easy, and requires at least five other Trainers. Players will want to prepare a Pokemon that’ll make beating Raids easier and less frustrating. For starters, players should have Hydreigon with Bite (Fast Move) and Brutal Swing (Charged). Bite has a high attack speed, meaning players can use Brutal Swing more often.

The ultimate Legendary Pokemon, Mewtwo, is the second most crucial Pokemon in a Raid Team. Players should teach Mewtwo Confusion/Psycho Cut (Fast Move) and Psystrike (Charged Move). After that, players can try using the following Pokemon in their Raid Team: Xurkitree, Reshiram, Darkrai, and Rampardos. If a player still doesn’t have access to these Pokemon, refer to the chart below for some additional options.

Pokemon GO is available now for iOS and Android.