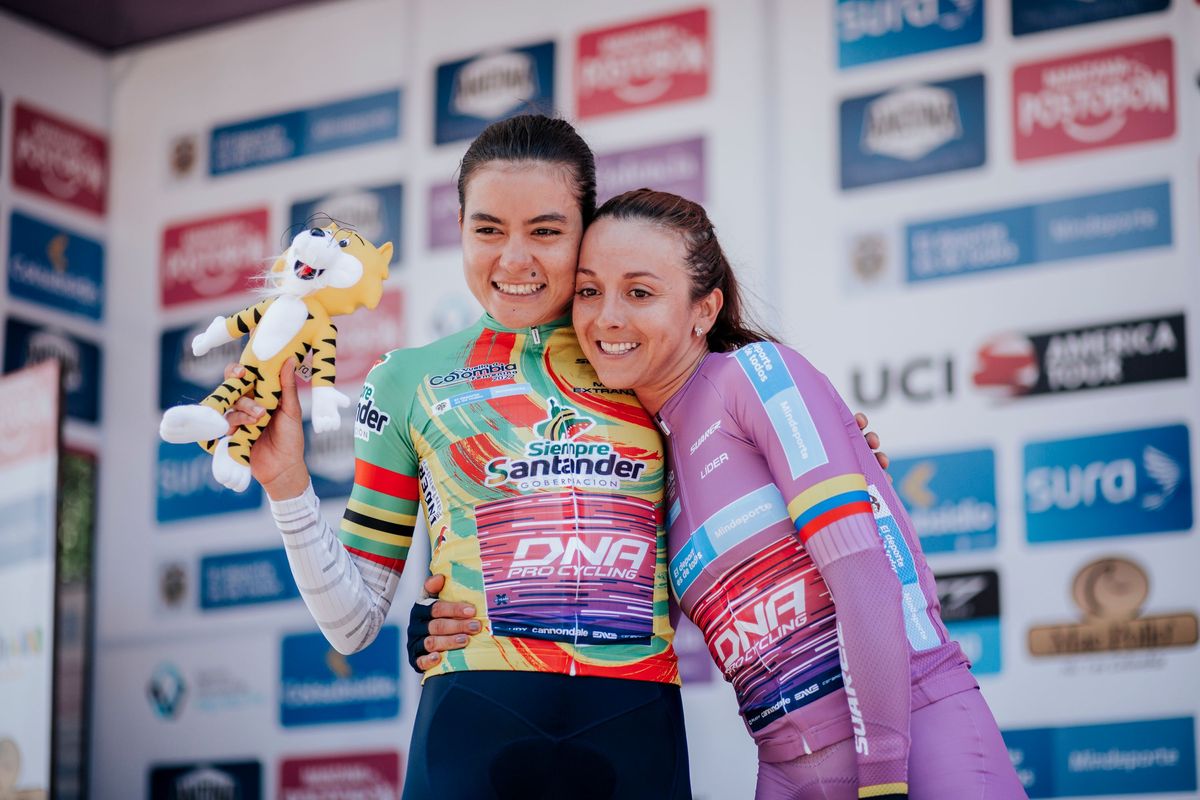 On target for an 11th season of racing, DNA Pro Cycling announced their 12-rider roster for 2023, including seven new riders. Britons Harriet Owen and Rachel Langdon join the team with experienced US riders Shayna Powless and Holly Breck.

Leading the charge among the five returning riders from a successful 2022 road season are Colombian national road champion Diana Peñuela and Mexican national time trial champion Anet Barrera, both of whom signed two-year contracts. Peñuela swept all four stages en route to the GC title at the Vuelta Colombia and Barrera was third overall, as well as earning the Best Foreigner jersey the last two stages.

“We’re very excited to continue the momentum of success this year with a new-rider mix of up-and-coming talent and seasoned pros,” said team director Catherine Fegan-Kim. “This new, larger roster was carefully selected to support our ambitions in road racing in North America, Latin America and Europe.”

Notably absent from the roster is sprinter Maggie Coles-Lyster, who is the reigning Canadian road race national champion and recently scored women’s titles in the overall and sprint classification at the 2022 American Criterium Cup.

“After developing Maggie for the last three years, we are really excited for her signing with a team in Europe to test her sprinting legs amongst the best in the world. We’re really stoked for next year, we have a few young riders that show enormous potential like Maggie and some experienced pros,” Fegan-Kim told Cyclingnews. A new team for Coles-Lyster has yet to be announced.

In 2022 the team mixed road races among a steady calendar of criterium events. Riders recorded seven top 10s between the Joe Martin Stage Race and Tour of the Gila, Coles-Lyster taking a victory on stage 4 at Joe Martin. At the seven-day Tour Cycliste Féminin Inernationale de l’Ardèche, Barrera and Peñuela finished in the GC top 20.

Other returning riders include Canadian Kaitlyn Rauwerda, and Heather Fischer and Kimberly Lucie of the US.

Owen and Langdon both move across from ATX Wolfpack p/b Probikekit, where Owen captured the overall title of Tour of America’s Dairylands for a second time. Breck has raced for UCI teams TWENTY20 and Rally Cycling, and raced this season with Torelli-Cayman Islands, scoring podiums in pro races at Salt Lake Criterium and Manhattan Beach Grand Prix.

Powless is an all-arounder on dirt and asphalt. This year racing for L39ION of Los Angeles, she stepped on the podium at two stages of the Joe Martin Stage Race and finished fourth in the road race at the US Pro National Championships.

Among the all-star cast of young riders on the team, Van Dam, 20, comes to DNA from the Red Truck Racing program. This year at the Pan American Track Cycling Championships, she won gold medals in the Omnium, Elimination, Madison, and Team Pursuit. She also won the individual pursuit at the 2022 Canadian Track Championships and stood on podiums at the Redlands Bicycle Classic.

Nineteen-year-old Cummins, 19, is the current US U23 criterium champion and had had numerous podiums in 2022, including two stages of the Redlands Bicycle Classic, Tulsa Tough, and Collegiate Road and Criterium nationals. Lehnert, 21, raced three seasons with LUX Cycling, where she finished third in the U23 road race in 2021. At the Andy Schleck UCI squad this season, she won the Festival Cycliste de Morsele, and was fourth in the best young rider classification at Rás na mBan.