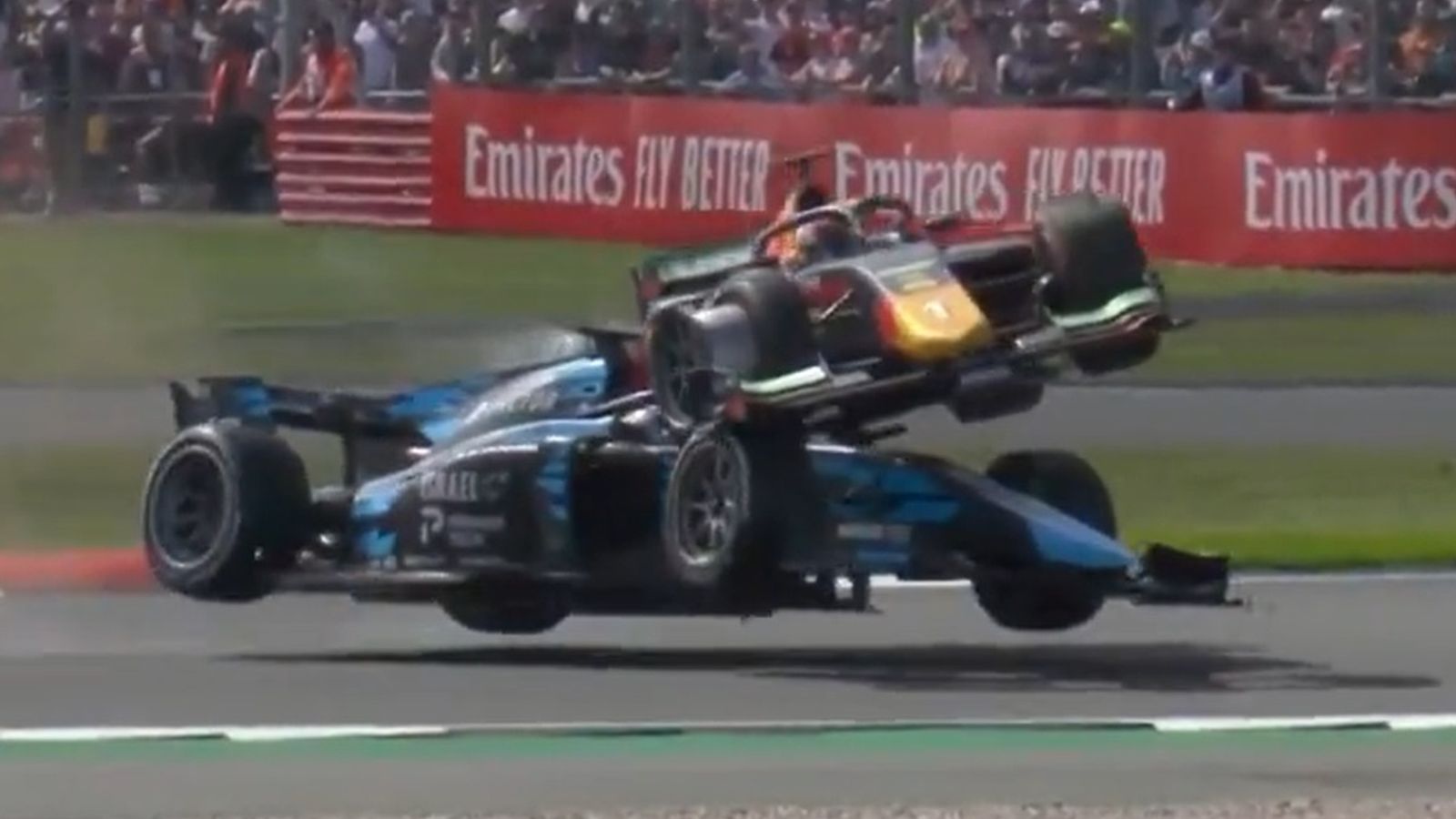 Two racing drivers have been involved in a horror crash at the British Grand Prix – with experts saying it could have deadly but for a life-saving “Halo” device.

Formula 2 drivers Roy Nissany and Dennis Hauger collided on the opening lap at Silverstone on Saturday, as Hauger’s car was launched over the “sausage” kerb and sent airborne towards Nissany.

Hauger’s vehicle landed on top of his rival at speed, before both cars came to a stop in the gravel.

Incredibly, both drivers escaped unhurt and television replays showed it was the halo – the cockpit-fixed safety device introduced to Formula 1 and Formula 2 in 2018 – that had saved the life of Nissany.

The Halo is a protective barrier that helps to prevent large objects and debris from entering the cockpit of a single-seat racing car.

It has proven controversial with critics saying it spoils the “purity” of a single-seat, open-cockpit racing car.

Some have also claimed it can get in the way if a driver needs to get out of the car quickly. In practice, this has proved to not be an issue.

Lewis Hamilton credited the Halo for saving him after he was involved in a crash at the 2021 Italian Grand Prix with fierce rival Max Verstappen.

Verstappen’s Red Bull car was sent out of control and airborne into the path of Hamilton, with the rear-right wheel crushing the top of the Briton’s Mercedes.

Afterwards, Hamilton said: “I feel very, very fortunate today. Thank God for the Halo which saved me, and saved my neck.”