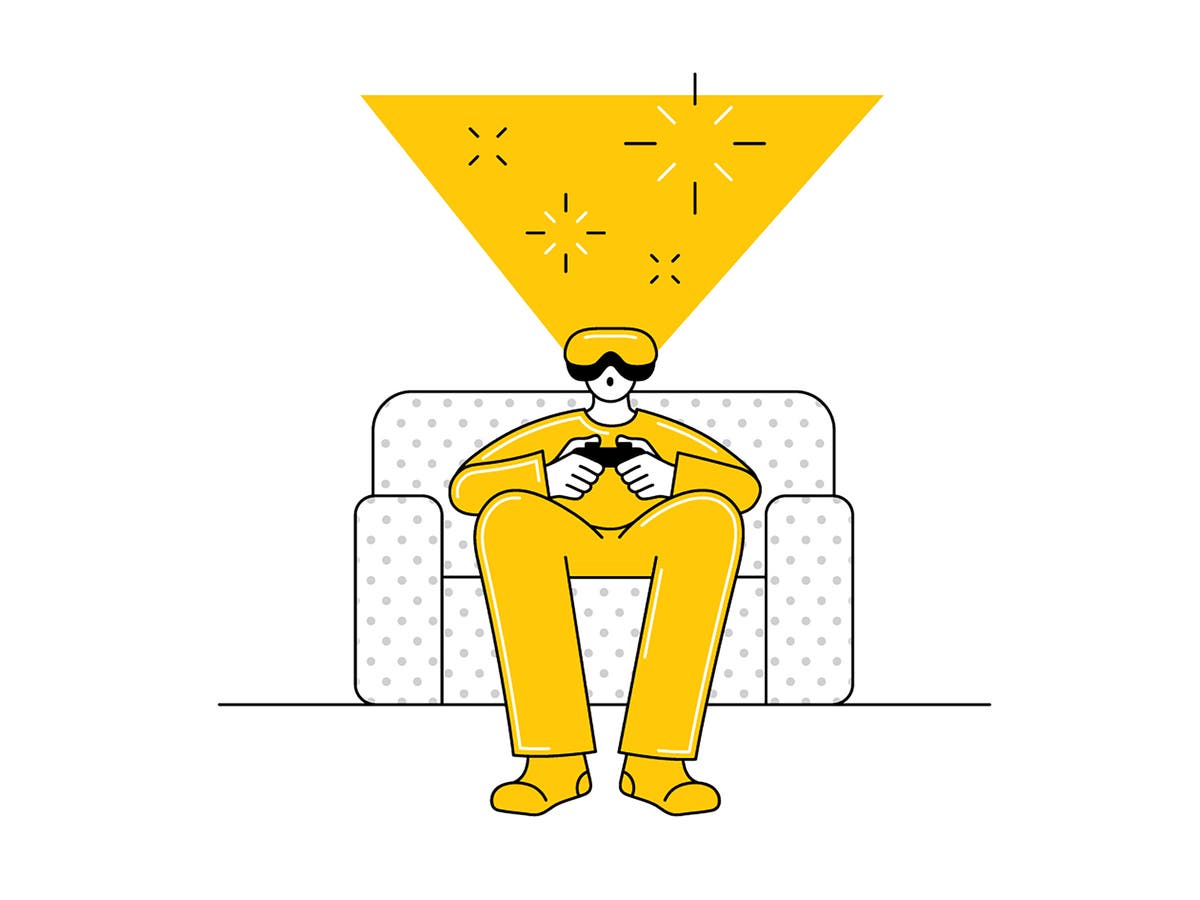 I have, it pains me to confess, a secret addiction. Late at night I indulge; when my wife and daughter are safely asleep I hide myself away in a darkened room, muffle the screams, grunts and clanks as best I can, and begin. I know it’s wrong, that I should have left this awful habit behind in my youth, but its wild sensations and shameful pleasures keep pulling me back in. You see, I am a 50-year-old father of one. And I game.

I’ve had many vices in my life, but the only one I haven’t been able to kick is of the Grand Theft Auto variety. Of the numerous obsessions that society insists you should grow out of by the time you can successfully operate a cafetiere – fidget-spinning, say, or enjoying Celebrity Juice – gaming has become a lifelong compulsion. Recent research from Statistica makes the surprising claim that, of the 3 billion active gamers today, 70 per cent are over 18, and the average age is 34. But I do worry that I alone am hoisting that average up by at least a decade.

I am, after all, a child of the joystick generation – the First Gen Seventies kids who spent large swathes of our childhoods batting a single pixel back and forth across a bare black Atari screen. Who, for whole hours of the Eighties at a time, stared transfixed at a ZX Spectrum’s rudimentary picture of a dragon’s cave slowly drawing itself then, at incredible length, colouring itself in. And for whom the excitement of those endless wooden door holding screens in the 1996 Resident Evil was the equivalent of sitting down for Avengers: Endgame in IMAX.

I got older, but video games didn’t stay young. With each new generation of console they got bigger, longer, more complex, challenging and immersive. Their virtual worlds and universes grew increasingly rich, real, cinematic and emotionally involving. I tagged along just to see what every fresh leap in the gaming experience was capable of. Unlike so many youthful fixations, though, it was still capable of giving me that same electric wonder-buzz as Horace Goes Skiing could in 1982. The Last of Us plunged me deep into a zombie apocalypse movie with an intricate moral arc. Red Dead Redemption had me gasping at vast vistas of the Wild West borderlands. Dark Souls 3 convinced me that my life’s greatest achievement would be to study hard enough to finally defeat an evil nun with a scythe.

Besides the humiliation of regularly having your battlefield ass handed to you by a bazooka-toting six-year-old in online play, it’s all very free and easy being an adult gamer when you’re single – and adult gamers are never non-single for long. But when you’re the father to a four-year-old, gaming takes on a rather more clandestine hue. My chosen PS5 poison is open-world role-playing games (level 317 on Elden Ring, ladies), which often take hundreds of hours to complete. Yet I’m told it’s “not good parenting” to turn off Peppa Pig mid-afternoon and commandeer the TV to spend an hour graphically slicing up demi-humans by the dozen. Hence gaming becomes a late-night, post-pub sinkhole, like other illicit parent hobbies such as dogging and gin. And whenever my daughter looks sweetly into my eyes and asks what I’m doing in my office room so late into the night, I’ve learnt to tell her that I’m hard at work planning her next playdate. Rather than give her the honest answer of “slaughtering sorcerers”.

To engage your child with things you hope will inspire them is a natural parenting instinct. As is trying to get 10 minutes off from pretending to be a Gruffalo. So, bad dad that I probably am, I introduced my daughter to age-appropriate gaming. She took to it like a duck to in-game micropayments. For a while it became our morning bonding ritual: roaming the deserts and jungles of Gigantosaurus: The Game collecting dino eggs and planting walnut trees; rescuing monkeys from the mountains of Paw Patrol on a Roll; lobbing pizza slices at each other across the tracks of Nickelodeon Kart Racers.

The three-hour play-through times of children’s games, though, as well as the healthy child’s inherent need for repetition, quickly turned our gaming sessions to torture. I can’t count the amount of time I’ve spent trotting along glitchy forest paths on a magic horse while playing, over and over again, a low-budget game called The Unicorn Princess. It looks like something a team on The Apprentice might knock up if given two hours to make a popular children’s video game on a knackered Commodore 64.

After a year, and hopefully with some hand-eye coordination under her belt, my daughter grew bored of the limitations of the games. “Why can’t I go that way?” she’d ask, running into a rainbow at the edge of a map, or “why can’t I be Liberty?” when an unsatisfactory Paw Patrol pup was chosen for a mission. She isn’t of a generation amazed at the emergence of new entertainment technology; to her the games look so close to real life that she’s simply disappointed when they don’t allow for all the same possibilities.

Her imagination has no such boundaries, map borders or data storage restrictions. It’s not point-and-click, 2D or linear; it has more actions to choose from than you could fit on any controller, no matter how haptic. So while my sordid gaming continues into the small hours, during the day we’ve gone back to playing at pirates and wizards and Gruffalos. Because her world, as this ageing gamer is discovering, is a far more rewarding realm to explore.