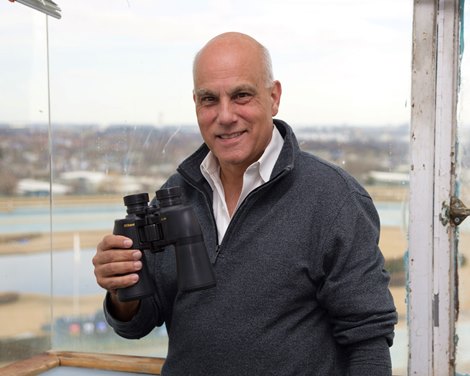 Imbriale’s 43-year tenure with NYRA dates to 1979 when he won a New York Daily News contest, which gave him the opportunity to call a race and work with the NYRA press office. In 1990, the Queens, N.Y., native became Tom Durkin’s backup. Along the way, he took on other responsibilities at NYRA, working with Harvey Pack on the popular Inside Racing television program, and in a variety of roles within NYRA TV.

Imbriale has served as NYRA’s full-time track announcer since January 2020, the latest in a line of distinguished New York race callers including the likes of Durkin, Dave Johnson, and Fred “Cappy” Caposella.

“NYRA is the pinnacle of this wonderful sport, and these last three years have been filled with incredible moments and races that I will never forget,” said Imbriale. “I’d like to thank the fans at Saratoga for truly embracing me, and I look forward to being in the booth the rest of the year and at Belmont Park moving forward.”

Frank Mirahmadi, the track announcer at Santa Anita Park since 2018 and Monmouth Park since 2015, will take over the race calling duties at Saratoga Race Course in 2023. A Los Angeles native, Mirahmadi is well known to racing fans in New York through his work at Aqueduct, Belmont Park and Saratoga in recent years. In addition, his prior experience includes calling races at Oaklawn Park, Louisiana Downs, Golden Gate Fields, and Hialeah Park. Mirahmadi, 54, will relinquish the race calling duties at Monmouth Park and remain as track announcer at Santa Anita.

“I felt the history and tradition of Saratoga Race Course the moment I entered the gates for the first time 25 years ago,” said Mirahmadi. “It is a magical place, and I am beyond grateful to follow in the footsteps of John Imbriale next summer at the Spa.”

Chris Griffin, who has served as track announcer at Parx Racing since 2021, will expand on his previous experience at NYRA and become the primary track announcer at Aqueduct Racetrack beginning in 2023. Accordingly, Griffin will call the winter, spring, and fall meets at the Big A.

“Aqueduct Racetrack plays a central role in New York’s thoroughbred racing ecosystem, and it was a privilege to be able to call races there last winter,” said Griffin. “I thank NYRA for this opportunity and can’t wait to get back to the Big A to begin this new role.”

This press release has been edited for content and style by BloodHorse Staff.