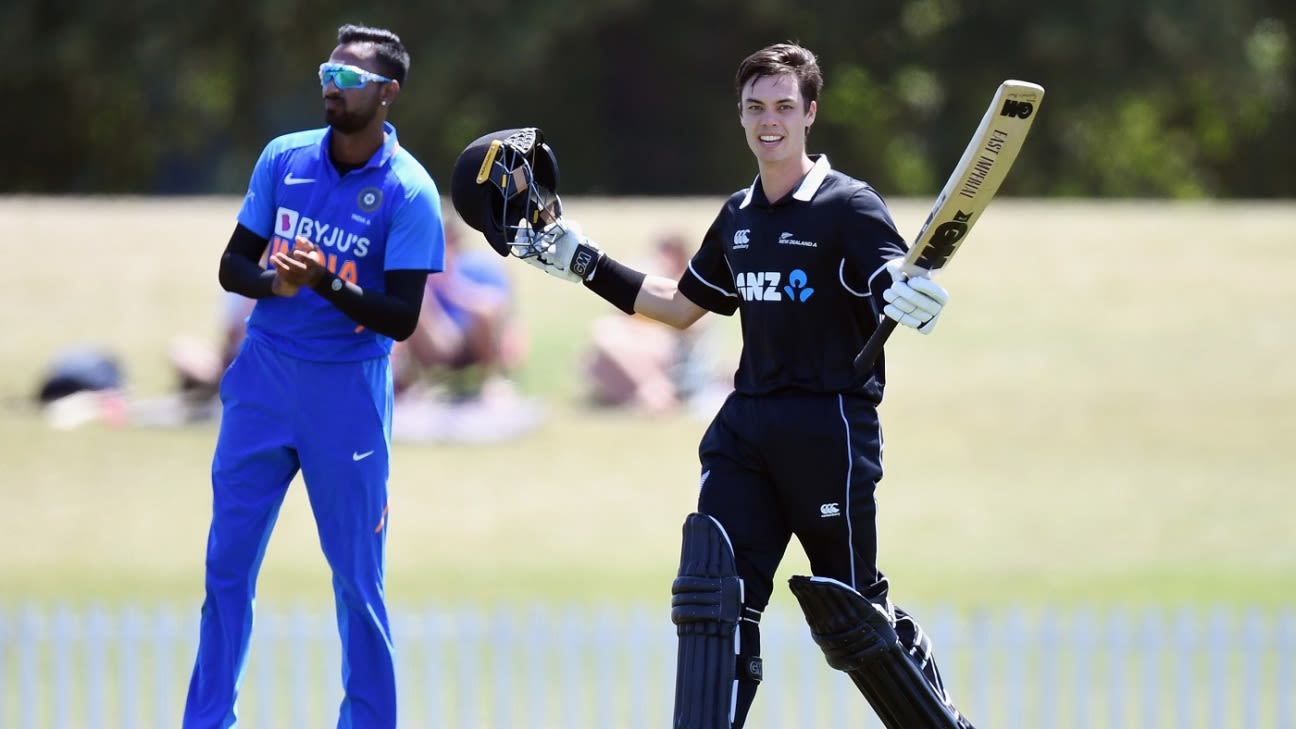 Brought up on a diet of white-ball cricket in Hong Kong, though, the longer format did not always come naturally to Chapman. Born to a New Zealand father and Chinese mother, he is one of the few cricketers to have played international cricket for two countries – Hong Kong and New Zealand. He made his T20I debut aged 20 and his ODI debut a year-and-a-half later, both for Hong Kong. In New Zealand, he had to learn the nuances of red-ball cricket on the fly. A sound technique and the ability to nudge the ball into gaps helped bed him into the Auckland set-up, and he has gone on to become one of their mainstays.

“I do have strong ambitions in red-ball cricket. There is nothing more rewarding than scoring a hundred in a red-ball game or getting a first-class or Test win,” Chapman told ESPNcricinfo. “You can’t beat that feeling.

“Growing up, most of the cricket that I played was white-ball and short-form, so that is where my experience sort of lay but as I began to play for Auckland a little bit more, we obviously played multi-day cricket – it’s something that I have had to learn on the go and something that I have really come to enjoy.”

Chapman has played 35 first-class matches so far, in which he has 2287 runs at an average of 41.58, including 14 fifties and four centuries. Not shabby at all for someone who took to the longer game relatively late.

“I have really come to appreciate the challenges of the red-ball game and really see it as the pinnacle of cricket in terms of mental application and mental test,” he said. “So, yeah, Test cricket is something that I would love to play.”

Chapman’s style of play is a bit different from a lot of his New Zealand team-mates. Unlike those who look to play straight having grown up on bouncier surfaces, Chapman relies on the sweep a lot, which in a lot of ways is to do with him playing more in Asian and subcontinental conditions in his formative years.

He hopes that his penchant for sweeping will help him on this tour of India, where New Zealand A are playing three red-ball and three white-ball games.

“I have really enjoyed trying to read the game and playing the situation that is in front of me. There is no better and more rewarding feeling than being there at the end and hitting the winning runs.”

“I played in Asia growing up, and the sweep shot was something that I needed to use to be able to access boundaries and score some runs, particularly in slightly slower conditions,” Chapman said. “It’s been something that I have always had, and something I have worked hard on particularly for this tour, because in New Zealand, where the wickets are slightly better and don’t turn a lot, you may not necessarily use it.

“Playing in my early days for Hong Kong, I was a little bit smaller, so I had to become pretty efficient in rotating the strike and that [sweeping] was, I guess, my way of keeping my strike rate up with the odd boundary.”

“This generation of New Zealand cricket has been really strong, and we’ve made a lot of World Cup finals and done well in the Test Championship. The competition for the places in the team has been really competitive,” he said. “I have just been chipping away at my game. For me, it is just about being a better cricketer every day regardless of the outcome and just enjoying my cricket as well, because it can be a long hard slog at times particularly when you are travelling a lot and not necessarily playing as much as you would like.”

He’s had a good 2022. Chapman started off the year propelling Auckland to their second Ford Trophy title in three seasons. He was instrumental in helping New Zealand record their highest T20I total of 254 against Scotland in July, and then hit his second ODI century – seven years after scoring his first for Hong Kong – a couple of days later.

“Obviously, ambitions are to really nail the [national] spot in a format or two – you love to be playing as much as you can,” he said. “Particularly in the more recent years, I have really enjoyed trying to read the game and playing the situation that is in front of me. There is no better and more rewarding feeling than being there at the end and hitting the winning runs.”

If he can do just that in India, it could be a huge stepping stone in his path from the fringes towards a coveted Test spot.

Ashish Pant is a sub-editor with ESPNcricinfo