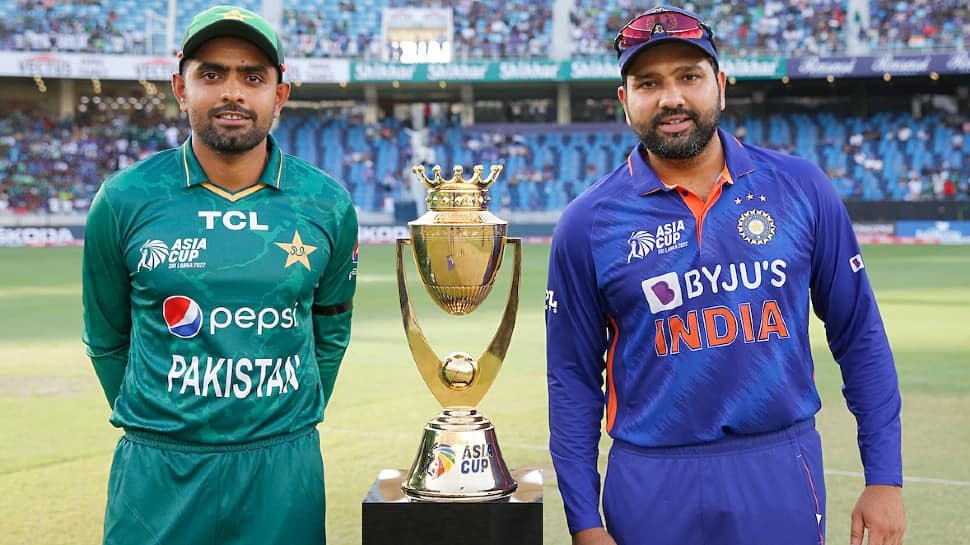 India will take on Pakistan for the second time in a span of 10 days, as they begin their campaign in the Super 4 of the Asia Cup on Sunday (September 4). Both teams will look to make a winning start to their Super four campaign. India will look to continue their winning spree in the tournament with wins over Pakistan and Hong Kong in their previous matches.

Meanwhile, Pakistan will be wary of the good record of India against them in the last five T20Is. India has managed to secure wins in the last four matches of the five played between the two sides. With both sides facing injury concerns, it will be interesting to see how their playing 11 shapes up.

We are officially in the #GreatestRivalry season… yet again!

Are you ready to #BelieveInBlue in Round 2?

Ravindra Jadeja has been ruled out of the Asia Cup with a knee injury, while Pakistan pacer Shahnawaz Dahani is out for the game with a side strain. India will again face the dilemma of choosing between Rishabh Pant or Dinesh Karthik, with the former bringing in the X-factor, while the latter being in great form as a finisher.

The Indian management would be happy with the performance of Virat Kohli in the last match, with opener KL Rahul also spending some much required time in the middle.