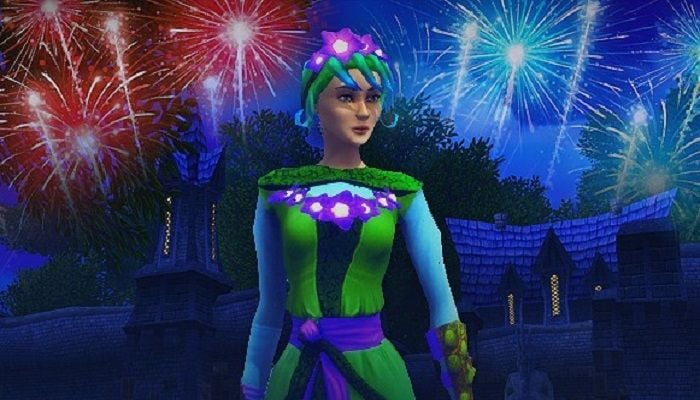 Each week, we scour the internet for all things indie MMO-related so you don’t have to. This week, one developer talks about why cryptocurrency isn’t the right fit for their game, another asks for volunteers to work on their project, and one of my most anticipated indie MMOs gets a global launch date. There’s a lot to cover, so luckily it’s an extended weekend for many of us – happy Canada Day and happy Fourth of July – but let’s quit wasting time and get started with this week’s Indie MMO Spotlight.

The prolonged Easter Event, which was supposed to end back at the beginning of June, will be ending on July 5th. Please use the extended holiday weekend to gather up any eggs you may still need. The top player on each of the Easter Holiday Leaderboards will also be awarded an Abovo or Chick Chick pet, player’s choice.

Clockwork Labs co-founder Tyler Cloutier posted a blog this week where he shares his – and presumably Clockwork Labs – thoughts on cryptocurrency and NFTs in games. In the blog, he explains that the Bit in BitCraft doesn’t refer to cryptocurrency as many people assume. He further explains his belief that the surge of cryptocurrencies/NFTs is driven by the fear of missing out (FOMO). Tyler stops short of saying that Clockwork Labs will never add crypto/NFTs to BitCraft, but he does say that they pursued “the venture capital route to fund the development of BitCraft so that we could avoid all of these issues [with cryptocurrency and FOMO]. This approach comes with its own tradeoffs, but it also means that we don’t need to crowdfund or sell NFTs to fund the development of BitCraft in any way. In the end, I think it will result in a much healthier community and game.”

A new blog post this week shared the updated list of CoT’s Launch Power Sets. Each basic playstyle (protection, melee, ranged, support, and control) will have 5 power sets to choose from.

A new patch (1.3.0) was pushed out early in the week. The patch focused mostly on bug fixes and weapon balancing, but the patch also further refined the anti-cheat algorithm to reduce the number of false positives that saw some players banned when they weren’t using any cheats. You can see the full patch notes here. The Cycle continues to do well on Twitch, and the concurrent player count on Steam seems to have leveled out around the 20,000 mark for now.

FNTASTIC, the developer of The Day Before, gave their website an overhaul this week. The new Volunteer section had many scratching their heads as they tried to figure out the difference between full-time and part-time volunteers.

The Mercury Update (0.30) went live on Tuesday. A devblog covers the Mercury art improvements, and the full update notes can be found here.

There is also a new Beta recap video that showcases all of the major changes the team has made over the last two years, and Ask Aphelia Episode 7 is also available on YouTube.

Elethor’s v28 update, Spire, goes live on July 5th. The full patch notes aren’t out yet, but they will be posted along with the previous version’s notes on the official website when the update goes live.

Ember Sword’s WIPWednesday tweet usually shows off concept art or still shots of whatever artwork the team is focused on currently, but this week we are treated to a gameplay video. The 1-minute, 44-second video shows off gameplay from the Capital, the Deep Forest, and the Autumn Forest.

A new patch went live on Thursday. Accompanying the usual bug fixes and balance changes, Legends (world bosses) received some attention. Summoning requirements for all legends were tweaked and a message is now broadcast on global chat when a summoning begins. Aerhen also has 7 new Legends for players to defeat. The full patch notes can be found here.

A new Feature Spotlight was posted on the FO official news page. The spotlight covers Seasons, an upcoming competitive environment for guilds to engage in. 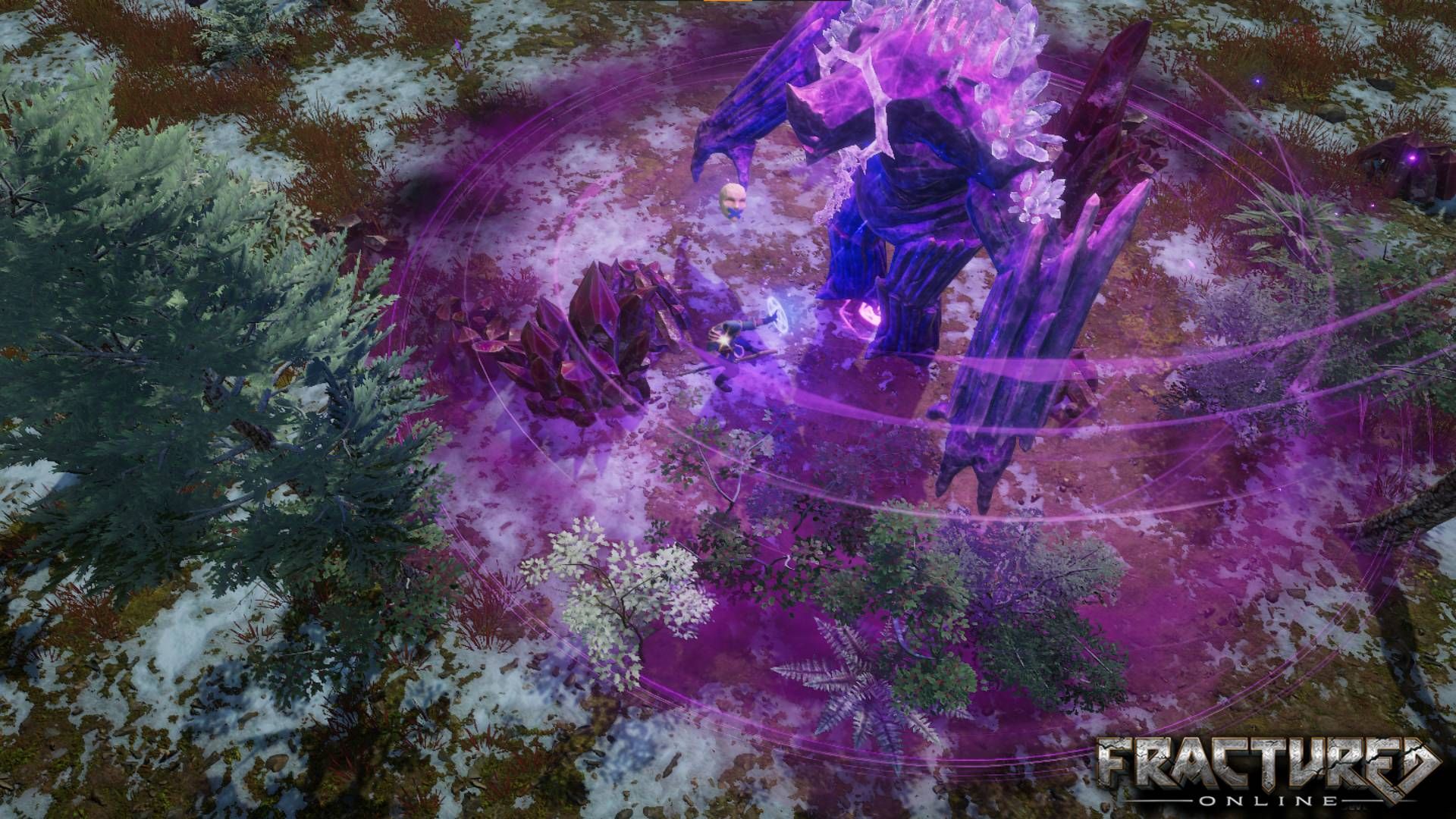 The Genfanad Kickstarter campaign is officially over. In the end, 260 backers pledged a total of $19,821. Congratulations to the team. Now get to work on those stretch goals! With the Kickstarter completed, Genfanad is expected to enter the Beta Test phase on July 15th.

While the redesigned map isn’t quite ready yet, Weekly Update 324 still brings plenty of update goodness to the table. Along with some work-in-progress insight, there are some tweaks to the fishing minigame, a new cosmetic skin set, and a bunch of bug fixes. GV is also expanding its social media presence with a new TikTok profile.

T21 posted their June Dev Blog on Thursday. Along with a short development update, the blog is packed with concept art and in-game assets, community content, and a YouTube playlist of the team’s top music picks.

The Steam delisting of LoA has been delayed for a week or two. The additional time was needed for the team to finish setting up all of the new player accounts. A new delisting date will be announced once everything is sorted out.

Ask and you shall receive. After asking their Discord community what their most hated things about the game were, the dev team went to work updating as many of the responses as they could. You can read the “Summer Wishes” patch notes on Mist Legacy’s Steam page. It’s this type of rapid response that reminds us just how in tune with the community an indie dev can be.

Although the website still displays it as May, INSANE has published its June update for its Profane Alpha Roadmap. Progress has been made almost across the board, with much of the basic backbone items completed. 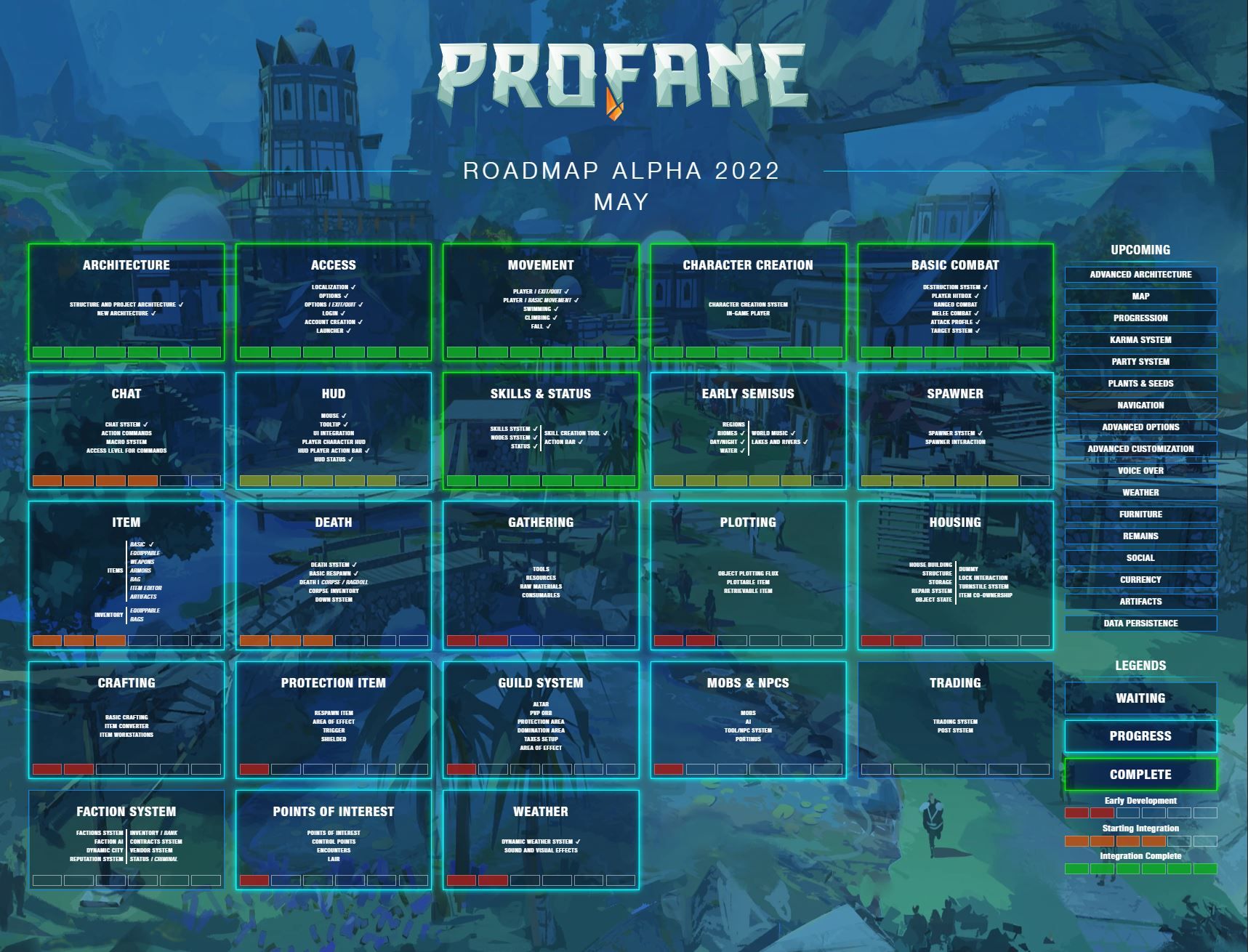 Nick and Michi are back once again for Development Log #341. Michi shared some images of his work on the new custom contract screens, while Nick announced that KI-446b would be the planet receiving a new name in the Name THAT Planet event. Be sure to cast your vote before the ballots are counted.

Having completed their weekly discussions of the classes and races available to players, I missed that the Scars of Honor team have moved on to the topic of lore. The discussion started with the Human race, before moving on to Orcs. This week the topic was Dwarven lore.

The SoH newsletter is all about housing this month. The team collected player feedback after last month’s housing beta, and they’ve already implemented many of the most-requested changes.

In the weekly Tatsumeeko devblog, Nish gives another update on the housing and daycare revamp, introduces us to Island Life, and recaps the team’s trip to NYC for the NFT NYC event.

It looks like I missed Alta Logs #8 last week, so I figured I would mention it this week in case anyone hadn’t already found it on their own.

A recent Wagadu tweet hinted that Alpha-2 would be coming soon. If you haven’t already, be sure to sign up for their newsletter for your chance to get an Alpha-tester invite in the coming weeks.

Alpha-2 is coming soon, we are so excited about the new features you’ll be able to interact with ??????‍?????????Join our newsletter to get an Alpha-tester invite in the coming weeks ????: https://t.co/CzDtMzIz2L#MMORPG #ClosedAlpha #Afrofantasy pic.twitter.com/MxxbRwXzYT

A new update (2.1.309) went live this week, adding the first stage of animal husbandry to Wild Terra 2. The full patch notes list a horde of changes, including the addition of 15 new mobs, adjustments to the combat system, and much more.