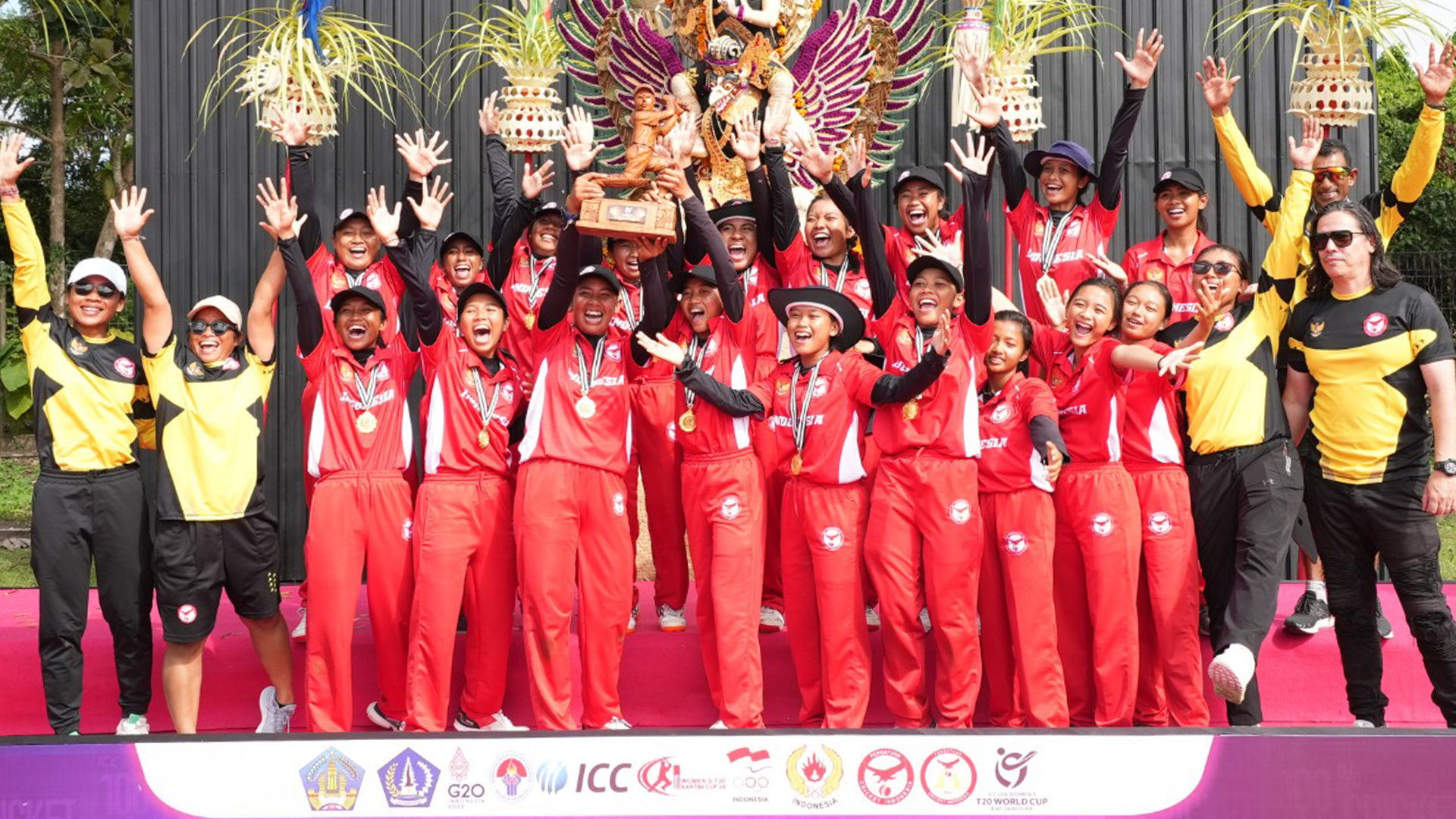 The inaugural edition of the ICC U19 Women’s T20 World Cup in South Africa next year has their latest participant in the form of Indonesia.

Their thrilling win over Papua New Guinea helped the Indonesian women book a spot in next year’s T20 World Cup.

Eighteen-year-old bowler Ayu Kurniartini possessed nerves of steel as she went into the final over with PNG needing just two runs to win.

Kurniartini picked up two wickets off the first two balls of the over and closed the game, booking her team a place in their first-ever ICC World Cup at any level.

Indonesian captain Wesikaratna Dewi was ecstatic with the result and has her sights set on the future.

“I am so happy and so proud of the team, said Dewi. “I cannot believe that we have reached this point, but we are now determined to make all of Indonesia proud of our success at the World Cup.”

Both teams put on a show in the best-of-three event with PNG’s Dika Lohia winning both the Best Bowler and Player of the Tournament. Her match-winning five-wicket haul finishing with 5/8 in Game 2 was backed up with an unbeaten 25 in a successful run chase.

Persatuan Cricket Indonesia (PCI) have certainly taken a big step towards fulfilling their vision of developing ‘an Indonesia sport uniting the country through international success that generates national pride.’

Acting Chairperson of PCI Abhiram Singh Yadav said, “We have worked very hard to get to this place and this represents a new milestone for women’s sport in Indonesia. I can’t wait to showcase our unique Indonesian style and culture with the rest of the world in South Africa.”

ICC Tournament Director Rob Gomm said: “The thrilling conclusion to this event has capped off a fantastic week in Bali, Indonesia, showcasing the best of women’s cricket in the East Asia-Pacific region. I have every confidence that PNG will grow from this experience, and I wish Indonesia all the very best for the World Cup in South Africa.”