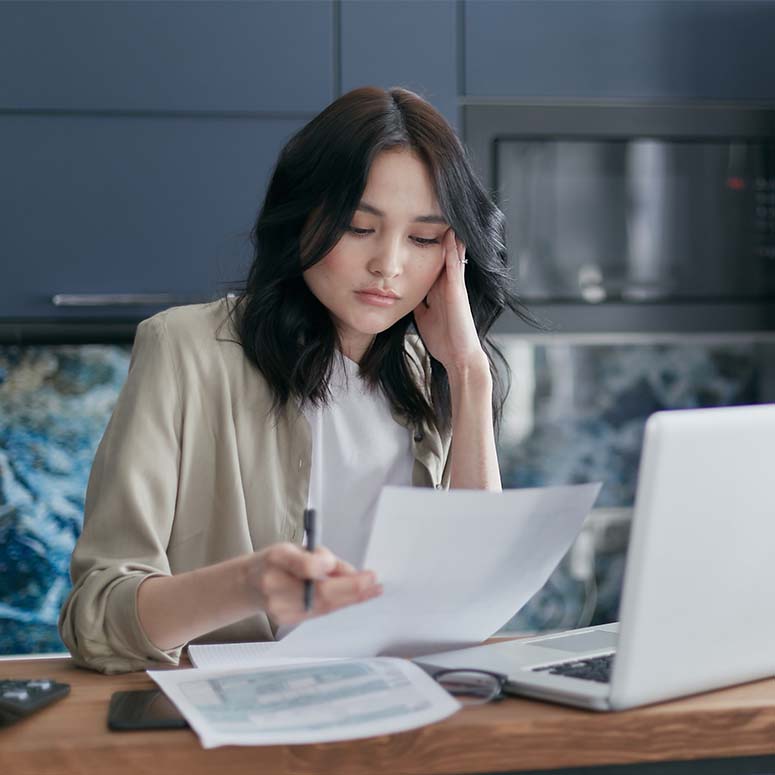 Have you been to the grocery store lately? Across Canada, prices are skyrocketing on everything from food to diapers — and Canadians are stressed! Then there’s social media and the news, which are throwing around the word “recession” quite a bit.

But despite the anxiety-inducing headlines, the Canadian economy is “very strong” right now, according to David Macdonald, a senior economist with the Canadian Centre for Policy Alternatives. He cites rising wages, low unemployment rates and healthy spending habits as reasons for his optimism.

So, if the Canadian economy is looking good, what’s with all the talk around a recession? Is that really going to happen? Macdonald told me about three telltale signs of a recession in Canada so you can keep an eye out for an economic downturn.

Canadian consumers are feeling the burn of record-setting inflation highs. But the Bank of Canada (BoC) sees you. And they want to help. But to do so, they may cause a recession.

This is because the BoC combats inflation by hiking interest rates. Yay no inflation, but boo to the fact that this almost always throws the country into a recession.

Macdonald explains how this works: the BoC often raises interest rates by 0.25 of a percentage point. But this past July, they raised the interest rate by one full point — their highest rate hike in 20 years.

“Folks like me are concerned that they’re going to raise the interest rate too quickly and cause a recession, even if that’s not necessarily what they want because they’re so focused on trying to get inflation under control,” Macdonald says.

When interest rates rise, mortgage rates’ and lines of credits’ rates increase too. Depending on the rate of the interest hike, day-to-day payments can become so expensive that people and businesses can’t afford to pay their mortgage and debt payments. Remember the 2008 Great Recession? That’s an extreme version of what could happen.

Macdonald recommends that if you’re concerned about a recession in Canada to watch for the BoC’s September interest rate announcement. If they hike interest rates above 0.5 of a percentage point or more, we very likely could be headed into a recession, he says.

Related: Stars, they’re just like us? Sydney Sweeney can’t afford to take a break from work.

Right now, Canada has historically low unemployment rates, thanks to strong job recovery after the pandemic (which also involved a recession!).

But a good way to tell if a recession is on its way is when unemployment rates start to rise, Macdonald says. Statistics Canada releases labour force data every month, so it’s a real-time, quick way to see if businesses are slashing expenses by lowering hiring (often a butterfly effect of those pesky rising interest rates).

When you start hearing about layoffs from your friends, that might be a sign that a recession is on its way. However, it’s not an exact science. For instance, currently there are layoffs at tech companies, but the country’s unemployment rate is low. Obviously, support your laid-off friends, but also don’t automatically assume they’re foreshadowing a recession.

Related: You may not be ‘quiet quitting’ — but is your boss ‘quiet firing’ you?

Owning a home is such an exorbitant expense that many Canadians have completely given up on ever purchasing one.

So when your Zillow fantasy homes start to suddenly become affordable, it may be good news for you, but bad news for the economy.

“You start making small changes in the overnight rate, you start to see big changes,” he continues.

This means that house prices start to fall almost immediately after those aforementioned interest rates hike. When the BoC started aggressively hiking interest rates this past spring, there was an immediate drop in real estate prices.

So is Canada headed for a recession?

“One of the reasons there might be a discussion of [a recession] now is that there’s not as clearly a cause,” Macdonald says. “In 2020, when the pandemic hit, it’s pretty clear that if you shut down much of the economy, you’re going to have a recession.”

But the main telltale sign of a recession — the aggressively high interest rates to combat inflation — will really depend on the BoC’s September rate hike announcement.

“I think we’re in a very dangerous situation,” Macdonald explains. “Particularly if we see another rate increase in September, I think that we’re in dangerous territory in seeing big job losses when we’ve increased interest rates to try to control inflation.”