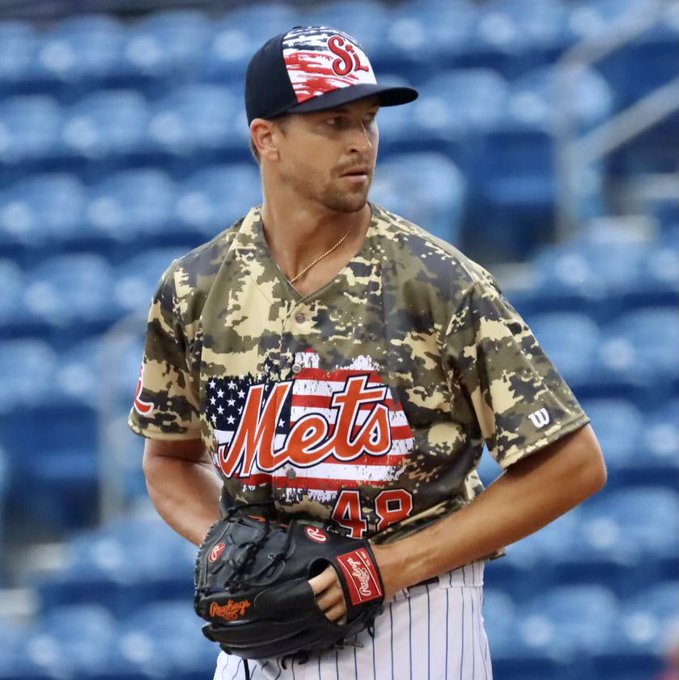 Back in April, a MRI revealed that two-time Cy Young award winning pitcher Jacob deGrom had a stress reaction in his right shoulder. After extensive rehab, deGrom finally returned to the mound in a live game Sunday night. This was his first regular-season appearance at any level since July 7th of 2021.

He pitched 1 2/3rd innings for the St. Lucie Mets (Single-A) against the Jupiter Hammerheads, throwing 24 pitches. Before the game, it was announced deGrom’s workload was to be about two innings or 25 pitches. So, he just about hit that pre-planned mark.

The first pitch was the game was 100-MPH fastball that was fouled back. He got the first batter he faced on a slider tailing out of the zone. His slider was sitting around 94 MPH in the inning. DeGrom also got the second batter faced via a swinging strike on a slider.

DeGrom hit the inning’s third batter. A slider got away from him and hit the batter in the foot area. After a stolen base behind him, deGrom struck the last hitter out via a 99-MPH fastball. 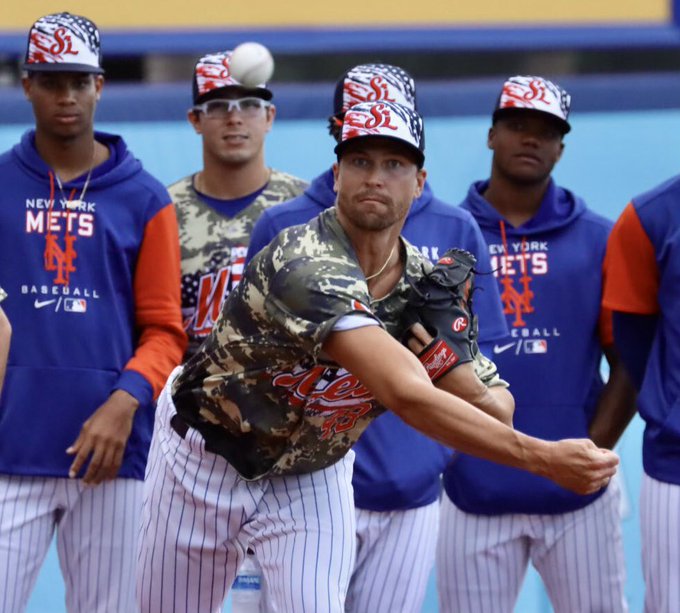 After throwing 18 pitches in the first inning, deGrom was back for the second. His first pitch of the inning was a 97-MPH fastball for a strike. He then got that first batter of the inning looking on the third pitch of the at-bat. He followed that up with another three-pitch strikeout, this time swinging. That spelled the end of his night as he hit his pre-planned pitch count of roughly 25.

In all, deGrom threw 24 pitches and 18 strikes. He went 1 2/3rd innings, while not allowing a hit, run, or walk. He struck out five of the six batters faced, with the only blemish being a stray slider that got a batter in the foot. DeGrom sat at his usual 100 MPH on his fastball and 93-94 MPH on his slider. He hit the 100-MPH mark seven times. Vintage deGrom.

The bottom line is his first outing in a live game in almost a year went as solid as one can ask.

UPDATE: After the game deGrom met with the media. Below are some of the noteworthy things he had to say courtesy of our very own Jack Ramsey: