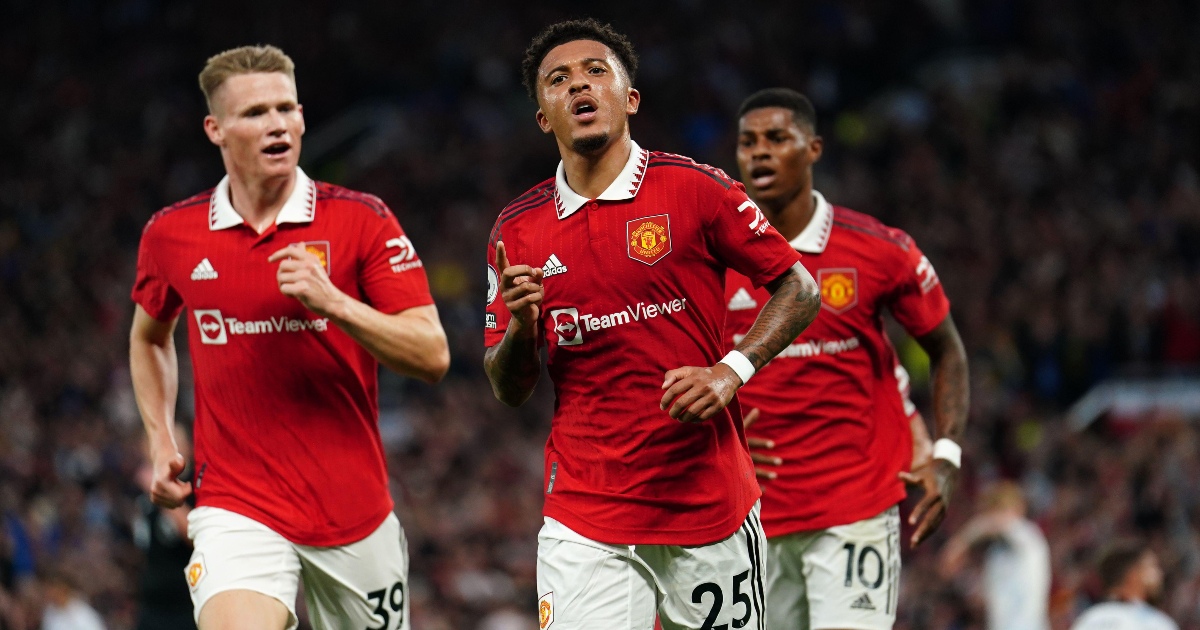 Jadon Sancho feels Erik ten Hag has helped galvanise the Manchester United squad and put in place a clear plan that is starting to pay off.

Ten Hag, 52, was charged with the task of bringing back the good times after stepping into the Old Trafford hotseat this summer. Last season’s sixth-place finish saw the Red Devils miss out on the Champions League. And securing a top-four berth will be one of the Dutchman’s ambitions during his first season at the helm.

Things began badly, with defeats to Brighton and Brentford seeing United at the foot of the standings. The media got stuck into the players, with ambition and work rate questioned.

However, the north-wets giants have rallied to secure three successive Premier League victories. They beat Leicester City 1-0 on Thursday, with Sancho bagging the only goal of the game.

That followed wins over Liverpool and Southampton, with United now fifth in the standings.

Sancho moved to the Theatre of Dreams in July 2021. He played under both Ole Gunnar Solskjaer and Ralf Rangnick last season.

And it appears as though Ten Hag gets his vote as to who is the best coach of the trio.

“I would say (there’s) more information, a more clear plan and what to do, especially in some areas of the pitch. Definitely,” he said of Ten Hag’s methods, per MEN.

“The style of play in training is what we’re working on. Some of that you see, some of it is the intelligence of our players, creating and knowing each other well.

“We’re training more together and as you saw from pre-season, we’re playing well together. We’re playing in the style which the manager wants. Everyone is loving it at the moment.”

The jury is still out on whether Manchester United will be able to keep up the momentum they gained over the past fortnight. But they now have winger Antony and midfielder Casemiro to add quality to the side.

Sancho is under no illusions as to how tough the English top-flight can be. And he confessed that being thrashed by the Bees was the straw that broke the camel’s back.

“It is a long time (since winning three straight games), but every week is going to be tough and we have to be ready and hopefully keep up this momentum,” he added.

“We knew we had to wake up after the Brentford game. We’ve got three wins in a row now and we have to keep this up and hopefully keep getting some more wins.

“We stuck to the game plan as the manager wanted and in every training session we‘re working hard to get better and better.”

United’s next task is to take on table-topping Arsenal on Sunday, with the Gunners having won all five games in 2022-2023.