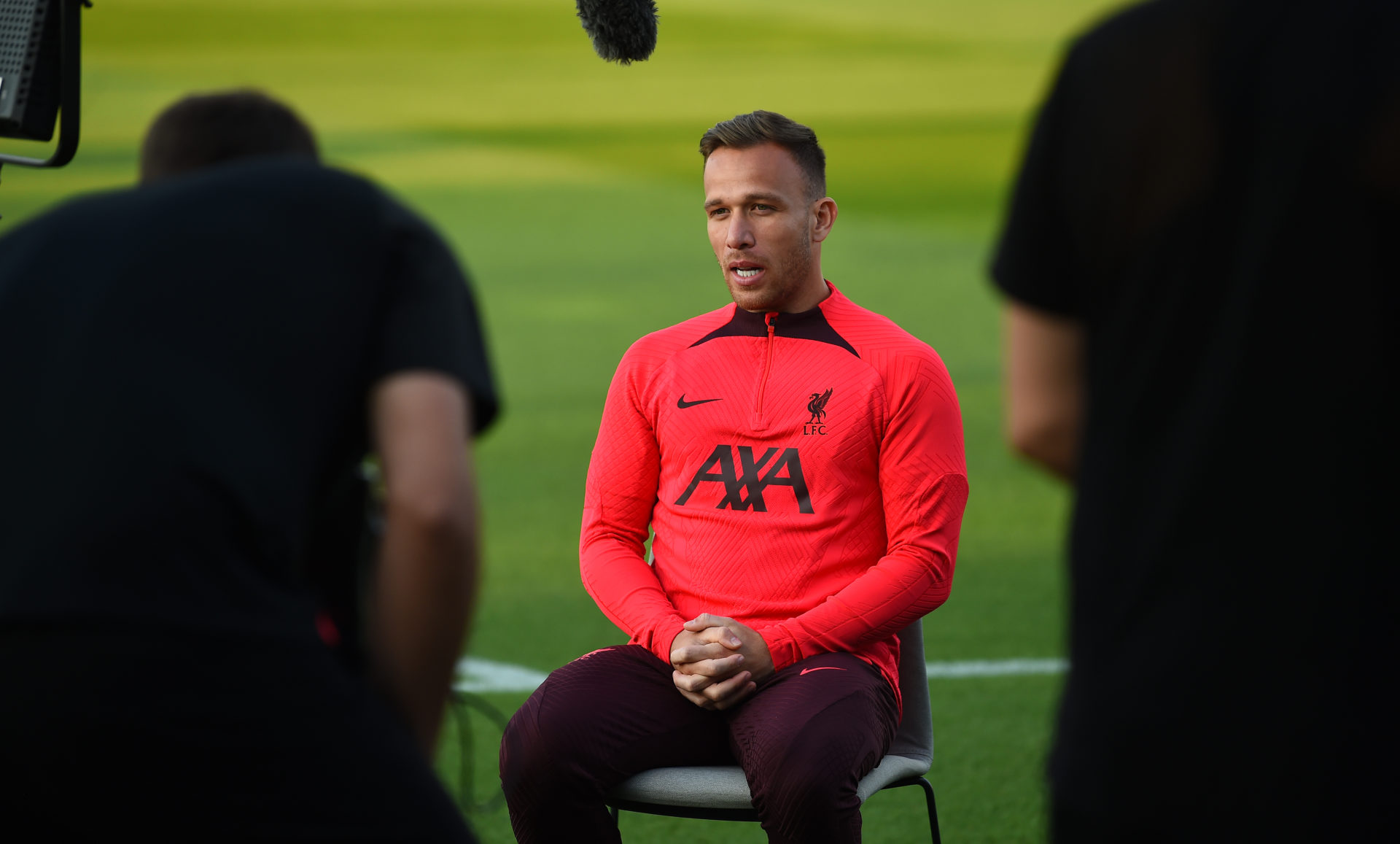 The Reds signed the Brazil international midfielder on loan from Juventus on transfer deadline day.

However, Arthur does not yet have international clearance – Klopp expects this to come on Saturday.

Liverpool hope the 26-year-old will be eligible to face Napoli in the Champions League next Wednesday.

“My information is it will not happen until tomorrow, the international clearance,” Klopp told the Liverpool website.

“We all hope he will be fine for Napoli.”

Klopp also confirmed that Liverpool captain Jordan Henderson is “definitely out” due to a hamstring injury.

“Ox [Alex Oxlade-Chamberlain] is a muscle injury also and they will be out for a while.

“Thiago [Alcantara] is the closest from all [of them]. I think the start of the week, next week, he will be in team training.”

Arthur has been at Juve since 2020, when he joined from Barcelona in a reported £68.4m deal.

He had been at Barca for two years, having linked up with them from Gremio in a reported £27.9m deal.

Arthur has made 63 appearances for Juve and 72 for Barca, as well as winning 22 Brazil caps.

Earlier this year, Eurosport wrote: “Arthur is a half-winger who focuses on possession and passes that start an attacking phase.

“He knows how to lower himself when receiving the ball, making him tough to intercept or tackle, and as a result he rarely loses possession.

“He has improved both in his long passing game and in his reading of the game without the ball.

“Arthur is a useful player if you want to lambada, not to go to war. Or rather, he can go to war, but he is certainly not temperamental.

“In possession he is devastating in all situations, in the sense that with the ball at his feet he does what he wants.

“In the phase of non-possession, he needs a system that helps him, as he is not particularly fast in the defensive transitions.”