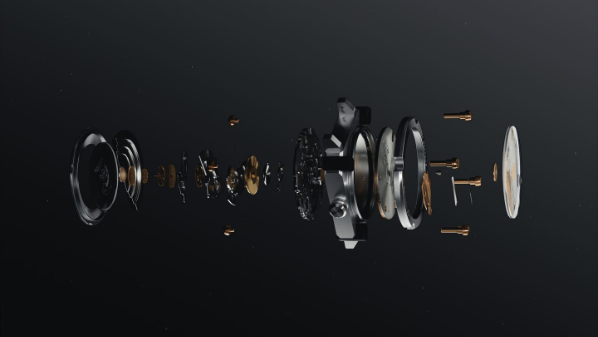 High-end Swedish watchmaker Anicorn has announced a collaboration with Kojima Productions and NASA, resulting in a beautiful watch called Homo Ludens (opens in new tab). It’s silver with golden details, with NASA stamped prominently below-centre on the dial, and the Kojima Productions tagline of ‘From Sapiens to Ludens’ engraved on the outer casing.

Anicorn says that the project’s been two years in the making, and it designed the watch under the supervision of Hideo Kojima and Yoji Shinkawa. The watch apparently represents “the correlation of Time, Space and Homo Ludens” and Anicorn was “inspired by Ludens to proclaim creativity, imagination and the play element in culture.”

Ludens is the name of the Kojima Productions mascot (designed by Shinkawa and representing an astronaut exploring digital space), and no doubt Kojima’s delighted that they were able to get the NASA logo on there (the space agency has previously collaborated with Anicorn). The timepiece’s design is meant to echo that of the EVA (Extra Vehicular Activity and a nice Evangelion reference) suit, to the extent that the sales material calls it an “EVA Creative Suit on the wrist.”

The watch isn’t the only thing that’s come out of this, oh no. There’s a t-shirt with the NASA logo on the front and the Kojima Productions motto on the back with EVA suit details, and also a Ludens sacoche, which is French for bag. They couldn’t call it a Ludens bag?

Then the pièce de résistance: “Exclusively included in the Rare Edition, Ludens Mask is a 1:1 life size collectible that is actually wearable—Everyone of us is Ludens.”

Yeah you read that right. This thing is called, and it deserves the all-caps, SPACE LUDENS and comes in the Ludens Mask Rare Edition. One hundred of these will be available, and they are produced to a movie props standard (whatever that means, I’ve seen some pretty bad movie props) through the “Multi Jet Fusion process”. Which does sound like rather an exciting way to make a mask.

Should you have what I imagine will be several thousand dollars spare, the watch etcetera goes on-sale on 27 September. Anicorn’s various collaborations all seem to sell out pretty quickly, and this will be no exception. The rest of us can, I suppose, stare into space.