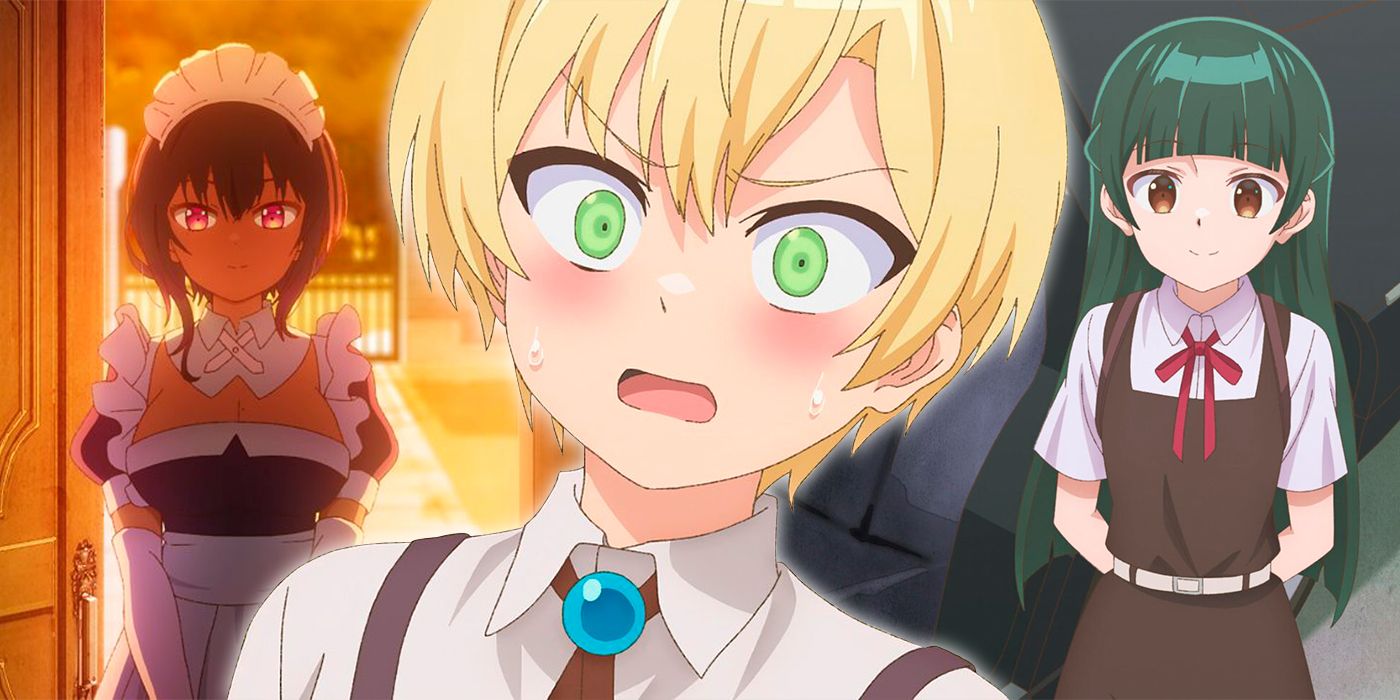 The Maid I Hired Recently is Mysterious is a brand-new comedy anime found in the Summer 2022 anime lineup, and after just four episodes, the series has established itself as the season’s most easygoing and cuddly anime of all, even if it falls short of Classroom of the Elite and The Yakuza’s Guide to Babysitting. The Maid anime has an intimate feel to it, featuring a small but lovable cast of characters in a modern setting.

In the span of four episodes, the Maid is Mysterious set up its charming main cast of characters and clearly defined their relationships with one another. This also includes the characters’ unresolved conflicts, their personal flaws to overcome and the lingering mysteries surrounding Lilith the maid and her young boss.

RELATED: The Yakuza’s Guide to Babysitting: Meet the Main Cast of Characters

Lilith Is The Mysterious Maid in Question

Lilith is the titular character of The Maid I Hired Recently is Mysterious, though it’s debatable whether she is actually the main character. She and her young boss Yuuri are like co-leads, and Lilith has a habit of moving the plot forward while also revealing very little about herself. So far, the Maid anime has only given tantalizing hints about Lilith’s backstory and her connection to Yuuri, but in time, the anime will likely fully flesh out this character and unravel the mystery bit by bit.

For now, Lilith is known only as the charming maid who arrived at Yuuri’s small mansion one day, generously offering to work for free in exchange for Yuuri’s companionship. This makes Lilith one of anime’s most wholesome and lovable maids of all, and even more amusing is her habit of teasing Yuuri, only to show her bashful dandere side when Yuuri teases her right back. So far, Lilith is Yuuri’s housekeeper, best friend and foster mother all at the same time, and Yuuri needs her more than he’ll admit.

Yuuri Is The Young Heir Who Needs A Maid

The blond boy Yuuri tragically lost his parents recently in a traffic accident, meaning Yuuri is now all alone in that sizable house of his. Yuuri is still processing his grief, but as a defensive, hot-tempered tsundere, he’s determined to hide those vulnerable feelings and project an air of competence and confidence. He is also Lilith’s new boss, despite being half her age at most, and this inquisitive boy is determined to expose the secrets of his “suspicious” new maid and get to the bottom of things.

Yuuri is a clever, restless and proud child who insists on having things done his way, and he doesn’t like it when people play games with him. However, not even he can hide his vulnerable side behind this bravado, and he is quick to panic or even shed tears if Lilith is away for too long. Yuuri is already very close to her, and after just one month, he can’t imagine his life without her — even if he can’t stand the mysteries surrounding her.

Yuuri is still a kid, so that means he goes to school and spends plenty of time around other students his age. That includes the shy but friendly green-haired girl Gojouin Tsukasa, who is determined to support her grieving classmate Yuuri however she can. Tsukasa is a total dandere and has trouble expressing herself, but even so, she is highly fortunate to have a supporting friend like her in his life. In the privacy of her family’s estate, meanwhile, Tsukasa is much more expressive and playful, teasing her own maid Fujisaki and drawing pictures of her in colorful maid outfits. It remains to be seen, however, how and when Tsukasa will truly give Yuuri the emotional support he needs in his time of grieving.

Lilith isn’t the only maid found in this anime. There’s also the cool-headed, dryly witty maid Fujisaki, who is duty-bound to look after her employers’ daughter, Tsukasa. Not much is known of Fujisaki’s background, making her the anime’s second mysterious maid, but viewers do get some hints about her own attitude and personality. Unlike Lilith, who’s a playful dandere, Fujisaki is sharp-tongued and has no patience for nonsense, even pretending to announce her resignation when Tsukasa requested that she dress up like a magical girl maid.

Fujisaki is much more like Kaguya-Sama‘s Ai Hayasaka, but she’s not cold either. Fujisaki generously lent Lilith a spare outfit for an open house at Yuuri’s school, for example, and she also helped drive Lilith back home after the latter got stranded on an extended shopping trip. All this marks Fujisaki as a classic kuudere — a cool, aloof person who doesn’t express their loving side too often unless they’re with the right person.