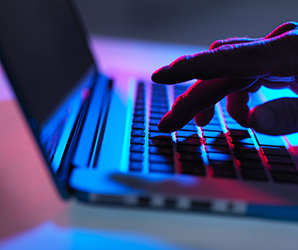 Are you suddenly getting a lot of alerts from your Malwarebytes app? Are Google-owned websites and services suddenly not working anymore, perhaps even including the browser, Google Chrome? It’s not just you.

Many Malwarebytes users are currently experiencing these problems, and currently, there’s only one fix — disabling the software entirely. The question is, where does the problem lie? Is Google truly compromised or is Malwarebytes just broken right now?

Update: Malwarebytes has announced that the issue is now resolved and issued a software update. However, some people are still reporting problems. If you’re experiencing issues, try to update your copy of Malwarebytes.

Malwarebytes is a well-known program that helps protect users from malware and viruses. It offers real-time protection as well as the ability to scan for malware. If any files are found to be infected, they can be put into quarantine. Normally, this program works great, but today, it certainly doesn’t.

Hundreds of Malwarebytes users turned to Twitter, Reddit, and the official Malwarebytes forums, all reporting the same issue: All Google services are currently being blocked as malware. Visiting websites such as the Google search engine, Gmail, Google Docs or Sheets, or even YouTube results in dozens of pop-up messages from Malwarebytes, all announcing that the website was blocked due to malware.

It doesn’t stop there, though. Some users, myself included, have experienced bluescreens when trying to open Google Chrome. Other browsers work fine, but they still do not load Google websites, so the problem seems to affect solely Google products.

It’s worth noting that Google services work fine on devices that are not running Malwarebytes, and they resume working the moment you disable the software, too. As such, it’s almost certain that the problem lies in Malwarebytes. Prior to updating the software, many users didn’t have this problem, so there might have been a faulty patch that is now circulating.

How to fix the problem

We are aware of a temporary issue with the web filtering component of our product that may be blocking certain domains, including https://t.co/LnURsrOUW1. We are actively working on a fix and will update Twitter as soon as we have more information.

Malwarebytes has announced that it’s aware of the problem and is “actively working on a fix.” However, it hasn’t been announced when this fix might happen, so until it does, many are left frustrated.

If you want to overcome this issue, the only fix right now (also recommended by Malwarebytes) is to turn off web protection. To do this, simply open Malwarebytes and then, on the right side of the app, toggle off Real Time Protection. Didn’t work? Quit Malwarebytes entirely. If that doesn’t help, you may have to reboot your computer and/or your router after disabling Malwarebytes.

Obviously, this is not ideal — you will be left without one of your computer’s major defenses if Malwarebytes is your usual go-to. Play it extra safe during this time and don’t visit any websites that could be dodgy. Check out our list of the best antivirus software if you want to make sure you’re protected in the meantime.

Hopefully, Malwarebytes will release an update soon and this issue will be resolved. Keep an eye on the Malwarebytes Twitter account if you want to download your patch as soon as possible.