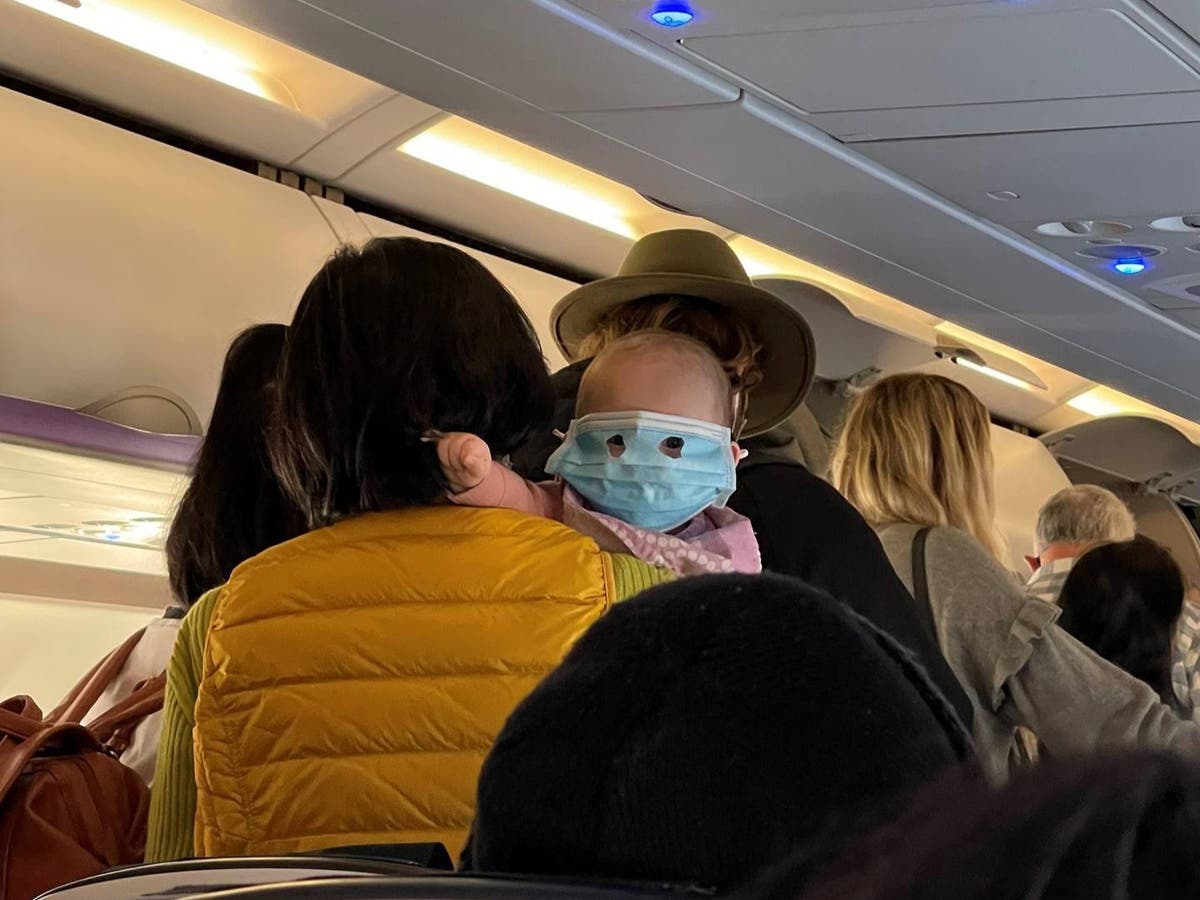 A photograph of a baby wearing a full face mask on an Air New Zealand flight has gone viral over the weekend, sparking plenty of online debate.

The picture was taken on a domestic flight from Auckland to Wellington on 1 July and shows the child wearing an adult-sized mask covering half their face with two little eye holes cut out.

Jandre Opperman, who took the photo and shared it on Instagram, told the New Zealand Herald it was a “super-sweet interaction”.

“The baby was full of joy, jumping around and giggling away. It made the wait to get off the plane a bit more entertaining.”

While some online users found the image funny, comparing the picture to popular horror film characters, others commented that it was “so incredibly sad” and claimed it was an example of “child abuse”.

“If I saw this on a flight I’d remove the mask from her myself,” read one comment. Another claimed it was “dangerous to cover their breathing holes like this”. However, Mr Opperman said that the mask didn’t appear to be secured tightly around the infant’s face.

Some also questioned how effective the mask could be in protecting the child from Covid.

Speaking to The Spinoff, a New Zealand news site, Siouxsie Wiles, a microbiologist and Covid communicator, explained that the mask “might reduce the amount of virus they breathe in a little”, but that it was “best to invest in masks designed for little ones”.

According to New Zealand law, all air passengers over 12 must wear masks on domestic flights.

For younger children, the government advises that parents choose a well-fitted mask that can be worn consistently and covers their mouth, nose and chin without any gaps.