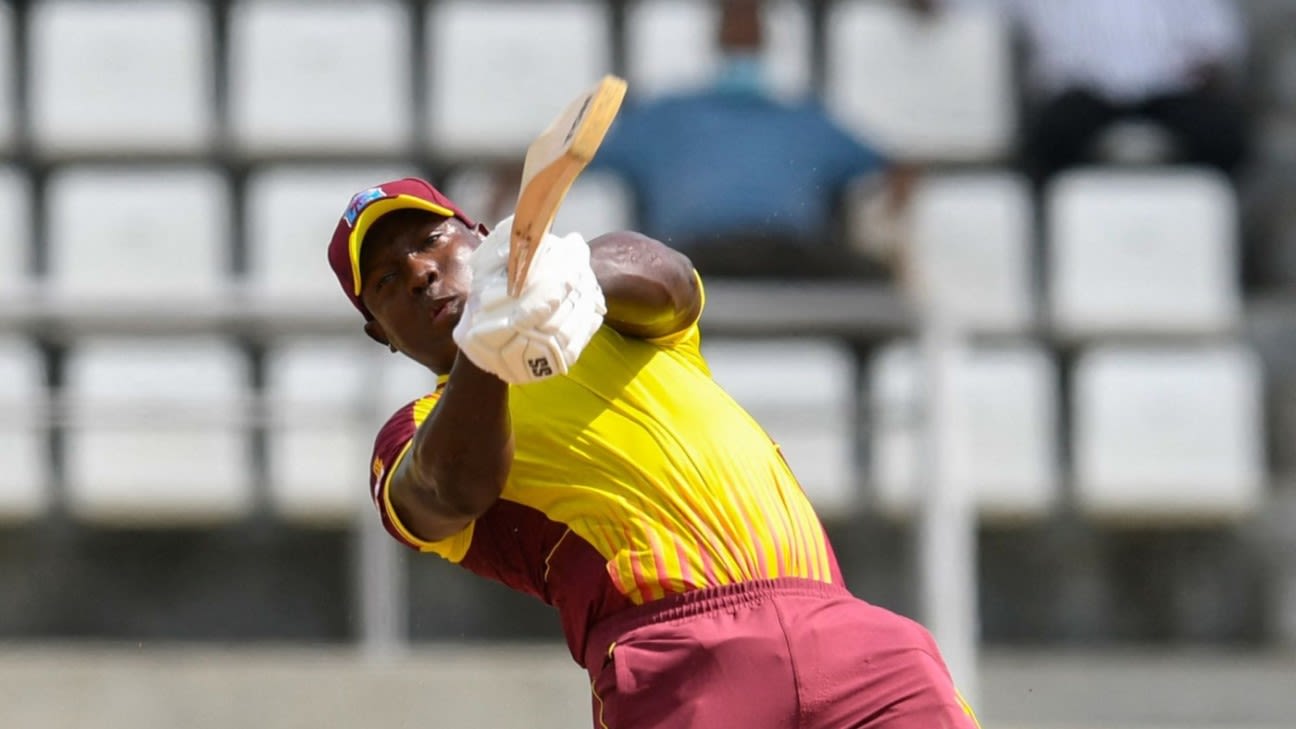 In West Indies’ quest to build momentum ahead of this year’s T20 World Cup, Bangladesh could well be blown away if they are not careful. The way the home side blasted them out of the contest twice in Dominica last weekend could have done enough damage to the visitors’ already shaky posture in T20s. However, Bangladesh have shown this year that they can turn things around, so that could be their only inspiration. Otherwise, they might need Georgetown’s inclement weather to help them out.

West Indies will feel hard done by in the first game in Dominica when the umpires decided to abandon the match in full sunshine. They had kept Bangladesh to 105 for 8 in 13 overs, which would have given them an easy chase. Still, the hosts bounced back on the following day with Brandon King and Rovman Powell getting them to 193 for 5, before the bowlers closed out the Bangladesh batters effectively.

Nicholas Pooran changed his bowlers quite well in both games, particularly mixing his fast bowlers with legspinner Hayden Walsh Jr. Romario Shepherd, too, has stood out with five wickets in the two matches.

Bangladesh didn’t really threaten West Indies’ bowling, barring a few moments. In the first game, they fell away from 56 for 2 to 77 for 7, before Nurul Hasan struck a couple of big hits towards the end. Shakib Al Hasan and Mosaddek Hossain did a similar job only after the required run-rate ballooned to 19 an over. It was too little too late.

But this is high time for Bangladesh to turn things around after losing their last seven international matches. A win over an exciting West Indies side would do a lot to improve their confidence.

Rovman Powell has been around the West Indies set-up for a few years and has even captained them in a few games. But now he is flourishing in a new role of the lead finisher in the white-ball side, particularly with the T20 World Cup coming up. Powell showed his big-hitting ability in the IPL this season, and he is certainly valuable in a T20 line-up. His 28-ball unbeaten 61 against Bangladesh in the last game certainly showed that he picks the right bowlers and moments to shift the momentum in a match quite quickly.

When Powell was going berserk against Shakib and Taskin Ahmed, left-arm quick Shoriful Islam pulled things back with tight overs at the death. He has come back into the Bangladesh side after an injury, bowling accurately, and increasingly showing the smarts with his skillset. Being flown in for the second Test in the West Indies, Shoriful has proved that he can be just as valuable as Mustafizur Rahman with the red ball. In white-ball cricket, too, he is Bangladesh’s first-choice option, along with Taskin and Mustafizur.

The hosts are likely to go with an unchanged side after the convincing win in Dominica.

Bangladesh have very little room in the rest of their squad to make changes. They only have Mehidy Hasan Miraz and Nasum Ahmed fit, while Munim Shahriar is nursing a back injury.

Another interrupted match is likely as heavy rain is in the forecast for Georgetown during Thursday afternoon. The last two T20Is at this venue, last year in August, were also abandoned due to rain.

“It is always good having a lead in the series. We feel we are in a good space from a team perspective. Looking forward to some good weather tomorrow to close out the series.”