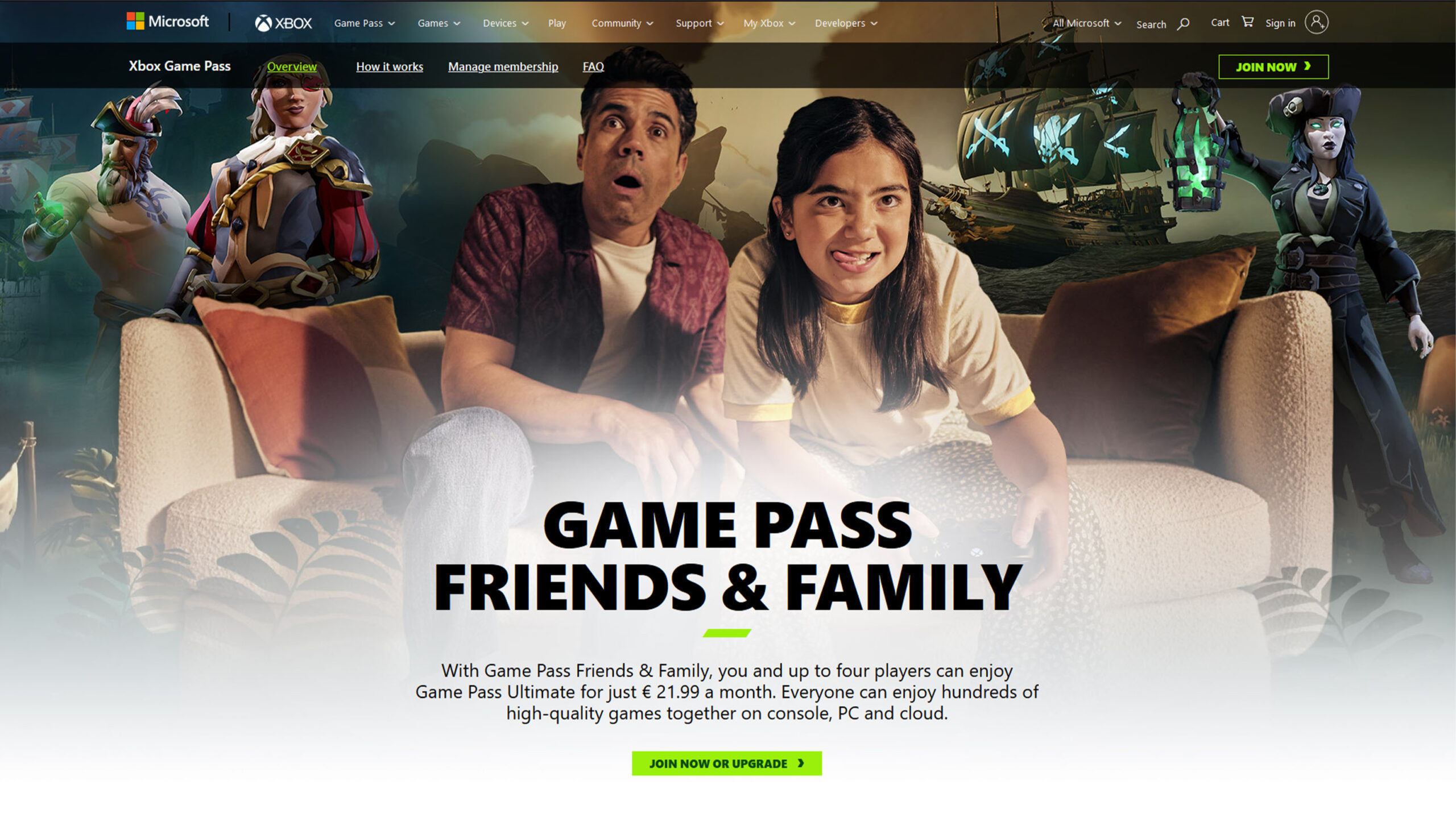 Early in August, Microsoft started testing a family subscription for its Xbox Game Pass service in Ireland and Colombia. Now the company has revealed more details of its ‘Friends & Family’ plan, including the ability to share the service with multiple people.

Per The Verge, Game Pass Friends & Family costs €21.99 per month in Ireland and 49,000 COP in Colombia. Microsoft hasn’t detailed plans to expand the service beyond those countries yet, saying only that “future countries/regions might be added in the next months” on a FAQ page. The Verge says the price will likely be around $25/mo in the U.S. (about $32.82/mo CAD, although direct conversions usually aren’t accurate reflections of subscription costs).

The subscription includes support for up to five accounts, with the only restriction being that all the people added to the plan need to be in the same country. The Verge says it works out to less than €5/mo per person to gain all the benefits of Xbox Game Pass Ultimate, which costs €12.99/mo. In Canada, Game Pass Ultimate costs $16.99/mo.

Moreover, Microsoft notes that switching from an existing Game Pass plan to Friends & Family isn’t a one-to-one conversion and laid out the following details for how upgrades work:

Overall, the Game Pass Friends & Family subscription looks like it’ll be a win. It remains to be seen how much it will cost in Canada, but if it has a similar value to the Irish pricing, I’ll likely make the switch.