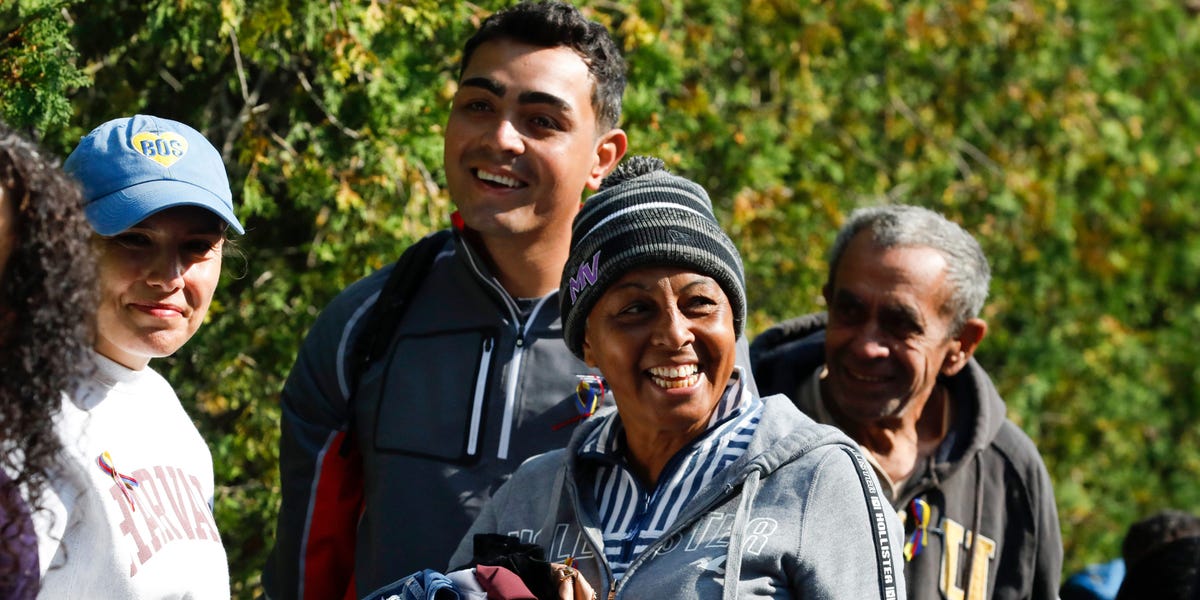 Many of the asylum-seeking migrants flown to the Massachusetts island of Martha’s Vineyard by Republican Florida Gov. Ron DeSantis were family members in pursuit of a “better life,” a local lawmaker told Insider on Wednesday.

Among the 49 mostly Venezuelan migrants, who were taken to the upscale coastal enclave from Texas last week, were 27 “family units,” Massachusetts State Sen. Julian Cyr said, explaining that some pairs and groups were brothers or cousins.

The majority of the migrants were men in their 20s and 30s, said the Democratic politician. The group included six children, he said.

One migrant, a 26-year-old systems engineer, traveled to the United States with his two brothers from Venezuela, said Cyr.

“These are people trying to make a better life,” said Cyr who personally spoke to several of the immigrants after DeSantis had them flown on two chartered planes to Martha’s Vineyard unannounced last week, sparking a political firestorm.

Cyr said that Venezuela is “a failing regime under a communist dictatorship.” The migrants, Cyr said, spoke “about how they’re fleeing that regime for opportunity, for democracy.”

“I think we need to continue to remind everyone involved that we’re talking about human beings and to see human beings, vulnerable, who were lawfully seeking a better life who were used as political pawns,” Cyr said.

A group of the migrants on Tuesday filed a federal class action suit against DeSantis and other state officials, alleging that they carried out a “scheme to defraud vulnerable immigrants to advance a political motive.”

Lawyers representing a majority of the migrants have called on state and federal prosecutors to open a criminal probe into what they have called a “shameful political stunt.”

The immigrants have since been relocated to a military base in Cape Cod, Massachusetts.

“This is not about finding solutions to immigration,” Cyr, who represents Martha’s Vineyard, told Insider. “This is about a political stunt at the expense of vulnerable people — that’s disgusting. That’s un-American.”