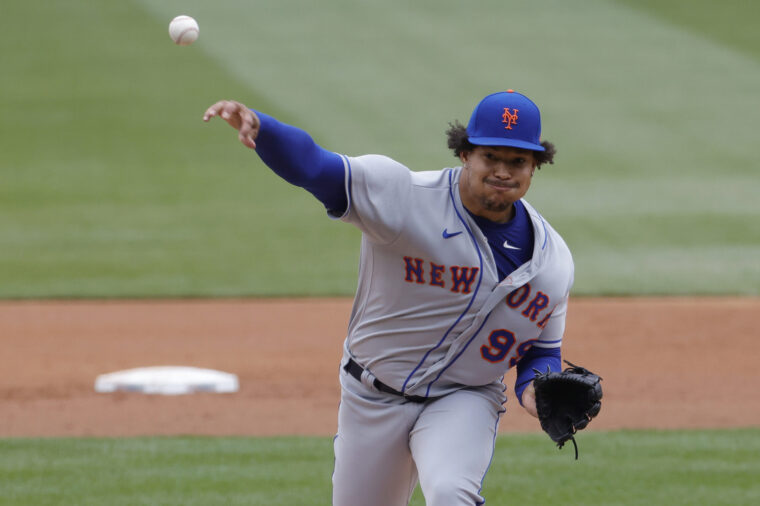 The Mets go for their second consecutive series sweep this afternoon as they take on the Brewers one last time during the regular season. The Brewers got ahead early last night but then the Mets struck back. In the sixth, inning Alonso hit a three-run bomb to cut the deficit to one run. In the 7th Lindor hit a grand slam to take the lead.

Meanwhile, the Braves were able to suppress a comeback from the Nationals so the Mets division lead heading into today remains at one game. The Braves will go to Philly next to play a four-game set while the Mets get a day off before traveling to Oakland to take on the Athletics.

Taijuan Walker looks to lead the Mets to victory this afternoon. Over 26 starts and 142 innings this season Walker has a 3.42 ERA, 3.71 FIP, 1.176 WHIP and a 114 ERA+. He’s coming off of a deep outing against Pittsburgh where he pitched 7 1/3 innings, allowing three runs, two earned, from five hits and no walks. Overall in his last two starts, he’s allowed four runs, three earned in 14 1/3 innings of work while striking out 15 batters. The Brewers have the following career numbers against him:

Going for a sweep in Milwaukee. #LGM pic.twitter.com/EHFvHH0P1c

The Mets bats will close out their time in Milwaukee against Adrian Houser. Houser has pitched in 20 games (19 starts) this season with 94 2/3 innings of work, posting a 4.85 ERA, 4.18 FIP, 1.489 WHIP, and an 82 ERA+. September started off great for Houser, allowing four runs but only two earned across two starts and 11 innings of work, dipping his season ERA from 5.02 to 4.61. Then he faced the Yankees his last time out. The Yankees scored five runs, four earned, off seven hits (no homers!) while recording four walks in three innings of work.

The Brewers will need Houser to go deeper into this game as the Mets have gotten into the Brewers bullpen earlier than expected each of the last two nights. Back in June when Houser started against the Mets, the Mets scored four runs off eight hits and a walk in 4 2/3 innings. The Mets have the following career numbers against him:

Starling Marte (fractured right middle finger) hopes to attempt to hit and throw again as soon as today. He’s optimistic that he can return at least in time for the Mets’ critical three-game series in Atlanta next weekend.