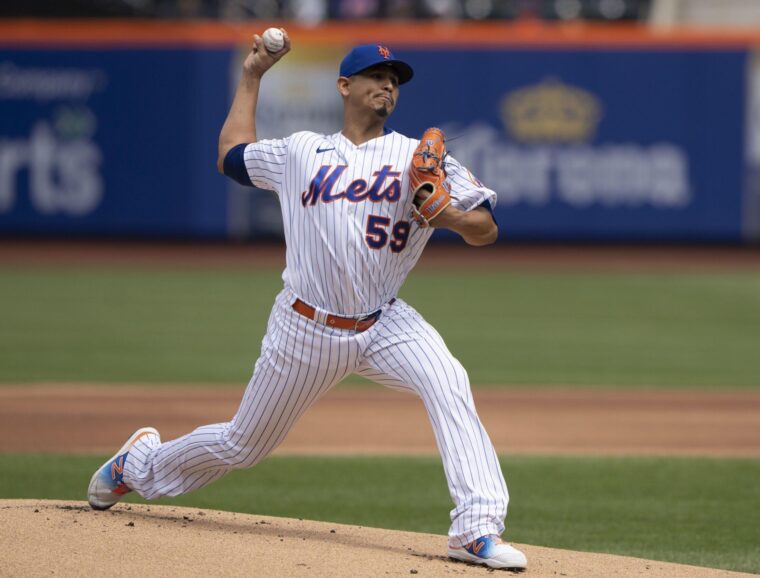 The New York Mets will try to bounce back today from a frustrating game last night. Max Scherzer looked good through five innings, but left after throwing only 67 pitches due to fatigue in his left side. As a precaution, he did not want to push through it.

The Mets’ bats, though, couldn’t string anything together against Patrick Corbin. Going into the 9th inning, the Mets were down 2-1 and there was still a chance they could muster a comeback but then Adonis Medina faltered  and the Nationals won 7-1.

This will be Carrasco’s fourth start against the Nationals this season. Over his first three starts. he’s allowed three runs via 13 hits and five walks while striking out 15 batters in 17 1/3 innings (1.56 ERA). The Nationals have the following career numbers against him:

Fedde has faced the Mets twice this season. In his first start of the season, he allowed two runs from five hits and walked two over five innings. Then, at the end of May, he allowed six runs from eight hits and a walk over 1 1/3 innings. The Mets have the following career numbers against him:

The Mets lead over the Atlanta Braves shrunk to 2.0 games last night. Today, the Braves play the Miami Marlins at 1:35 P.M. with Max Fried on the mound. Pablo Lopez is pitching for Miami.

The Mets are 44-20 against the NL East this season. New York’s .688 winning percentage in the division is the highest in franchise history.

The Mets have won nine of their last 10 games during the day.