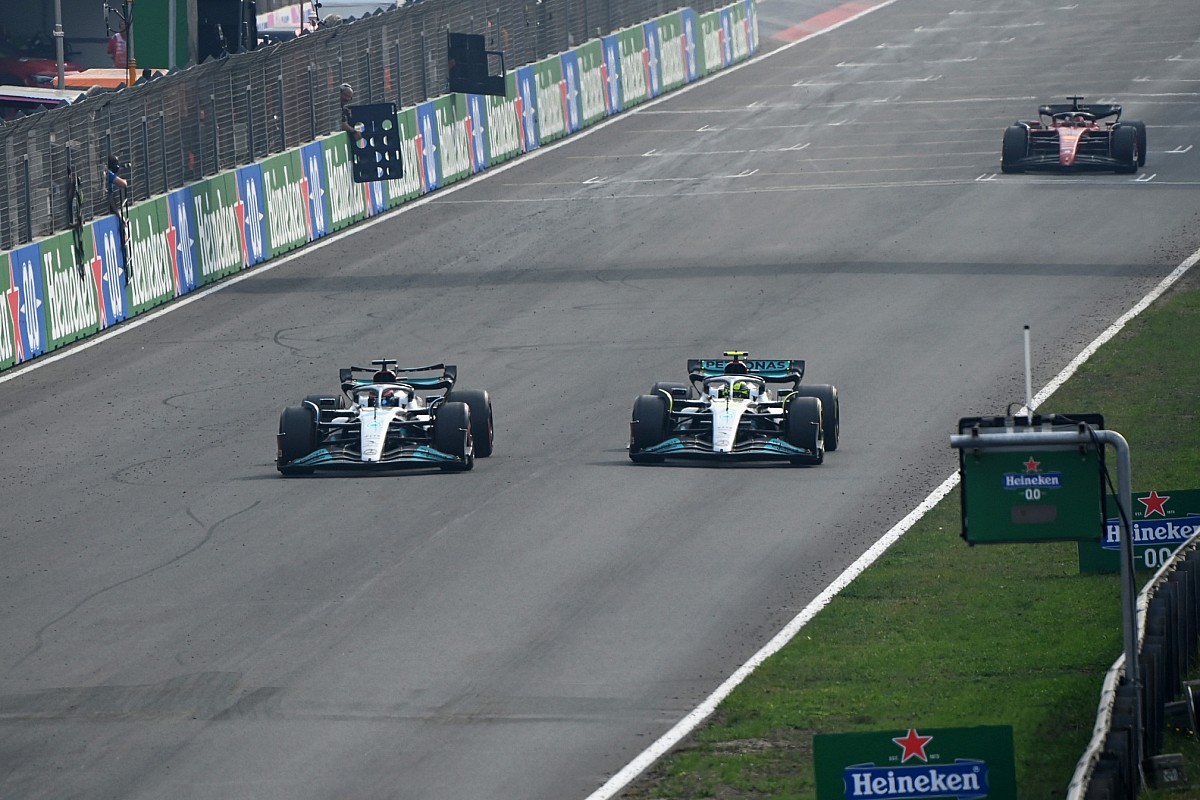 During the safety car period produced by Valtteri Bottas’ stranded Alfa Romeo, Russell took the opportunity to call his own shots and asked for a set of soft tyres to complete the final stages of the race.

Running second at that point, Russell conceded the place to race winner Max Verstappen as Hamilton stayed out on used mediums, which ultimately cost him the lead as Verstappen stalked the Briton through the Turn 14 banking and swiped past at the end of the straight.

Russell then caught and passed Hamilton ahead of the 64th lap, but was inches away from clouting the rear end of his teammate as he cut through the slipstream to place his W13 on the inside into Turn 1.

This was, according to the 24-year-old, a moment of confusion between the two as they tried to anticipate each other’s moves.

“Obviously with that I would say, with Lewis, we just had a bit of confusion and I came out just as he defended,” Russell explained.

“It could have been a bit nasty but you know, we’ve got respect between the two of us so it’s all good.” 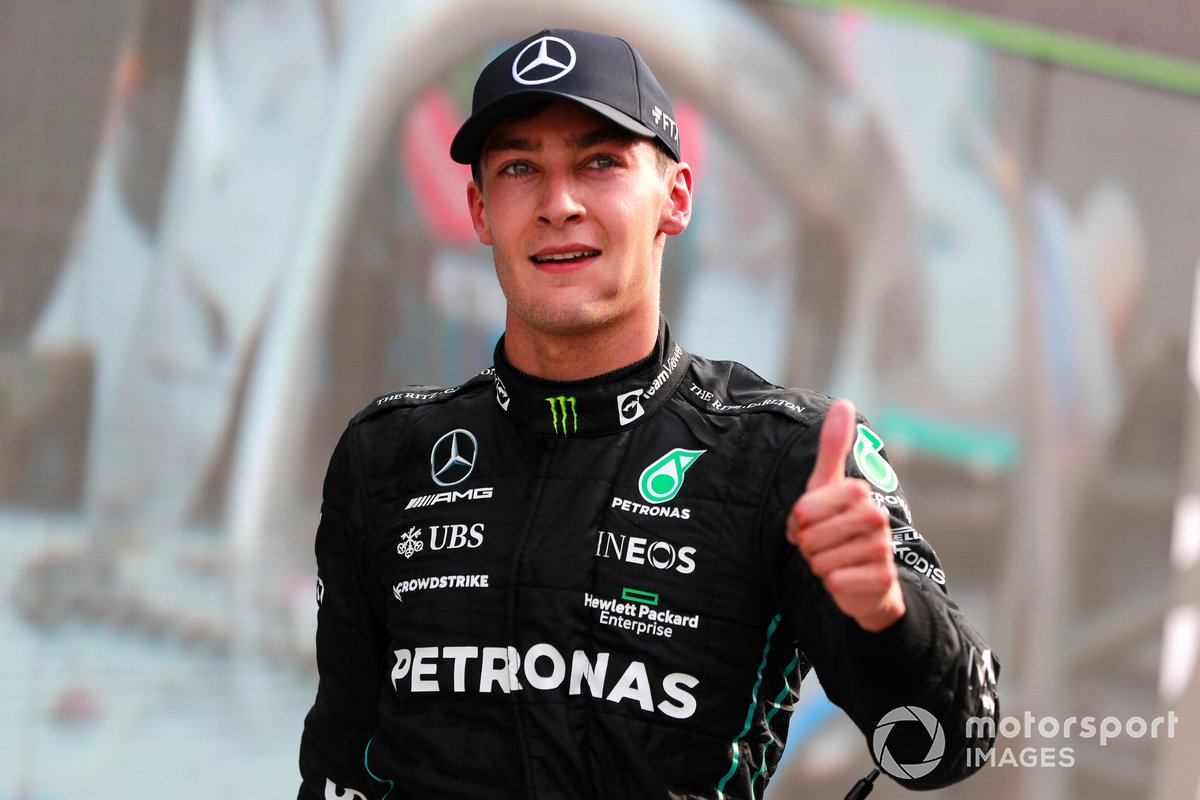 Russell also clarified his view on the Mercedes strategy amid the safety car, feeling that the team’s best chance of claiming a victory at Zandvoort was in splitting its tactics and hedging its bets.

Although Russell felt that it was a difficult decision to make and felt that Hamilton’s performance was ultimately deserving of a podium position, he said that the result could have been very different if the medium tyres could fire up.

“I think as a team it was incredibly difficult decision, because had we both pitted we would have conceded the position to Max. Had we both stayed out we probably both would have lost out to Max as well,” Russell elucidated.

“The best chance we as a team had of victory was splitting the cars, one to stay ahead of Max, one to stay behind and see what happened.

“If [Hamilton] could have just got those tyres restarted it could have been different, but you know, it was always gonna be very, very challenging for him.

“I’m sure Lewis wanted to go for it; as a racing driver and where we are at the moment as a team, we want to win. We’re obviously really happy with the points, just being consistent getting them on the board.

“But ultimately no one remembers who finishes second in the championship, so we want to win a race.”