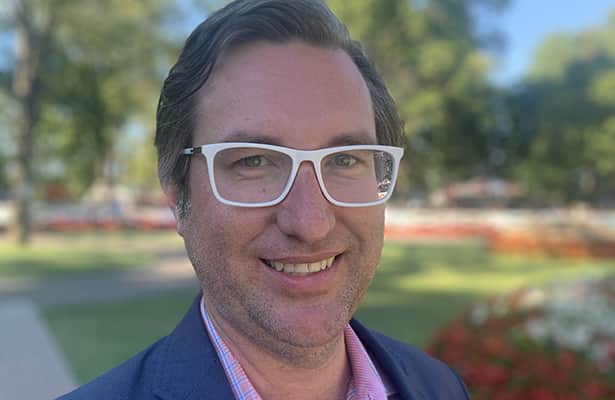 Jim Mulvihill has seemingly done it all in horse racing, and after Monday, that might just be true.

Mulvihill, 44, has worn many hats within the Thoroughbred industry, but on Sunday at Arapahoe Park the veteran communicator will don binoculars and a microphone.

“Why not give it a go,” Mulvihill said of serving as track announcer. “This is like accepting an invitation to play a solo concert on an instrument I’ve never played before.”

Born in Pittsburgh, Mulvihill considers New Orleans home, and his first trips to the racetrack came with family to the Fair Grounds. However, it was not until his brother arranged a trip during a college break that the bug bit Jim.

“It went from a fascination to a hobby to a passion and just escalated from there,” Mulvihill said.

Mulvihill attended Emerson College in Boston and spent time at Suffolk Downs where announcer Larry Collmus plied his trade before going on to become the voice of the Triple Crown and Breeders’ Cup for NBC.

“I’ve admired him not just for his calls in so many important races but also for being a nice guy to me when I was a college kid,” he said.

Mulvihill began his racing career with aspirations of being a Turf writer, contributing to The Saratoga Special and Thoroughbred Times.

“I was just never able to land a full-time role with anybody as a staff writer, but PR and communications jobs just kept coming to me,” he said.

That’s when Fair Grounds and the NTRA came into play, and he has also held communication roles at art museums in Houston and New Orleans.

At every racetrack you go to, it seems like there are one or two people there that have held 8,000 jobs in the sport, and I feel like I’m well on my way to being one of those types of people,” Mulvihill said.

With recent hits in mainstream news and track closures, there’s no denying that horse racing as an industry is facing a steep climb in terms of growth. Being as involved as he has been over the course of his life, Mulvihill has lots of thoughts and suggestions on how to keep horse racing alive.

“Growing on-track experience, that’s something I feel very strongly about,” he said. “You don’t need elite-level racing to offer a first-class experience at the race track.”

As far as what the future holds for Mulvihill, there is nothing but an open road ahead of him. “I probably have more moves ahead of me, and wherever we go, I want to make myself useful to whatever the local racetrack is.”