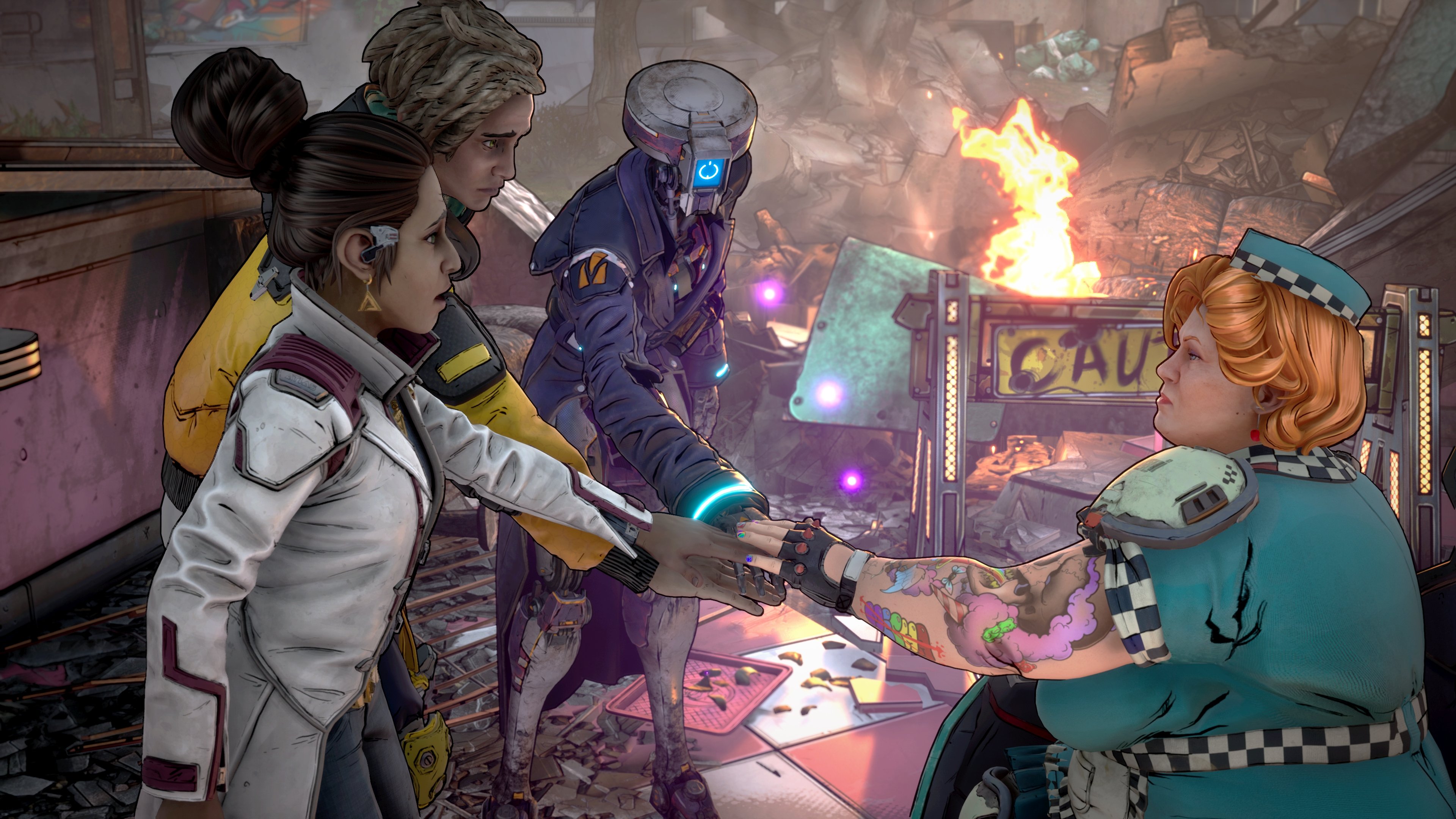 Publisher 2K and developer Gearbox Software have released the official “Characters” trailer and 18 minutes of gameplay for New Tales from the Borderlands.

Get the latest details below, via 2K.

New Tales from the Borderlands is developed by Gearbox Software, who partnered with key alumni of the original Telltale Games narrative team to craft the all-new story. This spiritual successor carries forward the same bold sense of adventure and storytelling with a standalone narrative full of heartwarming emotion, a new cast, and classic Borderlands humor.

In the newly revealed gameplay footage, fans get their first taste of the deep, raucous cinematic adventure where the ruthless corporations of the Borderlands, powerful universe-changing Vault technology, and three ordinary citizens collide. Highlights include:

For those looking to learn more about the protagonists of New Tales from the Borderlands, look no further than the new character trailer, featuring the altruistic scientist Anu, her ambitious, “streetwise” brother Octavio, and the fierce, frogurt-slinging Fran.

Every choice players make, big or small, will determine the fate of each character in unexpected ways. Whether it’s Anu’s vision of a universe that markets more than weapons, Octavio’s dreams of fame and fortune, or Fran’s frosty plot for revenge, their success or failure depends on decisions made throughout gameplay. Only by playing will players fully understand how their decisions can change the Borderlands.

New Tales from the Borderlands is due out for PlayStation 5, Xbox Series, PlayStation 4, Xbox One, Switch, and PC via Steam and Epic Games Store on October 21.

Watch the footage below. View a new set of screenshots at the gallery.