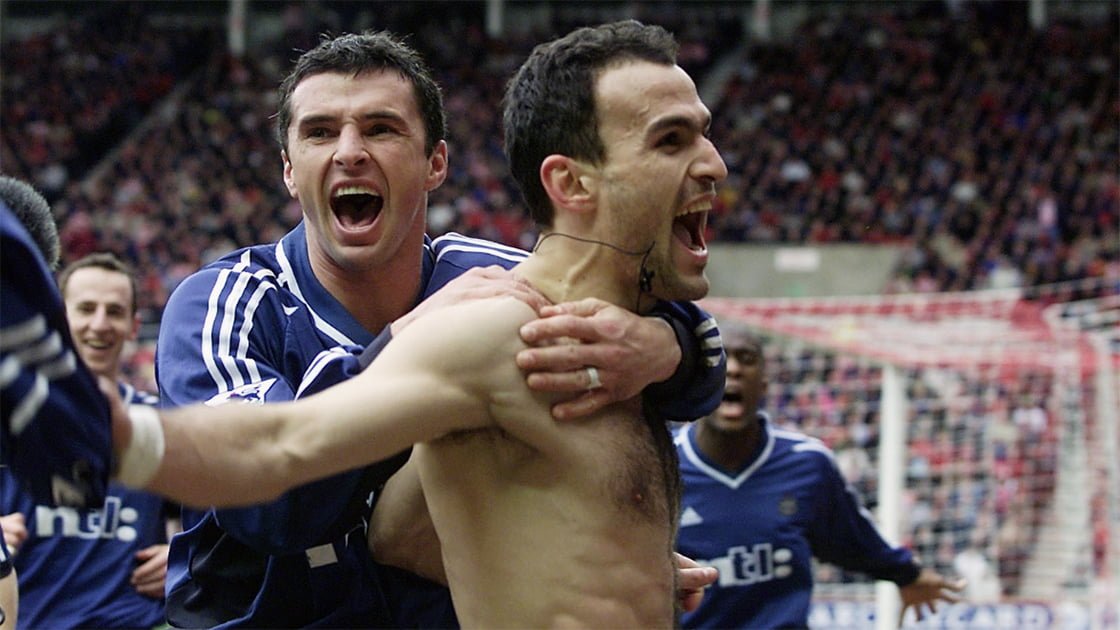 Nikos Dabizas cut his teeth as a professional footballer in the third tier of Greek football in the early 1990s.

Turning 21 in summer 1994, he earned a move to Olympiakos and in his three and a half seasons at the club helped them to two domestic titles (they hadn’t won the league in over a decade) and played in the Champions League.

When Kenny Dalglish came calling in 1998, Nikos Dabizas jumped at the chance of joining Newcastle United and playing in the English Premier League.

At £2m, Dabizas proved to be one of Dalglish’s better purchases in the hapless Scot’s woeful 18 months in the United hotseat.

Although our league form was dire in his one full NUFC season, Dalglish somehow steered an unrecognisable Newcastle United team from what he had inherited from Kevin Keegan a year earlier, to the 1998 FA Cup final.

Nikos Dabizas fared well against Dennis Bergkamp and Nicholas Anelka but double chasing Arsenal were not to be denied at Wembley winning 2-0, though Nik the Greek was unlucky to see his header early in the second half come back off the bar, denying United the equaliser.

Nikos Dabizas was back in the FA Cup final at Wembley again in 1999, this time under Ruud Gullit.

Another similar ‘nothing to lose’ scenario, with Manchester United going onto to secure their second trophy of an historic treble.

The arrival of Sir Bobby Robson four months later brought some stability back into the dressing room, with a now settled Nikos Dabizas was trusted and highly rated by our new boss.

Nikos’ finest season for us came in 2001/02. Over the previous couple of years he had formed a good partnership with another ‘bargain’ signing Andy O’Brien.

A 4-3 win against Man Utd had got the season off well, whilst two away wins at Highbury and Elland Road just before Christmas saw NUFC proudly sitting on top of the league on Christmas Day 2001.

In February 2002, Nikos Dabizas headed the winner against the mackems at the Stadium of Light, hero status well and truly assured as he celebrated bare-chested like a Greek God.

During the 2003/04 season Nikos began picking up niggling injuries and the club also now had Jonathon Woodgate on our books.

He agreed to join Leicester City and was in the Greek national squad for the 2004 European Championship finals in Portugal. Against all odds, Greece eventually beat the hosts in the final to lift the trophy.

After his playing career ended, Nikos Dabizas has since had two spells as Sporting Director back in his homeland with Panathinaikos.

Nikos gave Newcastle United six fine years of solid service (scoring eleven times in 130 league appearances), and will always be fondly remembered and received by his friends and fans on Tyneside.